Home » Kids Health » Everything We Know About Aquamarine Healing Crystals 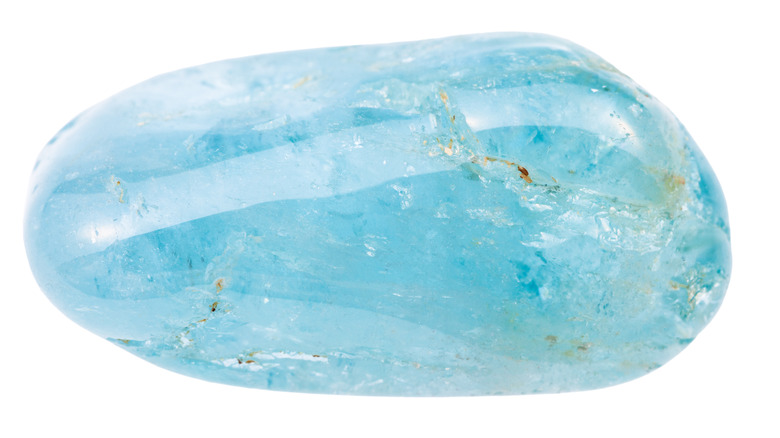 There was a time when crystals were purely decorative, either in a home or adorned on the body as jewelry. There was also a time long ago when people used crystals for healing, as they again do in the 21st century. The first record of healing crystals dates back to ancient Sumerians, according to Crystal Age. There are countless crystal types, with the aquamarine crystal offering a host of positive benefits to your mental and physical well-being.

The name aquamarine comes from the crystal’s color, which can range from a dark blue to a blue-green, depending on the light. The name conjures up visions of a clear sea, which is why this crystal was once called “water of the sea” by Roman fishermen, according to the American Gem Society. The ancient Egyptians were also a fan of aquamarine gems, with beads made from it found on mummies. But what can aquamarine crystals do for us today?

Relieve your stress with the healing powers of aquamarine crystals 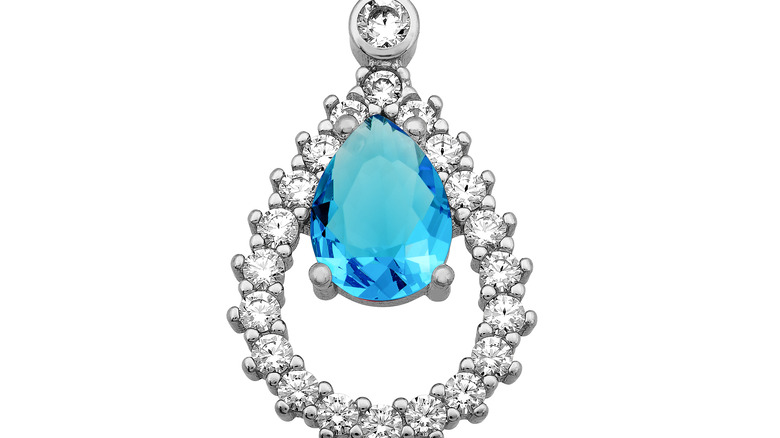 Just as the sea it is named for can conjure up peaceful thoughts in your mind, aquamarine crystals are known to bring peace to your life, reports Energy Muse. The water symbolized in its name is said to wash away your life stress and constant fears, leaving you feeling renewed and calm.

Deep breathing is often associated with calming nerves during trying times and aquamarines were also once known as a “breath stone,” according to Moon Magic. The website recommends you hold it or wear it as jewelry when stressed. It can also physically help your breathing, opening up your sinuses, while helping with lung issues and allergies.

Aquamarine crystals can help us physically in other ways, as well. Moon Magic advises placing them on your eyelids for up to a half hour before bed to reduce swelling and irritation. And if your heart feels like it may be beating out of your chest, place one on the center of your breastbone.

Finally, aquamarine crystals are known to give women the courage to speak their true feelings when so much is often bottled up inside. For men, it breaks down their emotional barriers, leading to better communication and understanding of one another (via Moon Magic).