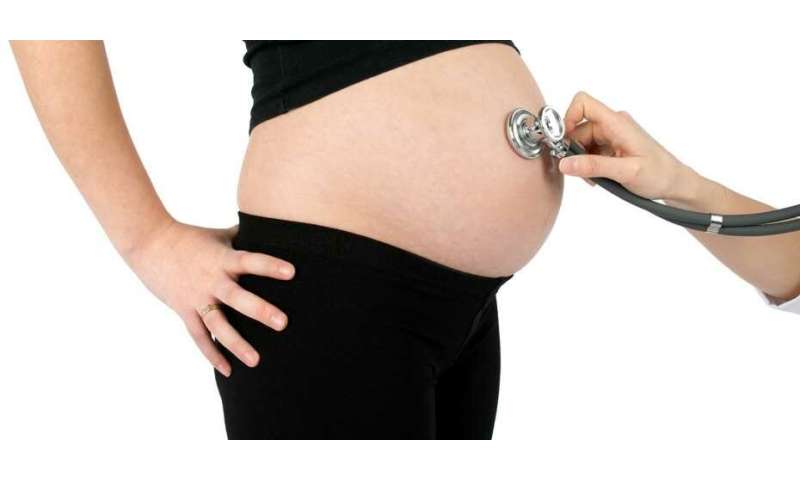 Researchers at ETH Zurich have used trials with mice to shed light on signalling pathways that lead to thickened and less elastic blood vessels. They have developed a treatment approach for pregnant women with previously untreatable preeclampsia.

One in 20 women around the world suffers from preeclampsia during pregnancy. It causes a rise in blood pressure and the kidneys cease to function. Preeclampsia is one of the most common causes of death during pregnancy – for both the mother and the unborn child. There is currently no treatment. The only method doctors have to prevent eclampsia – a life-threatening epileptic seizure – is early delivery.

“As long as the symptoms of the mother and foetus allow it, we can wait before initiating the birth,” says Ursula Quitterer, professor of Molecular Pharmacology at ETH Zurich. Together with scientists from Switzerland and the US and the head doctor of the Department of Obstetrics & Gynaecology at Cairo University, she has now published the results in the journal Cell; these point the way toward the first possible drug treatment for preeclampsia.

At the centre of the investigations are interlocked or aggregated receptors, known as heterodimers. They respond not only to hormonal impulses, but also to mechanical stimuli, triggering signal cascades inside the blood vessel cells that can derail due to feedback loops and alter the appearance and behaviour of the cells fundamentally. Healthy vessels contract when needed (contractile), but vascular cells swell during preeclampsia and the blood vessels lose their elasticity.

This is due to the strong pressure in the abdomen during the last trimester of pregnancy, which leads to over-stimulation of the receptor heterodimers, as noted by Quitterer and her colleagues. The researchers genetically engineered mice to accumulate the two receptors responsible for sensing the mechanical stimulus in their blood vessel cells. After 18 of 20 days of gestation, the mice developed the same symptoms as those seen in women with preeclampsia: increased blood pressure and protein in their urine.

Conversely, the researchers were able to delay the onset of preeclampsia by reducing the receptor heterodimers. They treated the mice with amlodipine, an old (and no longer patented) antihypertensive drug, which blocks a calcium channel, thus disrupting the signal cascade triggered by the receptor heterodimers. The treatment ensured that the vessel cells did not swell and that the walls of the blood vessels remained elastic.

Quitterer and her colleagues encountered the interlocked receptors not only in their genetically modified mice, but also in placental tissue samples from women suffering from preeclampsia. To test whether the receptor heterodimers play as crucial a role in humans as in mice, the head doctor at the Department of Obstetrics & Gynaecology at Cairo University working with the researchers treated four pregnant women with incipient preeclampsia with amlodipine and four with nifedipine. The latter is chemically related to amlodipine and is also a calcium channel blocker.

Although both treatments lowered blood pressure, amlodipine prolonged the pregnancy significantly. Compared with the group treated with nifedipine, the women in the amlodipine group were able deliver four days later on average. For Quitterer, these results are clinically relevant because “every day that the foetus has left to develop in the mother’s womb counts when it comes to premature births”.