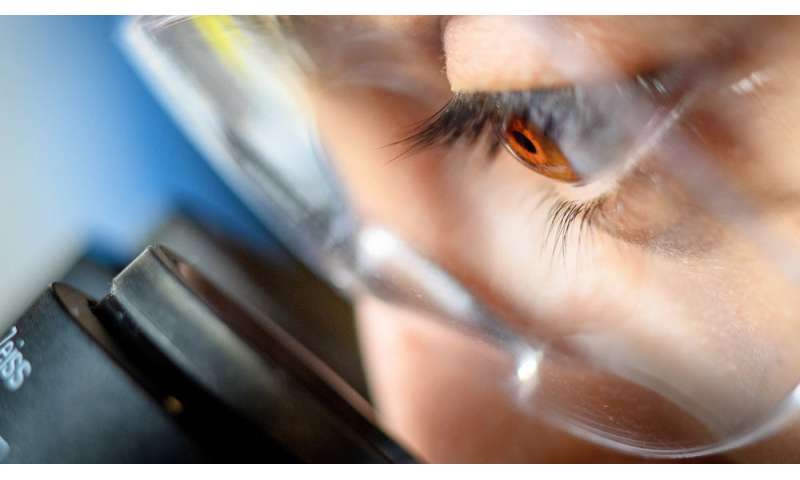 The World Health Organization has set a goal to eliminate river blindness, a neglected tropical disease found mostly in African villages near fast-flowing rivers and streams, by 2030. Spread by bites from black flies that deposit a parasitic worm under the skin, the disease can cause itching and skin infections in addition to blindness.

Current approaches to reduce transmission of river blindness include treating those rivers and streams with pesticides, as well as providing drug therapy, but neither method has come close to ending transmission of the disease.

In a new study, a University of Notre Dame research team used mathematical modeling, which showed combining mass drug distribution with removing vegetation may be the quickest way to curb transmission.

“Modeling is a powerful tool to synthesize myriad information about parasite transmission,” said lead author Edwin Michael, professor in the Department of Biological Sciences at Notre Dame. “Once we obtain a working model, we have the capability to do forecasting into the future, and we can also use the available short-term, limited data to present decision makers with new information that is not otherwise available.”

Removing vegetation trailing in fast-flowing water bodies and throwing it onto riverbanks kills the black fly larvae, according to the study’s findings. This form of vector control, called “slash and clear,” was tried briefly during the 1960s and found effective, but wasn’t continued. The study, published in Nature’s Scientific Reports, includes modeling after a one-year field trial where researchers lived in villages in Uganda and worked with residents to test the process and earn their buy-in.

“All you need are machetes, and the activity is well-accepted by the community,” said Michael, who is affiliated with the Eck Institute for Global Health. “And there’s no cost involved.”

The group’s modeling work synthesized the information from the trial data and forecast the outcomes of the intervention into the future in different locations. The approach allowed researchers to understand how slash-and-clear impacts extinction of both black flies and worm infection in humans, and showed that the method worked well even when performed just once per year during the first month of the rainy season.

The slash-and-burn approach, because it is community-based and is free, can be more sustainable than using pesticides because the latter relies on governments to complete dosing rivers in a timely fashion, and costs money. It is also a feasible addition to administering drugs that kill the worm. The drugs can take many years to interrupt transmission, because adult worms can live for up to 15 years in the body.

The next step in the research is to develop further testing in the field, but Michael stressed that mathematical modeling can save some of the time and effort that would normally be used for conducting such empirical studies.