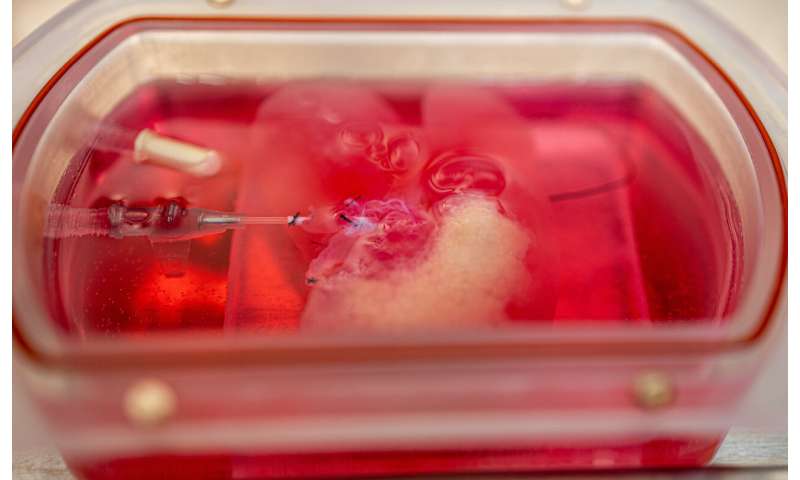 Researchers at the University of Pittsburgh School of Medicine are the first to grow genetically modified miniature human livers in the laboratory, to emulate human liver disease progression and test therapeutics.

In a proof-of-concept paper published today in Cell Metabolism, Pitt researchers chronicle how they transformed genetically engineered human cells into functional, 3-D liver tissue that mimics non-alcoholic fatty liver disease (NAFLD)—a condition involving fat buildup in the liver, which can lead to cirrhosis or even liver failure. With obesity rates in America climbing, NAFLD is quickly becoming the leading cause of chronic liver disease.

“This is the first time we can create genetically engineered human mini livers with a disease using stem cells in the lab,” said senior author Alejandro Soto-Gutierrez, M.D., Ph.D., associate professor of pathology at Pitt’s School of Medicine and faculty member of the McGowan Institute for Regenerative Medicine and the Pittsburgh Liver Research Center.

That’s important not only for understanding what causes the disease and how it progresses, but also for testing therapeutics. It’s common for drugs to fail in clinical trials, despite promising results in mice.

For instance, the drug Resveratrol, which acts on SIRT1 proteins commonly associated with NAFLD, was effective in mouse models, but failed in human clinical trials.

“Mice aren’t humans,” Soto-Gutierrez said. “We are born with certain mutations, polymorphisms, that will predispose us to certain diseases, but you can’t study polymorphisms in mice, so making a mini customized human liver is advantageous.”

First, the researchers genetically engineered normal human skin cells to express a chemically activated switch that could tamp down the SIRT1 gene. Then, they reprogrammed the cells back to their stem cell state and turned them into liver cells. After that, they seeded the genetically engineered human liver cells into rat livers stripped of their own cells, where they blossomed into functional 3-D mini livers, with blood vessels and other structural features of a normal organ. 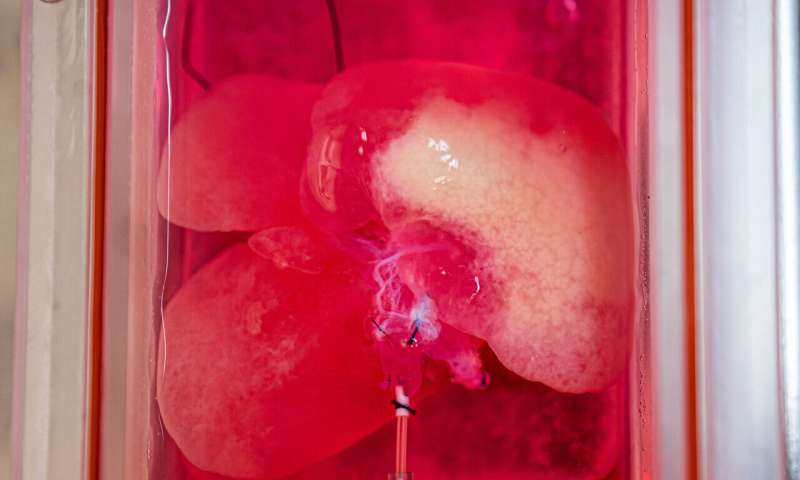 That structure is part of what distinguishes mini livers from ‘organoid’ cultures—tiny balls of cells that self-assemble to replicate simplified organ function—although the mini livers lacked the distinct zones of metabolic function that normal livers have.

Once the mini livers were mature, the researchers flipped the genetic switch to suppress the SIRT1 gene, and the bioengineered mini livers started to mimic the metabolic dysfunction observed in tissues from patients with fatty liver disease.

But just like the clinical trials, Resveratrol wasn’t effective in the lab-grown livers either.

The key, Soto-Gutierrez explained, is that Resveratrol boosts the activity of SIRT1 proteins, not SIRT1 genes. If SIRT1 gene expression is suppressed—like it is in his bioengineered livers, and perhaps also NAFLD patients—there isn’t any protein to act on, so the drug won’t work. It’s targeting the wrong step.

“That’s an insight that could only come from studying functional human tissue,” Soto-Gutierrez said.

Genetically engineered, lab-grown mini livers provide a ready and reliable test-bed for drugs at all stages of disease progression. 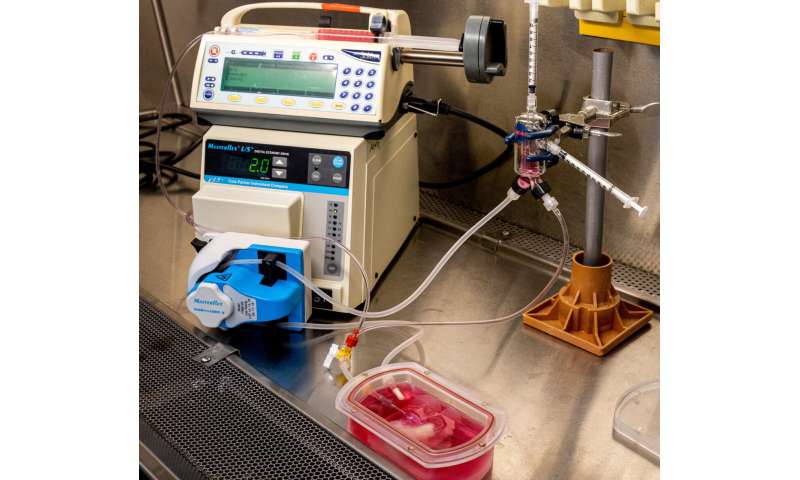 “These mini livers aren’t ready for clinical applications like transplantation anytime soon, but I imagine in the future we can make human livers where you can order what kind of function you want, or even enhance function,” Soto-Gutierrez added.