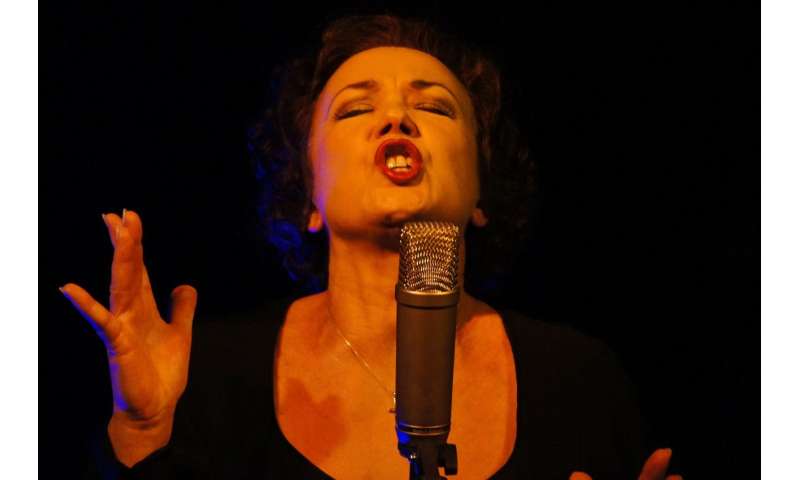 Though it’s easy to hear a singer hit a bad note, what’s contributing to that inaccuracy might actually be inaudible.

Sub-vocalization, the silent, preparatory muscle movements of the face and larynx that result when singers run a song through their heads prior to vocalizing, could be nudging them out of tune, according to University at Buffalo researchers.

Their study in the journal Psychophysiology, made available online in October 2018 ahead of final publication in print in March 2019, for the first time presents evidence suggesting a relationship among sub-vocalization, auditory imagery and poor pitch singing.

The findings, based on data from electrically monitoring these nearly imperceptible movements, have implications both within and beyond the domains of music and music instruction and provide valuable insights into an area of cognition that is not well understood.

Inaccurate singing is largely a mystery. People who have trouble singing accurately don’t appear to have problems hearing pitch relationships or controlling pitch when speaking. So why is finding the correct pitch difficult when singing?

“It would seem like there might be an issue in relating what they perceive musically to the motor planning that’s required to sing,” says Peter Pfordresher, a professor in UB’s Department of Psychology and study’s co-author with Tim Pruitt, a UB doctoral candidate, and Andrea Halpern, professor of psychology at Bucknell University. “Basically that means taking the sounds in their head and converting those into the finely tuned muscle movements that we have to engage in to sing.”

Enter auditory imagery. Singers create these auditory images when they hear in their heads the tune they’re about to sing. This is different from sight singing, where trained singers read notes from a written score.

When creating auditory imagery, singers silently sub-vocalize, like priming the pump in preparation for song. More than an exclusively mental process, sub-vocalization involves at its periphery specific muscle involvement.

For the participants in this study, the harder the task, the greater the sub-vocalization.

Task difficulty could be contributing to that relationship, but Pfordresher says the sub-vocal movements could be a counterproductive strategy. If the movements are related to task difficulty, he says the goal to improve accuracy would involve getting people to better imagine sound, but if the latter, then the treatment would involve reducing sub-vocalizations.

There are benefits to speech as well, especially when learning tonal languages, like Mandarin.

The study involved 46 musically inexperienced participants who were presented with both visual and auditory imagery tasks in order to directly compare the two and determine if sub-vocalization was the general result of imagination or related exclusively to auditory imagery.

To do this, the researchers presented participants with a melody, gave them time to imagine it and then asked them to imitate. The visual task proceeded along the same progression, but the image was a novel object, something that doesn’t actually exist, which participants had to describe afterward.

Each participant was connected to an electromyography monitor to capture the movements that characterize sub-vocalization. The results validated that auditory imagery involves sub-vocalization and that the process in not generally a matter of mental activity.

That in itself was a breakthrough, according to the authors

“When we started this it wasn’t clear we would find anything,” says Pfordresher. “Even a researcher who uses electromyography to study facial movement during singing was doubtful.