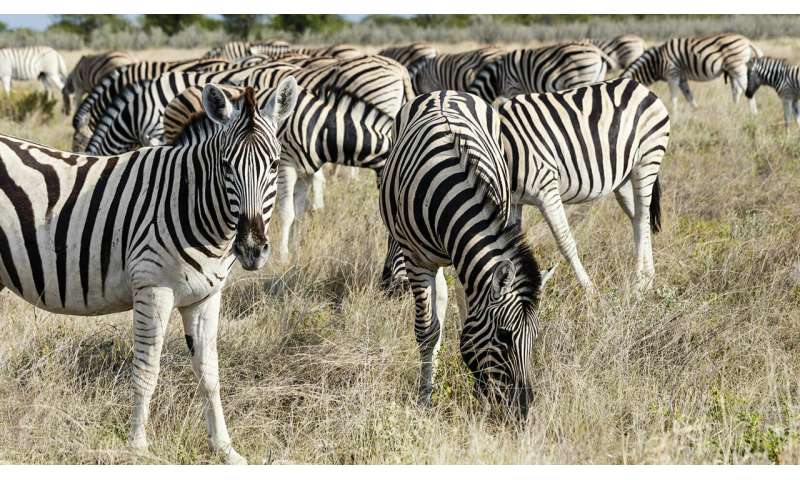 Anthrax is a serious infectious disease caused by the bacteria Bacillus anthracis, according to the Centers for Disease Control and Prevention (CDC). The bacteria is an environmentally persistent pathogen that naturally occurs in soil, and can infect wild and domestic herbivore animals that inhale or ingest spores in soil, plants or water.

The variation in anthrax outbreaks worldwide hinders successful prediction and response, according to the researchers. There is a lack of understanding of the factors driving geographic differences in the ecology of the pathogen, as well as the pattern of disease outbreaks.

The scientists will conduct research in two national parks in southern Africa that differ in the timing and severity of anthrax outbreaks. They will investigate the roles of host, pathogen and environment to understand how the pathogen-host interaction evolves and contributes to the differences in anthrax occurrences in the two study areas.

The project will focus on host and environment processes to understand how tradeoffs in pathogen survival and transmission affect pathogen diversity, host resistance and disease incidence, and ultimately, how these processes may drive host-pathogen coevolution.

The research, using genomics, and statistical and dynamic modeling, has implications for public health, agriculture and biosecurity. It also could add to the understanding of other epidemic and emerging diseases that similarly have a variety of transmission modes, high environmental survival and wide host range. Researchers will build models predicting anthrax transmission dynamics across ecosystems.

The research will facilitate development of predictive tools to better manage public health and related policies for complex, multihost zoonotic diseases, such as anthrax.

Humans can contract anthrax if they come in contact with infected animals or contaminated animal products, according to the CDC. In addition, people can develop the disease if the spores are inhaled, or enter the bloodstream through a wound, or by ingestion or injection.