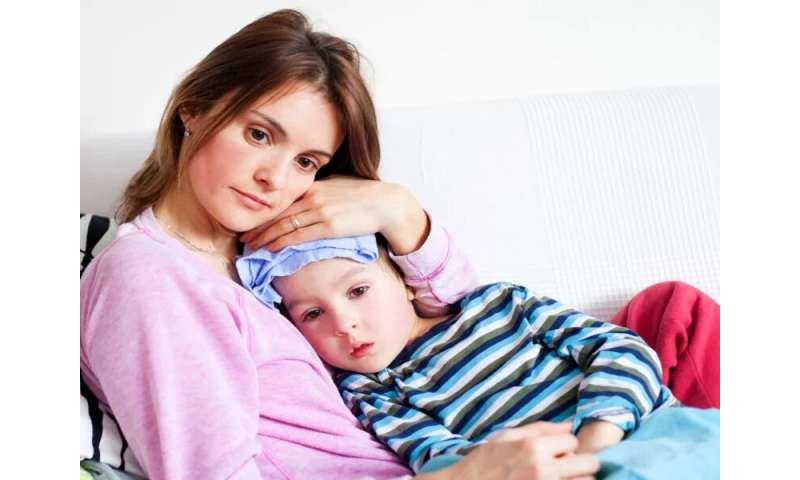 (HealthDay)—Early treatment with an immune-boosting therapy might improve the outlook of young children with an advanced form of cancer, a new small study suggests.

The trial involved 43 children with high-risk neuroblastoma, a cancer that starts in immature nerve cells. Researchers found that a new treatment approach—involving an experimental antibody given right off the bat—started to quickly beat back the cancer in most kids.

After two years, most were still free of a relapse or cancer progression, according to findings published online Oct. 10 in the journal Clinical Cancer Research.

Neuroblastoma is a rare cancer that primarily affects babies and children younger than 5. Each year in the United States, about 800 children are diagnosed with the disease, according to the American Cancer Society.

Roughly half of those children are diagnosed after the cancer has spread and is considered “high-risk.”

Treatment in such cases is aggressive: The typical regimen starts with high-dose chemotherapy, followed by surgery to remove any remaining visible tumors. Next comes additional chemo, followed by a stem cell transplant to rebuild the immune system, and then radiation.

In more recent years, doctors have added another weapon to the end of that regimen: the monoclonal antibody drug dinutuximab. The drug latches onto GD2, a protein on the surface of many neuroblastoma cells. It’s given along with certain immune system proteins, boosting the child’s immune response to cancer cells that have survived the treatment onslaught.

“We come at it with everything we have, trying to hit a home run,” said Dr. Wayne Furman, the lead researcher on the new trial.

Despite it all, more than half of children with high-risk neuroblastoma have a recurrence, said Furman, an oncologist at St. Jude Children’s Research Hospital, in Memphis, Tenn.

So his team tried a different tactic. Instead of waiting to give antibody therapy at the tail end, they gave it to children up front, along with their initial chemo.

The premise was based, in part, on studies of adults with certain cancers—where giving antibody therapy at the same time as chemo improved patients’ responses.

Furman’s team did not use dinutuximab, however. They opted for an experimental antibody that is similar to dinutuximab, acting on the same GD2 protein. The difference is the new antibody was designed to cause fewer allergic reactions and less pain, the researchers said.

Children in the study received six rounds of chemo, along with the antibody therapy. After just two rounds, 76% showed at least some regression in their tumors.

Following that initial chemo/antibody combination, the children moved on to other standard treatments, including a round of antibody therapy as the final step.

Two years later, nearly 86% remained free of a relapse or progression. That compares with a rate of 50% in a previous study where no early antibody therapy was used, the study authors said.

Furman had major caveats, however. “This was done at a single institution and it still needs to be proven in a larger trial done at multiple centers,” he explained.

Critically, the experimental antibody is not approved for use outside of a trial. And it’s not clear whether dinutuximab—the approved drug—can match its results.

A pilot trial has already been launched to answer that question, Furman said. It’s being run by the Children’s Oncology Group, a clinical trials network that involves children’s cancer centers nationwide.

The latest findings do argue for further studies into immune-boosting therapies as a “frontline” treatment for high-risk neuroblastoma, said Dr. Rochelle Bagatell.

She’s an oncologist at Children’s Hospital of Philadelphia whose research focuses on the disease.

“These data are of considerable interest to the neuroblastoma community,” Bagatell said. “They add to a growing body of evidence that suggests the combination of chemotherapy and immunotherapy may change outcomes for children with high-risk neuroblastoma.”

Furman said he thinks that, ultimately, using antibody therapy at the start will be the way to go, and if the latest results are confirmed, they could be “practice changing.”

“This process takes time, though,” he stressed. “And we’re not there yet.”