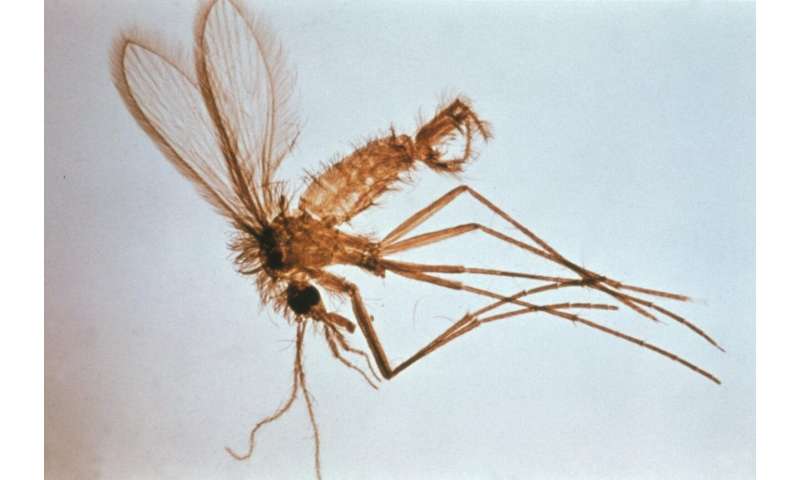 The tropical disease Leishmaniasis is being tackled by catching female sand flies who carry the parasite that causes the disease.

Scientists led by Dr. Orin Courtenay of Warwick University and Professor Gordon Hamilton of Lancaster University, developed the concept as part of a £2.5M project funded by The Wellcome Trust and published in PLOS Neglected Tropical Diseases.

There are now plans to commercialise the research which involves using a synthetic copy of a male pheromone to attract female sand flies towards insecticide-treated areas.

Globally over 350 million people are at risk of infection from Leishmaniasis, with up to 300,000 new cases annually, and approximately 4,500 deaths each year in Brazil alone. Children under the age of 15 are disproportionately affected.

In Latin America, Europe, North Africa and parts of central and East Asia, the Leishmania parasite is transmitted from infected dogs by sand flies when they bite people. Visceral Leishmaniasis, affects the internal organs and is fatal if untreated as there is no human vaccine for the disease.

In Brazil, dogs are euthanized if they are found to be infected, but this has little effect on the number of human cases. Insecticide-impregnated dog collars can be used to protect dogs but these are too expensive for many people and like dog culling, protective coverage is patchy.

Professor Hamilton said: “We wanted to develop a less costly method to trap large amounts of sand flies to reduce the number of infected dogs which in turn act as a source of infection for people.”

The researchers introduced a sachet of the male sand fly pheromone to attract female flies to chicken sheds already sprayed with insecticide.

“This killed a large number of the sand flies”.

The beneficial effects of this “lure-and-kill” method reduced female sand flies by 49% compared with 43% for the insecticide-only collar.

Dr. Orin Courtenay from the School of Life Sciences and Zeeman Institute at the University of Warwick comments: “The beneficial effects of the lure-and-kill method were most noticeable by reducing confirmed infection incidence and clinical parasite loads in dogs by about 50%, in addition to reducing sand fly abundance.

“Our approach will be a lot less expensive and gives just as good a result as the insecticide collar.”