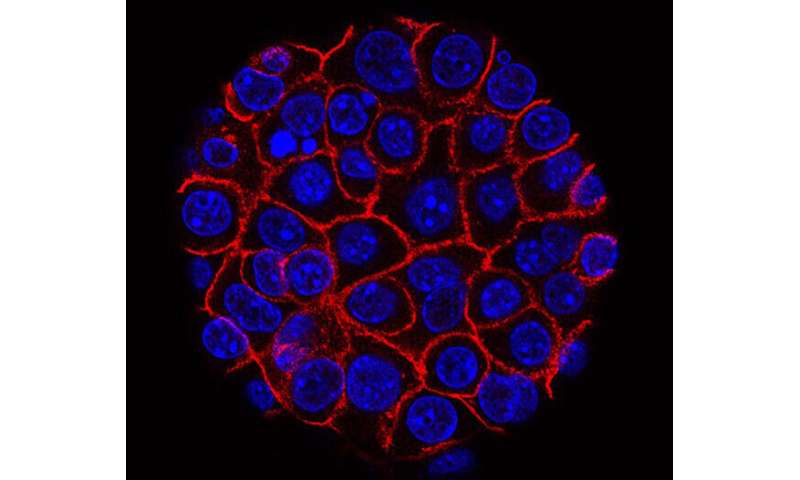 For some cancers, initial treatment with chemotherapy brings positive, but only temporary, results: tumors shrink, but then rebound as the cancer becomes drug-resistant. This pattern of remission-resistance-relapse is particularly true for pancreatic cancer, an aggressive disease in which early success is often countered by eventual disease progression.

To wit: The one-year relative survival rate for pancreatic cancer is 20 percent, according to the American Cancer Society. The five-year rate is just 7 percent.

In a new paper publishing in the April 4, 2019 online issue of Cell, an international team of scientists led by researchers at University of California San Diego School of Medicine employed an array of next-generation sequencing and gene-editing tools, such as CRISPR, to map the molecular dependencies —and thus vulnerabilities—of pancreatic cancer stem cells.

“These studies revealed an unexpected role for immuno-regulatory genes in the maintenance of the most aggressive, drug-resistant cells in pancreatic cancer,” said senior study author Tannishtha Reya, Ph.D., UC San Diego professor in the departments of Pharmacology and Medicine. In particular, RORγ emerged as a key regulator. RORγ rose with cancer progression and its inhibition through genetic and pharmacological approaches resulted in a striking defect in pancreatic cancer growth.

“Our work shows that immune system signals are hijacked by pancreatic cancer, and suggests that therapies currently being tested for autoimmune indications should be considered for testing in pancreatic cancer,” said Reya.