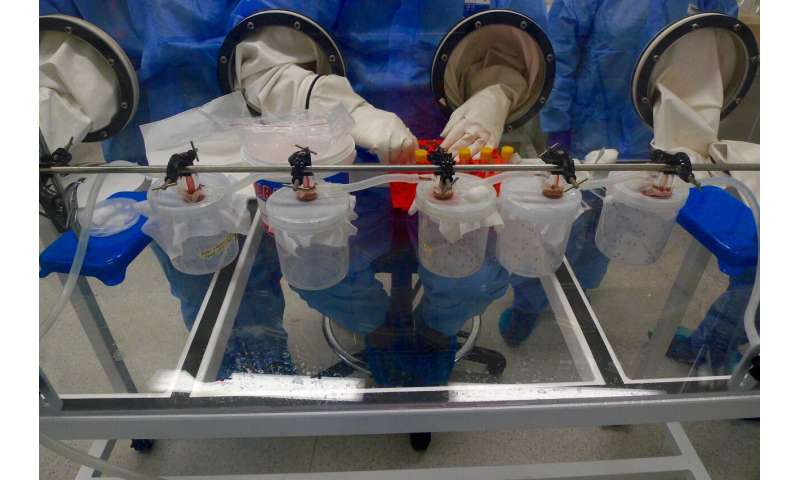 Researchers at QUT and QIMR Berghofer Medical Research Institute have found that the dengue fever mosquito common to north and central Queensland poses the greatest danger of spreading the Zika virus in Australia.

The researchers showed that not only was the dengue mosquito effective at transmitting Zika, but also that the virus was in the mosquitoes’ reproductive organs. This finding suggests that Zika could persist in mosquito populations by females passing it to their offspring.

The researchers’ study, Vector competence of Australian Aedes aegypti and Aedes albopictus for an epidemic strain of Zika virus, has been published in PLOS Neglected Tropical Diseases.

The dengue mosquito is found in northern, central and southern parts of the state, while the Asian Tiger mosquito is currently only in the Torres Strait.

The researchers tested a strain of Zika from the Asian lineage that caused microcephaly during the 2016 epidemic in Brazil.

Co-lead researcher Dr. Leon Hugo, from QIMR Berghofer’s Mosquito Control Laboratory, said the mosquitoes used in the study were hatched from eggs collected from colonies in Innisfail and Hammond Island in the Torres Strait, and reared at the institute’s state-of-the-art mosquito and pathogen containment insectary in Brisbane. 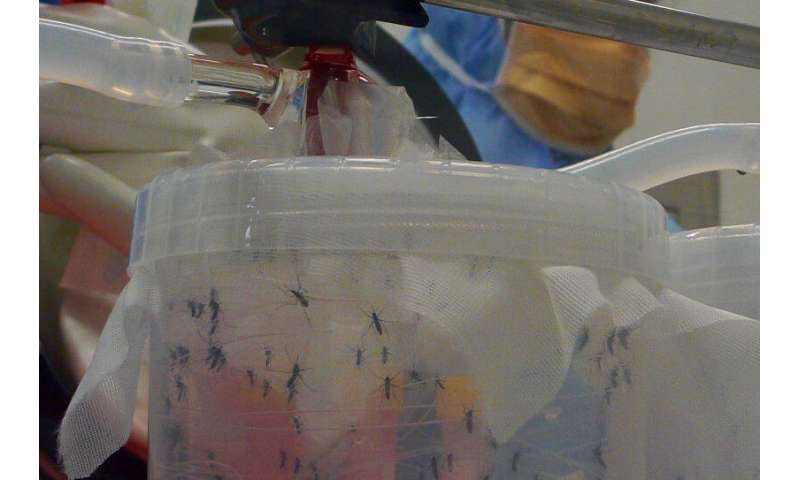 “Our high biosecurity insectary is unique in the southern hemisphere for its size, capacity and expertise, allowing us to work safely with dangerous pathogens like Zika,” Dr. Hugo said.

“We fed the two strains of mosquitoes with a mixture of Zika virus and blood.”

Dr. Frentiu said the mosquitoes were maintained in the insectary at temperatures similar to what is experienced in north Queensland around Cairns to simulate a field experiment.

“At three, seven and 14 days after the mosquitoes were infected with Zika, we tested their saliva to see if they could pass on the virus through a bite,” she said.

“We concluded that the dengue mosquito is the main danger for spreading Zika.

Dr. Frentiu said the discovery of Zika in the ovaries of the dengue mosquitoes indicated another potential route of infection transmission through mosquito populations.

“This has also been observed recently in field specimens collected in Brazil,” she said. “Aedes aegypti eggs were collected and hatched and the larvae tested, and Zika was found in the larvae.