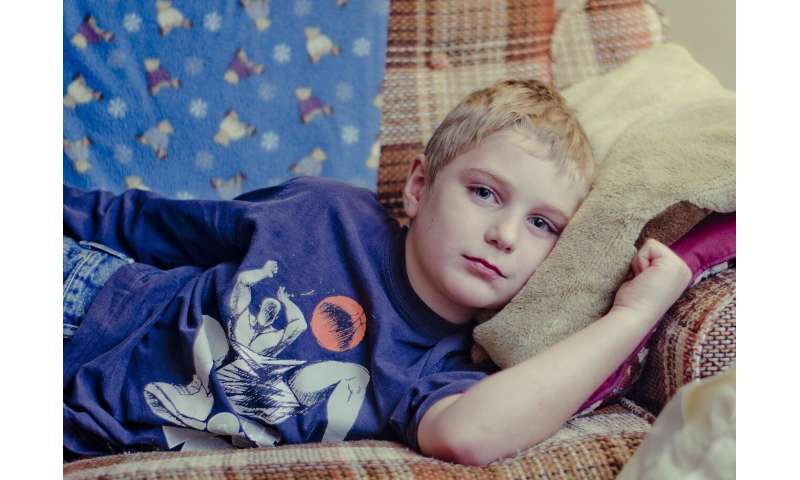 Almost a quarter of a million children in the UK report being unhappy with their lives as a whole, according to a new report by the University of York and The Children’s Society.

The latest Good Childhood report, which examines the state of children’s well-being in the UK, reveals that children’s happiness with life is at its lowest since 2009. It cites issues around boys’ appearance, friendships and school as potential driving factors.

The report finds that nearly one in 12 boys (7.7 percent) aged 10-15 are unhappy with their appearance. Over 13s were significantly less happy with how they look compared to 10-12 year-olds.

Historically, boys have been happier with their appearance than girls but the report indicates that the gap is narrowing.

One in eight children (11.8 percent) are also unhappy with school, another key wellbeing measure, which is at its lowest since 2009. Evidence from year 10 students (mostly aged 14 and 15) suggested that bullying and not feeling safe at school are among a range of factors linked to low well-being. The research also found links between income poverty and financial strain and unhappiness with school.

Children’s happiness with their friendships is decreasing with 2.8 percent of children unhappy with their friends. The wider research suggests that this could be down to factors as varied as bullying, being unable to spend time with friends outside of school, excessive social media use and loneliness.

The Good Childhood Report also found a third (33 percent) of 10-17 year olds have concerns about whether they will have enough money in the future, with more than a quarter (29 percent) worrying about having a job.

Children as young as 10 are also worrying about broad societal issues. The most common worries among 10 to 17 year olds were crime (42 percent), followed by the environment (41 percent) and information sharing online (37 percent).

Lead author of the report, Gwyther Rees from the Department of Social Work and Social Policy at the University of York, said: “The fact that children’s well-being is declining is concerning but not entirely surprising.

“This report shows that a large minority (a quarter to a third) of children are worried about their futures—having enough money, finding a job and having a home to live in. Many children also expressed worries about broader issues such as the economy, Brexit, crime and the environment.

“It is vital that we continue to monitor children’s well-being and use this information to find practical ways to improve children’s experience of childhood.”

Mark Russell, Chief Executive at The Children’s Society, said: “Modern childhood is a happy and carefree time for most, yet for too many it is not. It is a national scandal that children’s unhappiness is increasing so quickly.

“Today’s young people are becoming progressively unhappy with their friendships—one of the fundamental building blocks of well-being—as well as appearance and school. Children are also burdened with fears ranging from worrying about the future, not having enough money to not feeling safe at school and bullying. Many young people tell us they feel side-lined and ignored by those in power. The Children’s Society is committed to listening to young people, and working with them to speak up and speak out, to enable every child to thrive not just survive.