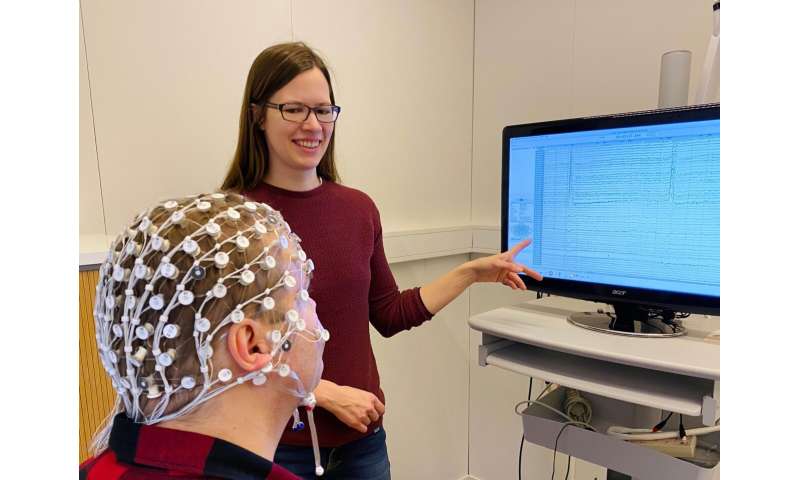 Depression has been associated with bias in the processing of emotional information. Studies have for example, shown, that depressed individuals attend to negative stimuli, interpret neutral faces as sad and have enhanced recall for negative words. However, the bias in automatic information processing has been less studied.

In a recently published study conducted at the Department of Psychology at the University of Jyväskylä, emotional information processing was examined in depressed and non-depressed participants. Electrical brain responses (EEG) were recorded while the participants passively viewed pictures of facial expressions. The depressed were found to have larger brain responses to sad faces compared to neutral faces.

“The results indicate that the depression-related bias in the processing of sad facial expressions is present already in the early and automatic phase of information processing,” says doctoral student Elisa Ruohonen from the University of Jyväskylä. “It is important to study the automatic processing phase, because the brain constantly encodes stimuli that are outside of the conscious attention.”

“Our results show, that the negative bias can be reduced. This finding could have significance considering depression treatment. However, more research is needed to confirm whether the bias is a cause or a symptom of depression,” says Ruohonen.

“Long-term follow-up studies give important insights, since many studies on treatment effects only focus on short-term outcomes,” says Ruohonen. “It is known that depression is often long-lasting and a highly recurrent disorder. By combining brain research and treatment research, we hope to get information that can aid in evaluating treatment response and revealing the causal mechanisms of depression.”

Depression is a heterogeneous disorder and multiple causal pathways can lead to it. One goal of the brain research is to gain knowledge that could be used to plan individual treatments for depression.