Home » Health Problems » A match made in neural heaven: How a neuron grows an axon 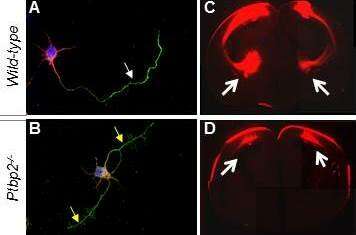 While the neural architecture responsible for the transmission of electrical impulses has been known for more than a century, the basic biology behind how a neuron acquires its one and only axon—a fundamental component of how neurons communicate—remains a mystery.

In a new paper, a researcher at the University of California, Riverside, and his colleagues describe the genetic switches that ignite axon formation. Their work focuses on two molecular components—polypyrimidine tract binding protein 2 (PTBP2) and the shootin gene (SHTN1).

“Neurons are so distinct from other cells in the body,” said Sika Zheng, assistant professor of biomedical sciences in the School of Medicine at the University of California, Riverside. “They are the only cells that can grow a protrusion (the axon) that can become hundreds and thousands of times longer than the cell body itself.”

Neurons transfer information through electrical impulses. These impulses travel down the long, threadlike axon that extends from the neuron’s central body. At the end of the axon, the impulse arcs across a gap to the fingerlike dendrite of the neighboring neuron. This spark of a synapse conveys information from one neural cell to the next. The complex neural circuit enables every action, emotion, and thought you experience every day.

“As a field, we typically study one gene to understand a phenomenon, but one gene cannot possibly describe everything that is happening to generate an axon,” Zheng said. “Rather than focusing on one gene, we are thinking globally to explore the process that generates the spectacular set of tasks to create the axon.”

Previous studies have identified more than 150 genes that play some roles in axon function. Zheng and his team were surprised to find the overall expression levels of these genes stay relatively flat as the axon grows. If these genes do not change their abundance, how then do they dictate neurons to produce axons? 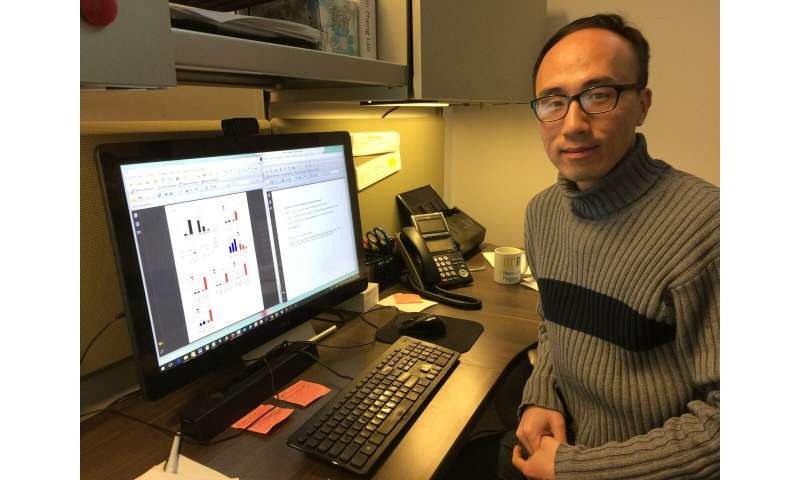 These genes do change their “character” through a gene regulatory process called alternative splicing. Alternative splicing allows a single gene to produce multiple similar protein isoforms with different functions or identities. According to Zheng, it is as if these genes are transformed to shoulder a new task—in this case generating an axon.

PTBP2, a specialized RNA binding protein, was about to take center stage in the study. Zheng and his team found PTBP2 spiked in immature neuron cells. This protein orchestrates the precise choreography behind those splicing events by acting like a switchboard controlling every step of the process that produces the one, essential axon.

“PTBP2 and SHTN1 give us an entry point to understand how splicing changes occur to promote axon growth,” Zheng said. “We can use this information to tease out what is happening at the cellular level, and we are only at the tip of the iceberg.”

While this study focused on PTBP2 and the SHTN1 gene, Zheng notes that other proteins or genes and their isoforms could also play a role in axon formation. This study was also conducted using mouse neural cells. Zheng and his team do not know if the same mechanisms will be active in human neural cells. While the study offers a new perspective to this fundamental question, Zheng cautions that it may be years before these findings could be translated into future therapies.

“Neurodegenerative diseases often manifest through axon degeneration,” Zheng said. “We need to think about the splicing process to understand axon degeneration and regeneration for future therapies, but there is a lot more work to be done.”