Home » Health Problems » A lesson for the U.S. measles outbreak—vaccines don’t just protect you, they protect everyone around you 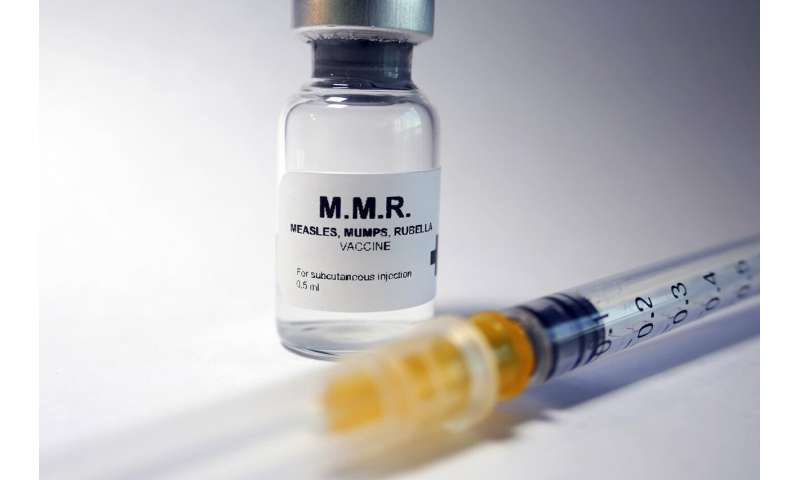 Washington is in the midst of the worst measles outbreak in the state in more than 20 years, the disease spreading quickly among growing ranks of people who chose not to vaccinate themselves or their children. But Brandon Dionne, who studies infectious diseases at Northeastern University, says the choice not to vaccinate affects another population, too: People whose immune systems prevent them from receiving immunizations altogether.

Measles, a highly-contagious respiratory infection, was considered eliminated in the U.S. thanks to widespread immunizations often administered to children when they’re roughly a year old, Dionne says.

“It’s fantastically infectious,” says Dionne, who is an assistant clinical professor in pharmacy and health sciences. “It can spread through the air, so you don’t necessarily need to come in contact with someone who has measles to get it; just being in the same room as someone is enough.”

Because the infection is so contagious, 90 to 95 percent of a population needs to be vaccinated in order to achieve what immunologists call “herd immunity.” Dionne describes this as the point at which a high-enough percentage of a community is immunized against a disease to protect even those who aren’t vaccinated.

And “herd immunity” is the goal for a disease like measles.

“Most healthy people can tolerate the measles,” Dionne says. “The real risk is for the groups of people who can’t, either because they have compromised immune systems or medical conditions that would otherwise prevent them from being immunized.”

For such populations, contracting measles can be deadly, Dionne says.

Meanwhile, a movement against vaccinations, sparked by the discredited theory that vaccines cause autism, is growing.

Dionne says that part of the problem with a measles vaccine in particular is that “it’s become a victim of its own success.”

“The vaccine has been so effective at suppressing measles that very few people generally get the disease,” he says.

The scarcity of the disease, combined with the circulation of “misinformation” about the harms of vaccines (including misconceptions that vaccines are unnecessary because of modern hygiene, or that giving a child multiple vaccinations can overload their immune system), means more and more people are weighing the risks and choosing not to vaccinate themselves or their children, Dionne says.