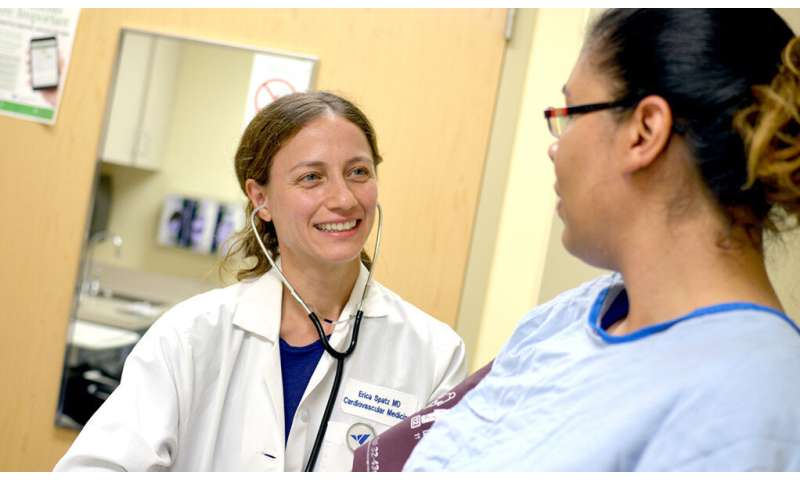 Women age 55 and younger are less likely to exhibit the classic symptoms and underlying mechanisms of a heart attack commonly observed in men. This can leave women undiagnosed and at great risk.

But a new study, sponsored by Women’s Health Research at Yale, shows how a sex-specific classification system can define and group types of heart attacks that are more common for women. In doing so, the researchers have produced a more accurate guide to treatment and prognosis.

“Our data support the importance of adopting a more nuanced classification system in routine clinical practice,” said Dr. Erica Spatz, an associate professor of cardiology at Yale and senior author on the paper. “Refining the way we diagnose heart attacks stems from new insights about disease mechanisms in women and promotes individualized diagnostic and treatment approaches to improve outcomes.”

In the study, the researchers examined the medical records of women 55 years old and younger who were diagnosed with a heart attack, known as a myocardial infarction (MI) or acute myocardial infarction (AMI), using measurable cardiac symptoms and blood tests. The researchers gathered additional data, including the type of heart attack, as determined in part by cardiac catheterization, a procedure used to visualize the flow of blood to the heart for signs of obstruction.

Spatz’s team then applied the current classification system, known as the Fourth Universal Definition of MI, and a recently developed alternative, called The VIRGO (Variation in Recovery: Role of Gender on Outcomes of Young AMI Patients) Taxonomy.

The researchers found that nearly one in six women who had a heart attack could not be classified using the traditional Universal Definition. This system does not distinguish some mechanisms of a heart attack that are more common in younger women, such as arterial spasms or tears that inhibit blood flow to the heart without the presence of a plaque obstruction. In addition, many women have no evidence of blockages in the arteries and are therefore not accounted for in the traditional classification system. Without a new method for labeling these non-classic heart attacks, women are often uncertain about the diagnosis and left without clear guidance for treatment, said the researchers.

In comparison, the VIRGO system successfully classified nearly all heart attack patients by distinguishing the unique but common mechanisms of a heart attack in younger women.

“Forty-thousand women in the country are hospitalized each year due to heart attacks, and women today are more likely to die following one,” said Dr. Carolyn M. Mazure, director of Women’s Health Research at Yale. “This new system of classifying heart attacks shows how we can better identify and treat women before it is too late.”