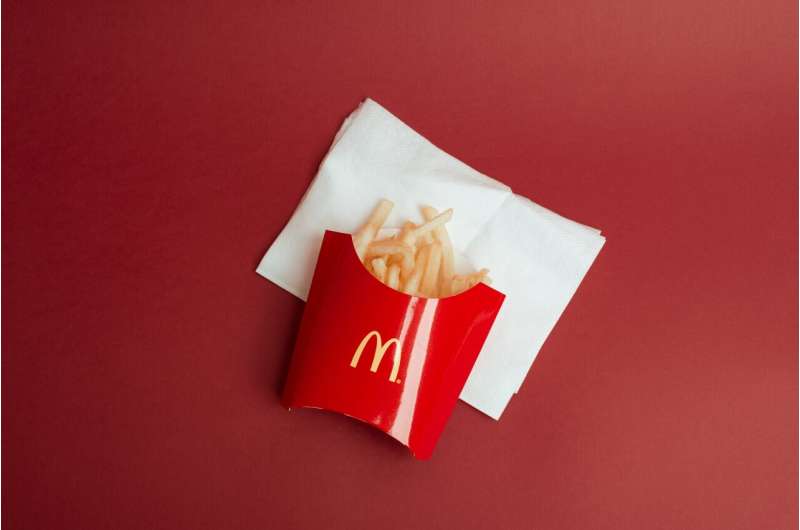 A new study in the Journal of the Academy of Nutrition and Dietetics finds that women experiencing food insecurity more frequently report symptoms of food addiction, such as compulsive eating of certain types of food, unsuccessful attempts to cut down and withdrawal symptoms. Further study of addictive mechanisms may be a valuable approach to understand the relationship between food insecurity and the overconsumption of processed foods.

“An emerging line of research suggests that highly processed foods can trigger addictive processes that can lead to a compulsive pattern of overeating, with significant physical and mental health consequences. We know that individuals with food insecurity are more likely to live in an environment dominated by these highly processed foods and are more heavily targeted by the food industry,” explains first author Lindsey Parnarouskis, MS, doctoral candidate, Department of Psychology, University of Michigan, Ann Arbor, MI, USA.

“We hypothesized that individuals with food insecurity might be at greater risk for highly processed food addiction, but no one had previously investigated that.”

The study entailed a secondary analysis of data collected in two earlier studies. The Maternal Adiposity, Metabolism and Stress (MAMAS) study, conducted between August 2011 and June 2013, investigated an eight-week mindfulness-based intervention on gestational weight gain in low-income pregnant women in California. Participants were individuals with a body mass index in the overweight or obesity range, with a household income 500% less than US federal poverty guidelines.

The Family Food Study (FFS), conducted between September 2018 and December 2019, studied low-income families in Michigan to assess associations between food insecurity, child weight gain and maternal weight gain. Participants were adult female-identified caregivers with children aged 8 through 10 years and a household income less than 200% of the US federal poverty guidelines.

Food security was measured using the US Household Food Security Module. It assesses the frequency of food insecurity experiences, such as worrying whether food would run out before more money arrives to buy more or cutting the size of meals or skipping meals because there was not enough money to buy food.

Food addiction was measured by the Yale Food Addiction Scale (YFAS), a tool that uses substance use disorder criteria from the Diagnostic and Statistical Manual of Mental Disorders (DSM), adapted to the context of highly processed food. The MAMAS study used the original YFAS based on DSM-IV; the FFS study used a modified version based on DSM-5. Use of different versions of the YFAS as the outcome measure means that these results cannot necessarily be compared meaningfully across samples.

“Despite data collected in different geographic regions, at different time periods, and different stages of parenthood or caregiving, the similarity of the associations suggests that this link between food insecurity and food addiction is concerning and deserves further continued investigation.”

Ms. Parnarouskis notes that since this is the first study to report this association, further research is needed to replicate these preliminary findings and test in other samples to generalize to the broader population, particularly because YFAS has not been psychometrically validated in either food-insecure or pregnant individuals. It is possible that endorsement of food addiction symptoms in food-insecure individuals reflects increased hedonic urges to eat any available foods, not just highly processed foods typically implicated in food addiction.

In an accompanying editorial, lead author Kara A. Christensen, Ph.D., Department of Psychology, University of Nevada, Las Vegas, NV, USA, and coauthors point to the necessity of further qualitative and quantitative testing of measures assessing eating behaviors to validate their use in populations with food insecurity. Furthermore, they urge researchers to work together to conduct psychometric validations of eating behavior measures that incorporate the intersectional identities common to people with food insecurity.

Dr. Christensen and coauthors emphasize that “considering the reasons that eating behavior measures such as the YFAS could conceivably capture different constructs in people with food insecurity, one must be cautious in interpreting findings using these measures to avoid overpathologizing or misclassifying behaviors.”

“Thus, to advance understanding of maladaptive eating behaviors in these populations and enhance confidence in findings, more psychometric testing of measures is required in populations with food insecurity. Such studies will enhance the field’s ability to understand phenomena related to food insecurity and to draw conclusions that can positively impact public health, nutrition and dietetics, public policy and mental health treatment.”