Woman, 28, whose life is being ‘consumed’ by her giant leg and hip tumours fears the masses will ‘never stop growing’

A woman with giant tumours on her legs and hips that stop her walking fears the masses will never stop growing.

Karina Rodini, 28, of Sao Paolo, Brazil, was diagnosed with neurofibromatosis type one (NF1) when she was two years old.

But it wasn’t until her teenage years that the rare condition truly took hold – and bullies at school noticed, too.

Now, with tumours that weigh 88.8lbs (40kg), Miss Rodini is unable to work and said she has become ostracised where she lives.

Doctors haven’t managed to get the debilitating masses under control, leading Miss Rodini to seek costly medical help in India. 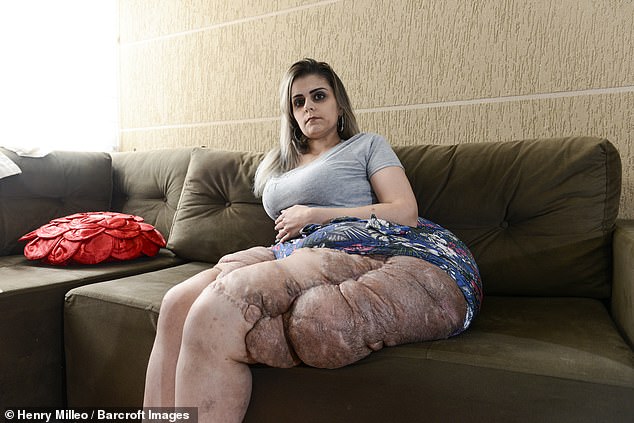 Karina Rodini, 28, from Sao Paolo, Brazil, was diagnosed with rare disease neurofibromatosis type one which has given her tumours weighing 40kg (88.8lbs) on her legs 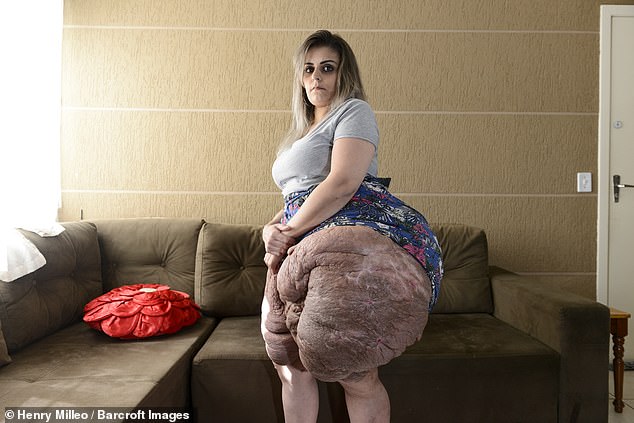 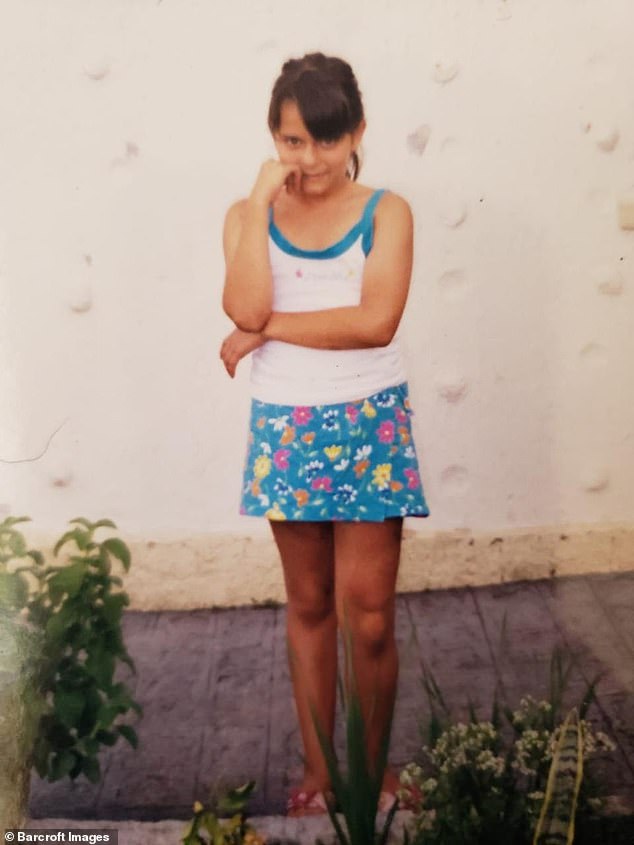 Miss Rodini, pictured as a child, was diagnosed with the condition when she was two

Miss Rodini said: ‘My fear is that the disease never stops growing, and it will reach a point when I wouldn’t know what to do.

‘My left side, it is completely affected.’ She claimed the condition affects her vision, and she struggles to see out of her left eye.

Miss Rodini has undergone countless surgeries and procedures in order to remove the tumours but they keep growing back bigger each time.

Following surgery in a public hospital in October last year, Miss Rodini says her legs have doubled in size.

She cannot find clothes to fit her and struggles to sleep because she is so uncomfortable. She also deals with severe scoliosis, where the spine curves.

Neurofibromatosis is a genetic condition which causes tumours to grow along someone’s nerves.

Symptoms of NF1 can vary in severity, usually appearing in childhood. In most cases it the skin gets patches of colour, freckles and soft tumours.

Miss Rodini’s condition began as dark moles on her skin as a child, she claims, but evolved in her adolescence. 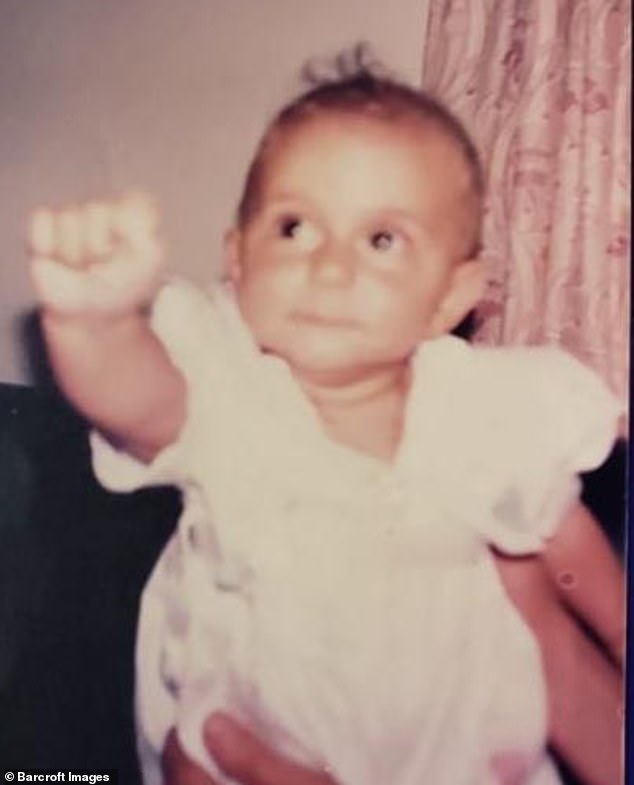 Neurofibromatosis is a genetic condition which causes tumours to grow along someone’s nerves. It most often starts as skin patches of coloured skin in childhood 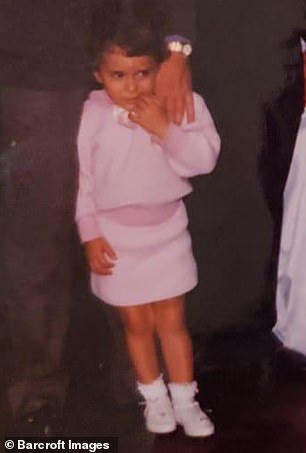 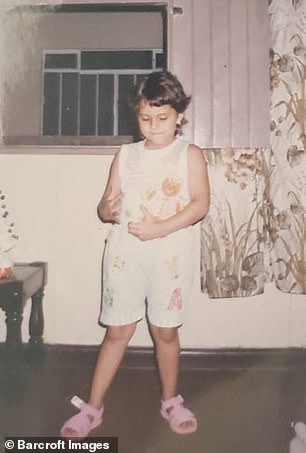 Although Miss Rodini was diagnosed as a two-year-old, it it wasn’t until her teen years, around age 14, that the condition truly took hold 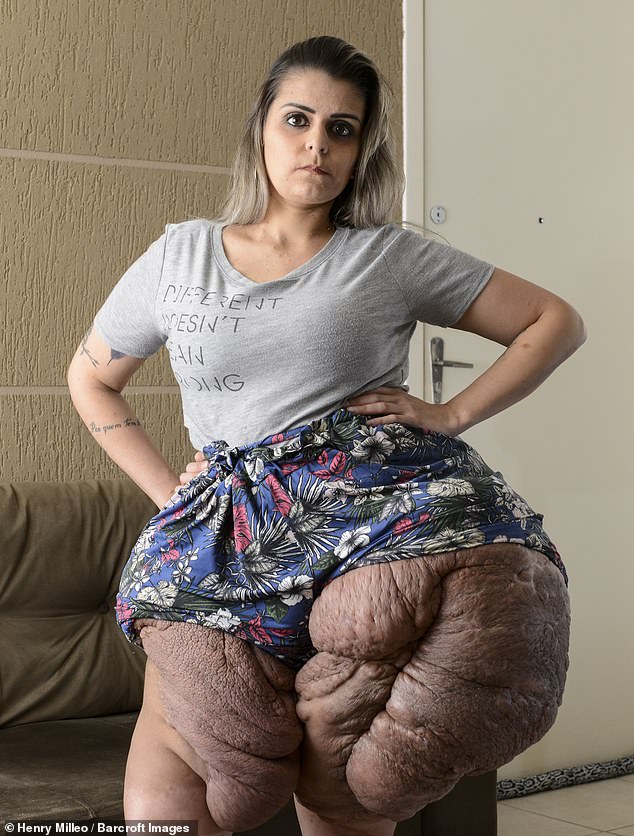 NF1 can be unpredictable, causing anxiety for the people who have it, like MIss Rodini

‘I need surgeries to remove as much [of the tumours] as I can and as soon as possible so it doesn’t spread out more throughout the body.’

Miss Rodini said she has experienced a lot of bullying throughout her life because of her disease and her love life has come to a standstill.

She said: ‘I learned how to deal with prejudice. Before I used to suffer more. Now I deal with it better. Prejudice is always going to exist.

‘From various people, with various problems, you know. It can be with mine, with a person who has darker skin or a disabled person.’

Miss Rodini is also unable to work. She said: ‘I started working at 16 years old and worked since then.

‘But because of many visits to doctors, surgeries, and exams, I was fired from my previous job.

‘Now, nobody wants to give me a job just because of the way I look. Everywhere I go people stare at me.’

Many people with NF end up with problems such as anxiety due to the uncertainty of their condition.

Miss Rodini said: ‘It can grow in other parts of the body – internally and externally. So it is a surprise box.

‘We never know what is going to happen with neurofibromatosis.’ 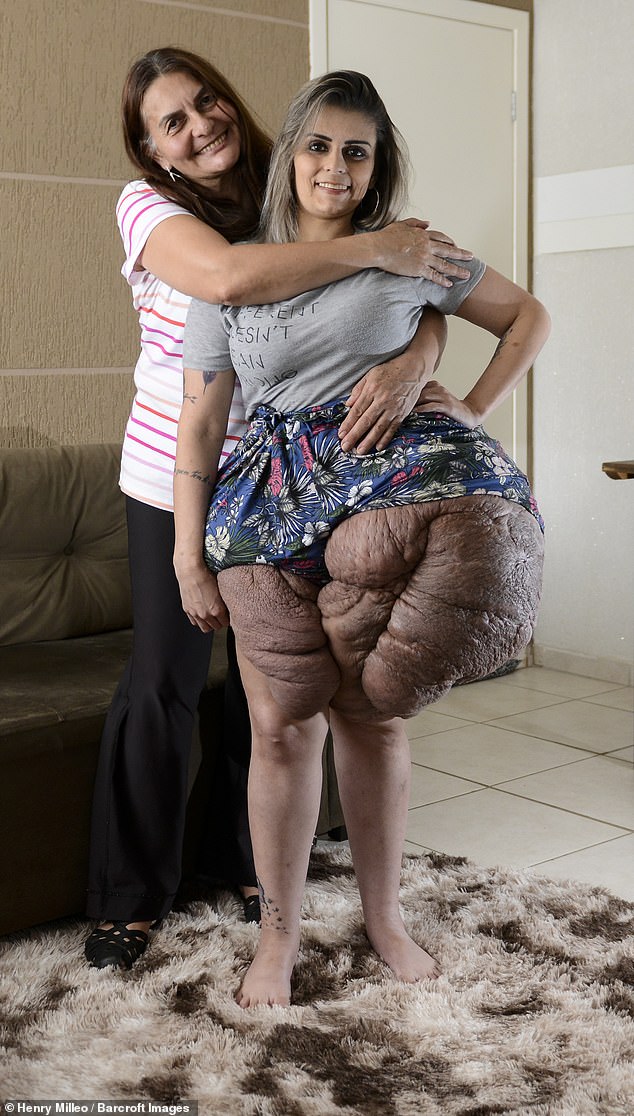 Miss Rodini’s mother, Fatima Mohamad Abou Ali, said that when Miss Rodini’s disease progressed at that time their family was not aware of how bad it would become 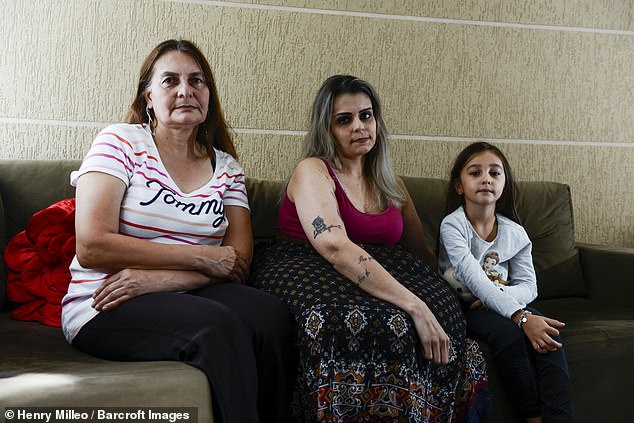 Miss Rodini is barely able to leave her home. Pictured, with her mother and niece

According to the NHS, there is currently no cure for NF. Treatment involves surgery, medication, physiotherapy, psychological support and pain management.

Miss Rodini said that in Brazil there are not many doctors specialising in NF, therefore, she hopes to get treatment abroad.

Miss Rodini has found a hospital in India which is willing to try and tackle the entire of her growths.

Miss Rodini’s family set up a GoFundMe page in hopes to raise funds for treatment that could change Miss Rodini’s life.

Her mother, Fatima Mohamad Abou Ali, said that when Miss Rodini’s condition progressed at that time their family was not aware of how bad it would become.

Ms Mohamad Abou Ali said: ‘We didn’t know what was it.

‘The doctors didn’t know how to explain it well, so I thought it was like moles that could fade.

‘We saw that her moles were getting bigger and then we thought we had to get more information, to do research, to see what could be done.’

Ms Mohamad Abou Ali said that despite everything, her daughter has an optimistic outlook on life. 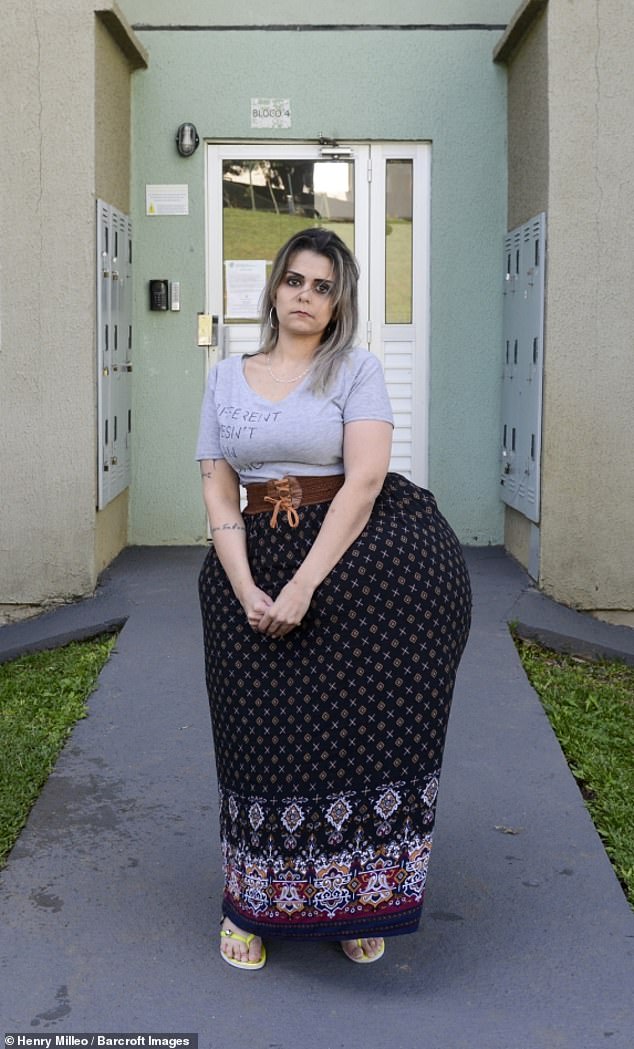 Miss Rodini also has severe scoliosis, where the spine curves, due to her condition 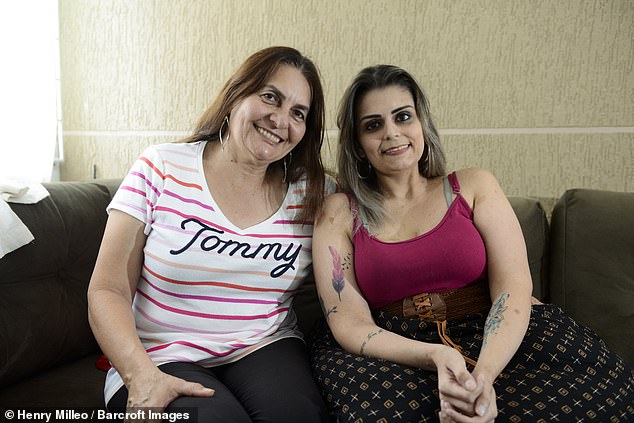 She added: ‘Karina is a very active girl, she enjoys life, she enjoys putting on make-up, going out, she likes playing with children.’

Miss Rodini said: ‘In this last year when the disease has affected me more, I felt shy of exposing myself, of taking pictures, of being recorded.

‘But now I try to overcome my insecurities.

‘I try to expose myself more, especially because there are many people who have the same disease who have reached out to me.’

Miss Rodini believes that talking publicly about her disease she can help others who suffer from similar conditions and show them that despite the disease, people can still lead a normal life.

Miss Rodini said: ‘You have to show yourself, you have to talk about the disease, you don’t need to be embarrassed.

Neurofibromatosis is the name of a group of conditions that cause lumps to grow on the coverings of nerves.

NF is caused by a mutation in one of the genes. About half of the people who have NF have no family history of the condition.

This is called a spontaneous gene mutation. The other half of people will have inherited NF from their mother or father.

Some sufferers are affected by neurofibromas, which usually appear during adolescence.

These may first appear on the skin as a purplish mark, before a small fibrous lump appears.

They can also grow along deeper-seated nerves inside the body, which can be painful if knocked.

The lumps can increase in number during a person’s lifetime.

NF has also been linked to an increased risk of stroke if growths develop on nerve cells in the brain and cut off the organ’s blood supply.

There is no treatment to stop the lumps from appearing, although surgery or laser treatment can sometimes be used to remove them.