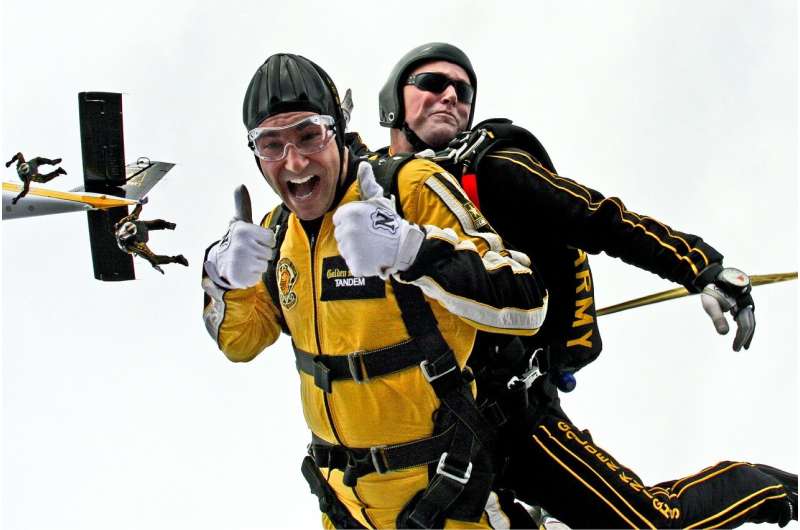 Researchers from HSE University and Max Planck Institute for Human Cognitive and Brain Sciences have discovered how the theta rhythm of the brain and the gender differences in attitudes to risk are linked. In an article published in the journal Frontiers in Neuroscience, the researchers addressed which processes can be explained by knowing this connection.

By transmitting signals, the brain’s neurons generate electromagnetic fields. The multiplicity of neurons makes these fields strong enough to be recorded on the surface of the head using magneto- and electroencephalography techniques. The resulting recording of the brain’s electrical activity is divided into frequency bands—brain rhythms, which are designated by Greek letters. We know for each one in which parts of the brain it is generated, the person’s state at the time (e.g., at rest or during tasks) and what processes it may be associated with.

Existing research suggests that many differences in behavior, including attitudes toward risk, can be at least partly explained by individual characteristics of brain activity. On average, women are known to take risks less frequently than men, and experiments have shown a correlation between willingness to take risks and differences in the strength of right and left frontal lobe theta rhythms (frontal theta asymmetry). However, these studies either included only or mostly women, and it remains unclear whether the asymmetry of theta rhythms actually contributes to gender differences in risk-taking.

The authors of the new article set three objectives:

Thirty-five people took part in the experiment; of these, 15 participants were women. Each participant was asked to undergo a magnetoencephalography and three tests measuring risk-taking and impulsivity. The first test involved selecting a number of boxes (out of 100), each of which offered a monetary reward, but if one of the selected boxes contained a ‘bomb,” the participants lost all their earnings. Each participant was given 30 attempts. The second and third tests were questionnaires: The Barratt Impulsiveness Scale showed how a person assessed his or her own ability to plan and exhibit self-control, while the Domain-Specific Risk-Taking Scale (DOSPERT) showed how willingly a person agreed to a particular risk-taking action and how he or she assessed the possible gains and losses arising from it.

In the boxes test, men showed a higher risk appetite than women (an average of 48 boxes opened versus 40; participants chose fewer boxes on their first try—44 and 31 out of 100, respectively). Of the questionnaires, only the DOSPERT Benefits scale yielded a similar result (men are more optimistic about the positive outcome of a risky venture); the other tests showed no gender differences. The frontal theta asymmetry was not significantly related to the number of boxes selected in the sample—a positive correlation was evident only among women. The strength of the frontal theta rhythms (and especially the oscillations localized in the anterior cingulate cortex) correlated with results of the game, as well as with subjective assessments of benefits and losses from risky behaviors.

Thus, the researchers suggest that individual variability in the strength of theta rhythms in the anterior cingulate cortex is related to gender differences in assessing the consequences of risky actions and, consequently, attitudes toward risk. It is likely that both the activity of this brain region and risk-taking are influenced by hormone levels such as testosterone.