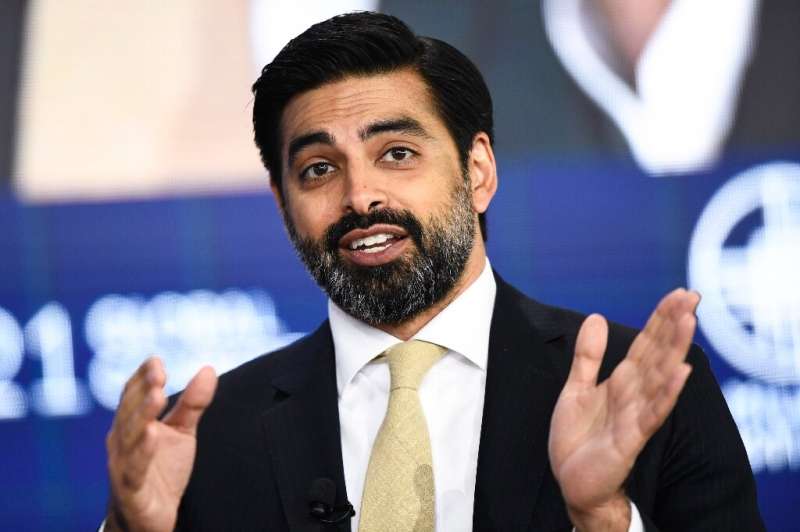 The World Health Organization is sourcing rapid response financing directly from companies to help tackle international crises, through the foundation it set up to bridge the shortfall from member states.

The WHO Foundation—set up in May 2020 as the UN health agency scrambled for resources to fight the COVID-19 pandemic—was created to marshal new resources from business and philanthropists.

The foundation, which went live in January 2021, aims to “mobilise more support for the WHO, from the public, from businesses, from philanthropists,” its chief executive Anil Soni told AFP.

“No organisation, no sector can solve the challenges that the world is facing alone,” the 46-year-old American said.

The WHO has a two-year budget of $5.8 billion but its financial independence has steadily declined.

Its 194 member states provide barely 16 percent of the organisation’s financing through membership fees.

The rest comes from voluntary contributions, of which 88 percent are “specified”, meaning the money goes to projects earmarked by the donors.

And with national budgets tightening around the world, governments “are having to make tough decisions about where they give their money”, said Soni.

“That’s why we should do more with the private sector.”

The foundation says it exists because the WHO lacks sufficient resources to fulfil its mandate.

The list of health crises currently being combated by the WHO includes COVID-19, the cholera outbreak in Haiti, the war in Ukraine, the devastating floods in Pakistan, monkeypox and attempts to get aid into Ethiopia’s besieged Tigray region.

The foundation has raised $30 million since the start of 2021—money which has mainly been focused on supporting the WHO’s emergency response to COVID-19 and the war in Ukraine.

“Part of our job is to be a matchmaker, is to make sure that we can facilitate dialogue and share information,” said Soni.

The foundation has around 40 staff compared to more than 8,600 for the WHO, which is also based in Geneva.

Soni admits that some—including within the WHO—fear the risk of private companies holding too much sway over the organisation, which makes decisions on the usage and approval of drugs, vaccines and treatments.

He insisted mechanisms were in place to prevent any company from influencing such decisions.

“But to close the door to all of the private sector—that doesn’t work,” he said.

On September 19, the WHO Foundation announced that it had partnered with venture capital firm OurCrowd to launch a $200 million investment fund focused on breakthrough health technologies.

OurCrowd will raise the money and a share of the profits will go to the WHO.

In addition, the companies in which the fund has invested will have to commit to ensuring fair access to their new technologies—one of the WHO’s chief gripes during the pandemic response, as poorer nations went to the back of the queue for COVID vaccines and treatments.

On September 22, the foundation announced the launch of the Health Emergencies Alliance partnership—a vehicle for companies and philanthropists who want to support the WHO in tackling health emergencies on a regular basis.

The partnership, which is in its infancy, hopes to get financing to the front line swiftly and effectively.

“What we wanted to do was engage companies and give them an ability to more quickly respond to emergencies and also raise more flexible funding for the WHO,” said Soni.

The French laboratory pharmaceutical giant Sanofi was the first to sign up, he said, with discussions ongoing with other companies.

Those who join the programme will pay a set amount to the foundation each year, without the donation being earmarked for a particular situation.