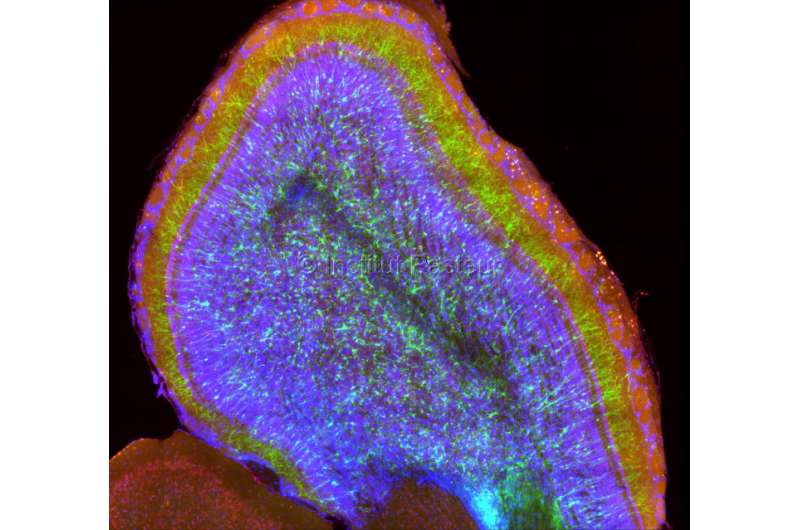 The brain is able to detect and regulate localized or systemic inflammation by using two communication pathways. The first, humoral, makes use of specific brain structures that enable circulating inflammatory mediators to enter the brain. The second, neural, involves nerves whose sensory afferents transmit the inflammatory signal detected at local level.

The vagus nerve therefore uses identified receptors to detect a digestive or lung inflammation. Specific brain structures and networks perceive and integrate these humoral and neural messages and orchestrate a regulatory response involving neuroendocrine, neurovegetative and behavioral elements. These corrective interventions are controlled respectively by the hypothalamus and the hypophysis—the autonomic nervous system and the limbic system. Neuroendocrine activation is characterized by the release of cortisol, the main stress hormone. The autonomic response involves the combined activation of the sympathetic and vagal systems, with the latter believed to induce a local anti-inflammatory response. Behavioral changes affect mood, attention, sleep and appetite. The aim of the overall response is to control inflammation so as to preserve bodily integrity, or homeostasis. But in some circumstances, it can be ill-adapted and can lead to immunological and/or psychological disorders.

A severe infection known as sepsis is the most common condition capable of inducing this defense strategy against inflammatory stress. Sepsis is the leading cause of death worldwide and represents a major public health challenge. What makes the situation worse is that sepsis is also associated with chronic psychological disorders such as anxiety, depression and post-traumatic stress disorder. These conditions significantly increase suicide risk and have a lasting impact on the personal, social and professional lives of patients. “No preventive treatments have so far been demonstrated to be effective, probably because of a lack of understanding of the pathophysiology of these disorders, especially the neural networks implicated in their onset,” explains Professor Tarek Sharshar, head of the Sainte-Anne Neurology Department.

In an experimental study published in the journal Brain, a team of scientists from the Institut Pasteur (Perception and Memory laboratory) and clinicians from the Paris Psychiatry and Neurosciences University Hospital Group (GHU) (Neurological Resuscitation Department) used pharmacogenetic techniques to identify a dedicated neural circuit comprising the central nucleus of the amygdala and the bed nucleus of the stria terminalis. The activation of this circuit in the first few hours of sepsis induces anxious behavior two weeks after the infection has cleared. This behavior observed in mice mimics the post-traumatic stress disorder observed in patients recovering from sepsis.

“This discovery paves the way for new therapeutic strategies for sepsis: We observed that administering an agent capable of preventing the hyperactivation of this circuit reduces the risks of developing anxiety disorders,” explains Professor Pierre-Marie Lledo, Institut Pasteur and CNRS. This effect is thought to be partly linked with reduced activation of the vagal afferent integration center.