Home » Health News » What celebrity trainers do differently (that you can do, too)

Before personal trainer Luke Zocchi got his hands on Chris Hemsworth, the actor was “skinny-fat”.

“He had a bit of puppy fat still – he wasn’t completely amazing,” Zocchi, an amateur boxer-turned-trainer, says about his client and lifelong friend. “He looked a bit 'skinny-fat'. I took him from skinny and fat to … shredded.” 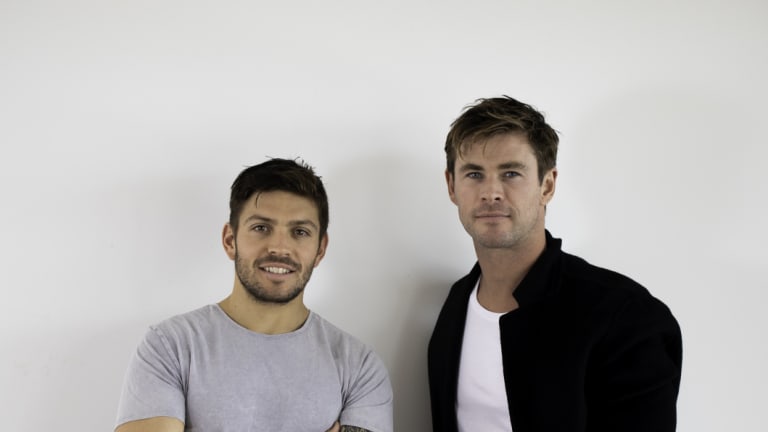 Trainers like Zocchi are the ones who help movie stars look like … movie stars. So what is it that celebrity trainers do differently and what takeaways are there for us mere mortals?

Short and (not so) sweet

We don’t need to dedicate our lives to training nor spend hours chained to the treadmill. In fact, Zocchi, who has trained the Thor actor for six years, says less is more.

After experimenting with different training techniques, Zocchi believes the best results can be achieved through no more than 20 minutes of high-intensity training and no more than 45 minutes of weight or strength-based training. 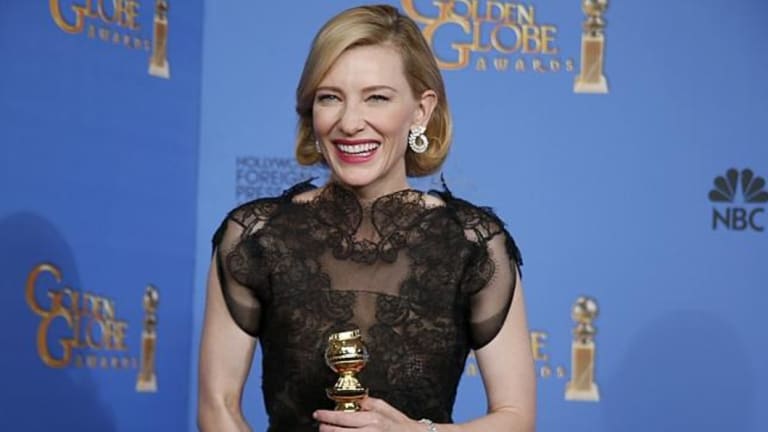 Training more than one hour in total doesn’t result in greater gains, he says. “You do more damage than good after that … For muscle-building and your body changing, that part of it happens when you’re resting – when you’re sleeping and eating the right food and supporting the training.”

Zocchi and Hemsworth got "amazing" results from 45-minute sessions while preparing for Thor 2. But what Zocchi saves in time, he makes up for with intensity.

Cate Blanchett has said Zocchi helped her achieve the best shape of her life while preparing to play Hela, Marvel's first female villain.

“It was hideous. It was horrendous. It was a hardcore cardio and weights circuit, but it only lasted 20 minutes,” Blanchett has said. 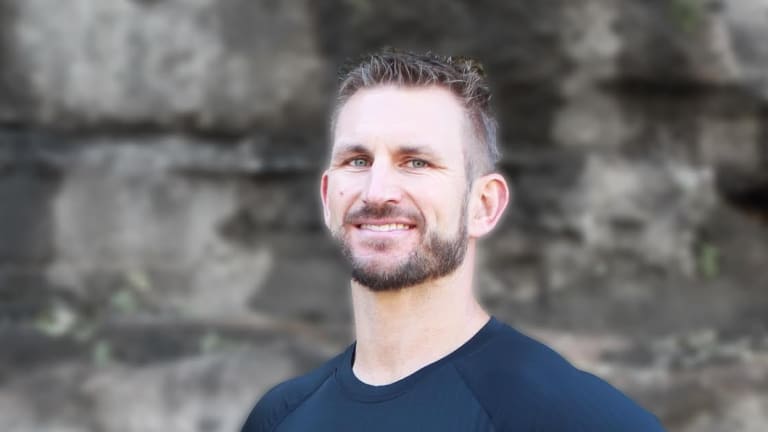 He says generic goals, such as “I want to lose weight” or “I want to get fit”, tend to be too broad for anyone to achieve.

“The key thing celebrities have in common is they have an end date in mind with a very specific goal,” explains Istomin, who has launched a new venture, Re:Union Training.

Setting specific goals – preferably a goal that is challenging – is linked with greater success (we’re about 33 per cent more likely to achieve a goal that we specify), motivation and self-confidence.

If Hemsworth has a shirtless scene, for instance, “I know three months in advance”, Zocchi says, so they can ramp up the intensity of his training and fine-tune his nutrition. For film or photo shoots, keep in mind, they deploy additional tricks.

“On that day, we’ll dehydrate him and he’ll have the best lighting.” 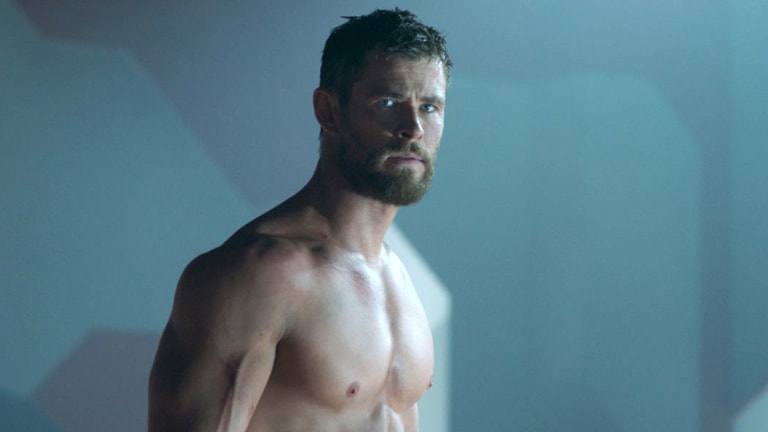 Get the basics right

“People try and over-complicate being healthy and fit,” Zocchi says. “On my Instagram, I get so many private messages from people about carb-cycling or ketosis or meal timing and they’re not in shape. And I say, ‘If you brought it back a bit and just ate good food, ate three meals a day, don’t overeat and you move 20 minutes a day, I guarantee you’ll start seeing results.'”

Istomin agrees that creating and maintaining a simple foundation is the key element most people struggle with (About 56 per cent of Australian adults do not meet the activity recommendations of just 30 minutes a day, five days a week and 96 per cent don’t eat enough vegetables).

He recommends clients get more than seven hours' sleep each night, eat more veggies and stay hydrated with three litres of water a day. 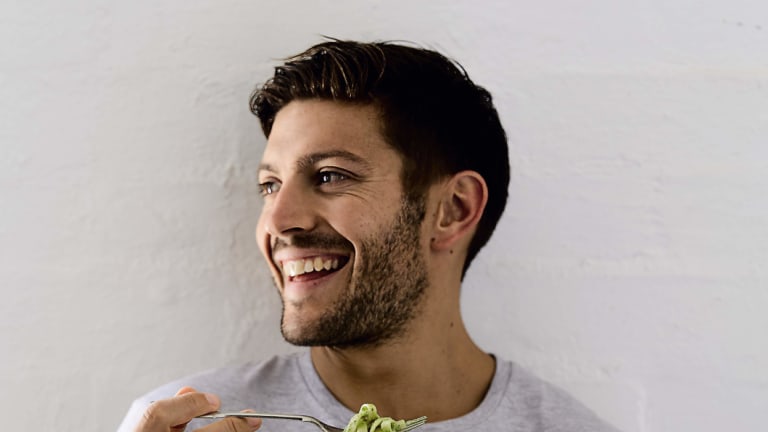 As far as the “right” way to move, his workouts are broken down into “key movement patterns” – squatting, hip hinging (dead-lifting) and training the upper body, “then we 'accessorise' to mix it up and keep the stimulus up” – but any way that gets us active in the long-run is the “right” way.

“Walk, play with the kids, go to Zumba, do weight training,” Istomin says. “Move in general and move often.”

In his new book based on his insights, The A-List Diet and Fitness Plan, Zocchi’s recipes include pasta, bread, butter, cream and desserts (along with a load of vegetables, lean meat and healthy fats).

Hemsworth’s chef “helped” create many of the recipes and the actor “eats the same sort of food”, he says.

“He has a balanced diet,” Zocchi says. “It’s not like, when he gets ready for a film, he’s on a weird, crazy celebrity diet. He’s training six days a week, he’s not drinking and he’s not eating all the other stuff like ice-cream or chocolate … We train hard, he eats well … It isn’t rocket science.”

Istomin is regularly asked about Ketogenic diet, Atkins, Paleo or “whatever is in fashion” but says: “Pick your diet – it doesn’t matter.”

“I’ve given the same basic nutritional advice for the last 20 years,” he says. "Unless you’re sleeping well, staying hydrated and training with intent, it makes little difference."

Both Istomin and Zocchi add that they know "miserable" people who only eat steamed chicken and broccoli and go to bed at 9pm.

“It’s all about balance,” Zocchi says, "and the sacrifice [we are willing to make] to get in better shape."

If we follow their advice, will any of us ever end up looking like Thor (or Jackman, Kidman or Blanchett)?

“Even I’m not gonna look like Thor and I do the same arm workouts as him,” Zocchi says, looking at me like I’m crazy. He pauses and says benevolently: “You can get in better shape … You’ll be a healthier, better version of yourself.”