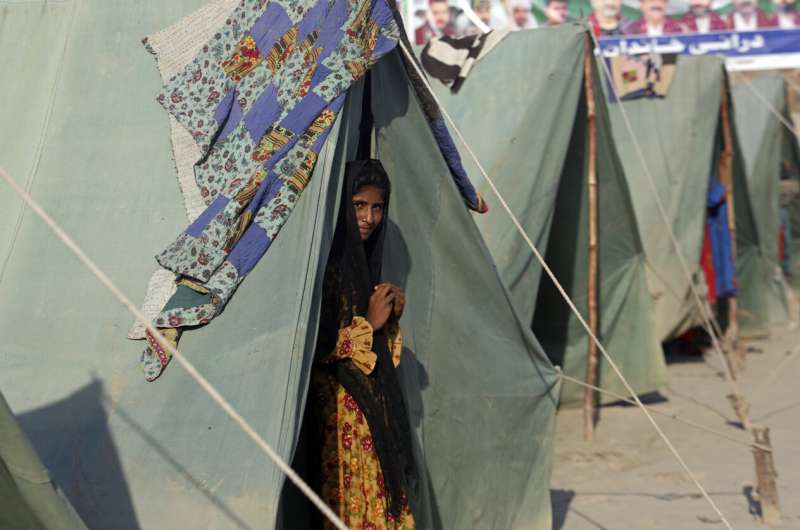 Pakistani health officials on Thursday reported an outbreak of waterborne diseases in areas hit by recent record-breaking flooding, as authorities stepped up efforts to ensure the provision of clean drinking water to hundreds of thousands of people who lost their homes in the disaster.

Diarrhea, skin diseases and eye infections are spreading at relief camps set up by the government across the country. Over 90,000 diarrhea cases were reported from one of the worst-hit provinces, Sindh, in the past 24 hours, according to a report released by the health officials.

The latest development comes a day after Pakistan and the World Health Organization raised concern over the spread of waterborne diseases among flood victims. Pakistan blames climate change for unusually early and heavy monsoon rains, which since June have caused flash floods that have killed 1,191 people and affected 33 million people. About a million homes have also been damaged or destroyed

Flood waters continued to recede in the most of the country, but many districts in southern Sindh province remained underwater.

Nearly half a million flood displaced are living in relief camps. In Sindh province, thousands of medical camps have been set up in flood-stricken areas to treat victims, said Dr. Azra Fazal Pechuho, the provincial health minister. Mobile medical units have also been deployed. The World Health Organization says it is increasing surveillance for acute diarrhea, cholera and other communicable diseases and providing medical supplies to health facilities. 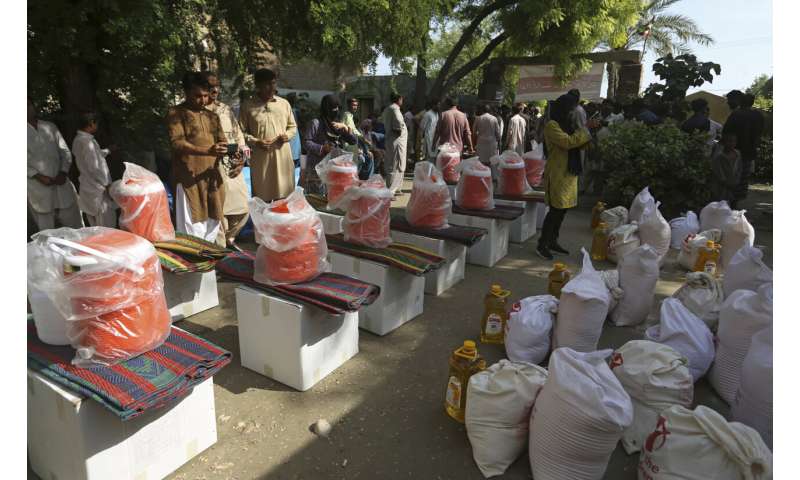 Doctors say initially they were initially seeing mostly patients traumatized by the flooding, but are now treating thousands of people suffering from diarrhea, skin infections and other waterborne ailments. Many pregnant women living in flood-affected areas were also exposed to risks.

According to the U.N. Population Fund, 6.4 million flood victims in Pakistan need humanitarian assistance. It said about 650,000 pregnant women in flood-affected areas, including 73,000 expected to deliver in the next month, need maternal health services.

Meanwhile, rescuers, backed by the military, continued operations to evacuate marooned people to safer places. Rescuers are mostly using boats, but helicopters are also flying to evacuate stranded people from those areas where bridges and roads were destroyed, making it difficult to evacuate people and deliver food to them. 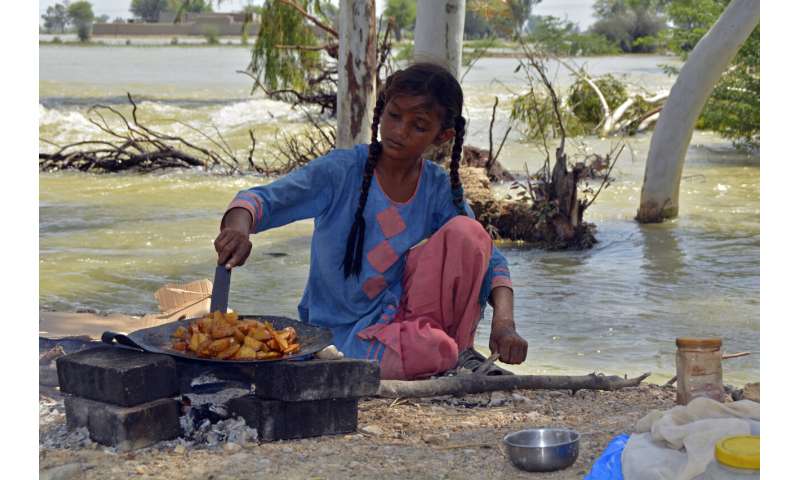 Days ago, Pakistan and the United Nations issued an appeal for $160 million in emergency funding to Pakistan. Prime Minister Shahbaz Sharif on Thursday took to Twitter, thanking the United Arab Emirates for delivering the first tranche of relief goods worth $50 million. He also thanked the United States for announcing $30 million in aid.