Wasps are the first insects to display a type of reasoning and show complex social behaviour, claim scientists

Scientists have been able to show that there is method to their menace which was believed – until recent decades – to be limited to humans, The Times reported. 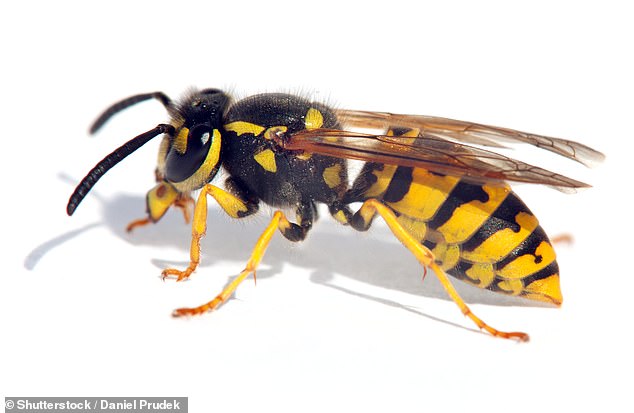 Due to tiny nervous systems, experiments revealed that honeybees didn’t have the same cognitive ability as wasps and indicated that the clever insects might succeed where bees haven’t.

Elizabeth Tibbetts, an evolutionary biologist at the University of Michigan, believes wasps perform better than bees because they display types of complex social behaviour which isn’t seen in bees.

The wasps were taught a hierarchy of five colours which can be labelled A, B, C, D and E. In pairs, the wasps went to the colours and learnt when they landed on one they would get a mild electric shock.

When A and B were presented together, B would give the shock. But when the wasps were shown B and C, it was C that gave the shock. Out of C and D it was D, and out of D and E it was E that delivered a shock.

‘But they had no trouble figuring out that a particular colour was safe in some situations and not safe in other situations.’

The findings are published today in the journal Biology Letters, which is published by the Royal Society.