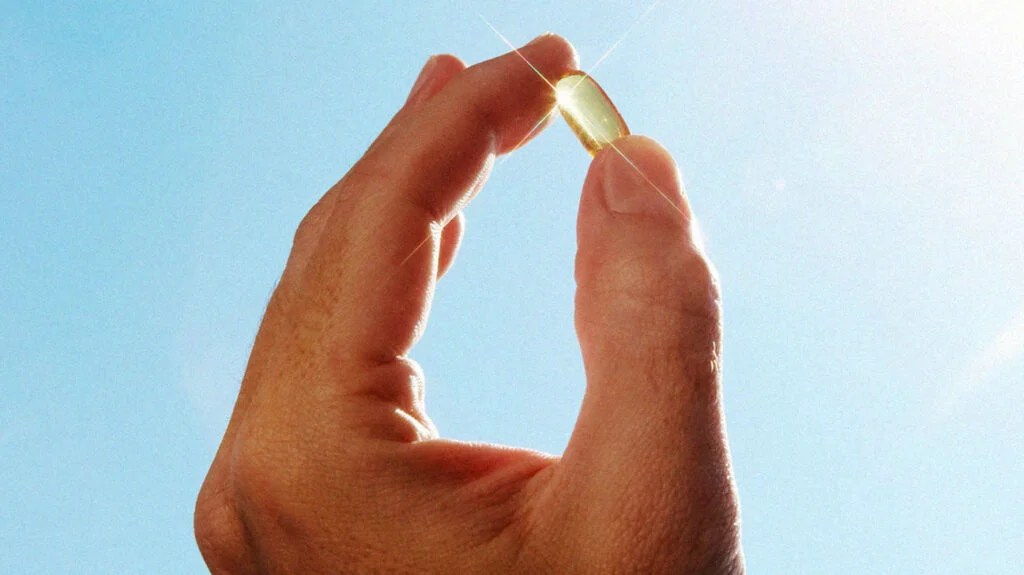 Systematic low-grade inflammation is characterized by the prolonged release of inflammatory molecules and is linked to various health conditions.

While vitamin D is classically known for regulating calcium levels, recent studies have shown that it may play a role in modulating the body’s inflammatory response too.

The researchers reported a direct link between low vitamin D levels and higher CRP levels. They say that their findings could provide an important biomarker for identifying people at risk of inflammatory illnesses.

“There is mounting evidence that improvement in vitamin D status reduces risk for autoimmune diseases including type 1 diabetes, multiple sclerosis and other inflammatory disorders such as type 2 diabetes and cardiovascular disease,” Dr. Michael F. Holick, professor of medicine at Boston University School of Medicine, who was not involved in the study, told Medical News Today.

“This is also consistent with the recent observation from the VITAL trial that reported that those adults who took 2000 IUs vitamin D3 daily for up to 5 years reduced risk of all autoimmune disorders by 22% compared to the placebo group,” he added.

The study was published in the International Journal of Epidemiology.

For the study, the researchers examined data from 294,970 unrelated people of White-British ancestry from the U.K. Biobank.

The average 25(OH)D concentration was 50 nmol/L, while 11.7% had concentrations below that deficiency threshold of 25 nmol/L.

Participants also filled in questionnaires providing information about their health and lifestyles.

After analyzing the data, the researchers found among participants, only those who were vitamin D deficient had elevated CRP levels.

They also found that increasing vitamin D levels among deficient patients may help mitigate the severity of inflammation.

The researchers noted that this supports a previously proposed threshold effect, which suggests that correcting vitamin D deficiency may reduce low-grade inflammation and potentially mitigate the risk for inflammatory-related illness.

The researchers further noted that genetically-predicted CRP concentration did not appear to affect vitamin D levels in both linear and non-linear statistical analyses.

When asked how vitamin D levels may influence levels of inflammation, Dr. Elina Hypponen, professor of nutritional and genetic epidemiology at the University of South Australia, one of the study’s authors, told MNT:

“In cellular and animal experiments, the hormonal vitamin D inhibits the production of inflammatory cytokines such as interleukin-12 (IL-12).”

In the paper, the researchers noted that vitamin D might also promote the production of IL-10, an anti-inflammatory cytokine.

Dr. Bruce Hollis, professor of pediatrics at the Medical University of South Carolina, who was not involved in the study, agreed with Prof. Hypponen and noted that “these are well-known control points of vitamin D at the cellular level.”

“To say that vitamin D is an important immune regulator is an understatement,” he told MNT.

The researchers concluded that improving vitamin D status in the deficiency range could reduce systemic low-grade inflammation and potentially mitigate the risk of inflammatory-related conditions.

When asked about the study’s limitations, Prof. Hypponen noted that their study only investigated the effects of vitamin D on CRP, and cannot be used to confirm the mechanisms underlying the link.

When asked about the study’s limitations, Dr. Nik Tsotakos, assistant professor of biology at The Pennsylvania State University, who was not involved in the study, told MNT:

“The study is very well performed, and it is important to note that the data came from a cohort of hundreds of thousands of individuals. The limitation that I can pinpoint to the study is that inflammation was determined exclusively by the levels of CRP which, while a sensitive marker, is not a specific one.”

He noted that more at the molecular, cellular, and tissue level is needed to understand how vitamin D levels are linked to autoimmune disorders.

Dr. David Cutler, a family medicine physician at Providence Saint John’s Health Center in Santa Monica, CA, who was also not involved in the study, underscored that the effects of vitamin D are an “area of ongoing controversy.”

“In fact, even the presumed bone enhancing properties of vitamin D were called into question by a recent large study of over 25,000 people followed for over 5 years showing no reduction in fracture risk by taking vitamin D. So, what are we to conclude from a recent study showing an association between lower levels of vitamin D and higher levels of the inflammation indicator c-reactive protein? Probably not much,” he told MNT.

This, Dr. Cutler said, is because association is not the same as causation.

He further noted that there is some uncertainty around defining what constitutes low vitamin D as “there has been no direct attribution of ill effects of vitamin D between 20 – 30.”

“Clearly, profound vitamin D deficiency can lead to abnormal bone formation (rickets) in children and osteoporosis in adults. However, subtle deficiencies, while associated with many conditions, have never been proven to directly cause or contribute to any disease,” he said.

“Supplementing children’s food—cereal and cow’s milk—has virtually eliminated rickets while osteoporosis and fractures in the elderly have had minimal, if any, impact from Vitamin D supplements. And there is always the risk of excess vitamin D causing kidney damage and bone pain.”
— Dr. David Cutler

When asked whether it might be important for people to check if they are clinically deficient in Vitamin D before taking supplements, Dr. Hollis shared his own recommendation:

“I would recommend taking a vitamin D supplement daily. I personally recommend a circulating level of 25(OH)D to be 50 ng/ml. Again, personally, I take a 10,000 IU/day supplement, as does my entire family, and we have not encountered a single problem from doing so over the past 15 years. One can have a blood test, but taking the supplement is easy and safe.”

“Typically, the over-the-counter vitamin D supplements contain relatively low doses that are overall very safe. That said, supplements are often taken by those people who don’t actually need them, as would be the case for most people living active lifestyles during the summertime,” Dr. Hypponnen added.

When in doubt, a blood test could help show if you have a deficiency.

“From late autumn to late spring, it can be helpful to take a bit of extra vitamin D. While for safety reasons, blood tests are not usually needed when taking the type of doses recommended in public health guidelines, if you want to make sure you are not eating supplements for no benefit, a blood test will help.”
— Dr. Elina Hypponen