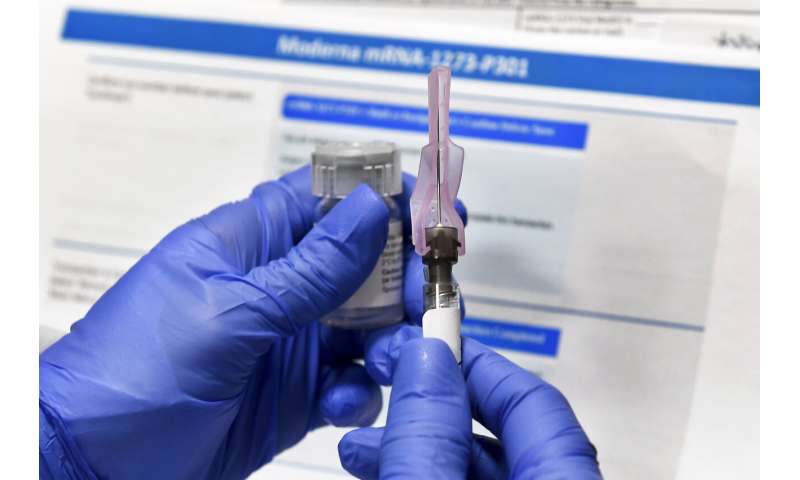 The U.S. stood on the verge of adding a second COVID-19 vaccine to its arsenal Friday as the outbreak descended deeper into its most lethal phase yet, with the nation regularly recording over 3,000 deaths per day.

The Food and Drug Administration was evaluating a shot developed by Moderna Inc. and the National Institutes of Health and was expected to give it the green light soon, clearing the way for its use to begin as early as Monday.

That would give the U.S. a critical new weapon against the coronavirus in addition to the Pfizer-BioNTech vaccine now being dispensed to millions of health care workers and nursing home patients as part of the biggest vaccination drive in U.S. history.

The go-ahead from the FDA would mark the world’s first authorization of Moderna’s shots. Large but unfinished studies show that both vaccines appear safe and strongly protective, though Moderna’s is easier to handle, since it does not need to be kept at ultra-frozen temperatures like the Pfizer-BioNTech shot. Both require two doses for full protection.

A second vaccine represents a ray of hope amid despair as the virus continues to spread unabated even before holiday gatherings certain to fuel the outbreak. 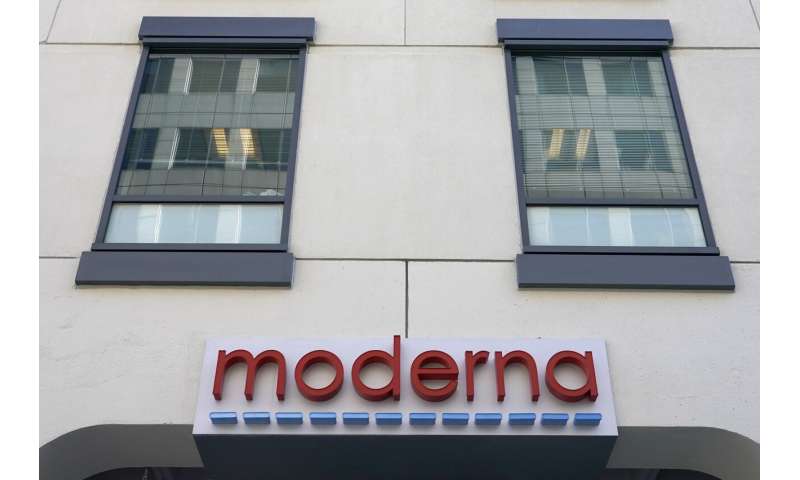 California has emerged as one of the most lethal hot spots, with hospitals running out of intensive care beds and ambulances lining up outside emergency rooms in scenes reminiscent of the calamity around New York City last spring.

The state on Thursday reported 52,000 new cases in a single day—equal to what the entire U.S. was averaging in mid-October—along with a one-day record of 379 deaths and more than 16,000 people in the hospital with COVID-19.

The goal is to get 80% or so of the U.S. population vaccinated by mid-2021 to finally conquer the outbreak.

Even with Moderna’s doses added to the U.S. supply, however, there won’t be enough vaccine for the general population until spring, and shots will be rationed in the meantime. And while health workers are enthusiastically embracing vaccination, authorities worry the public may need more reassurance to ensure more people get in line when it’s their turn. 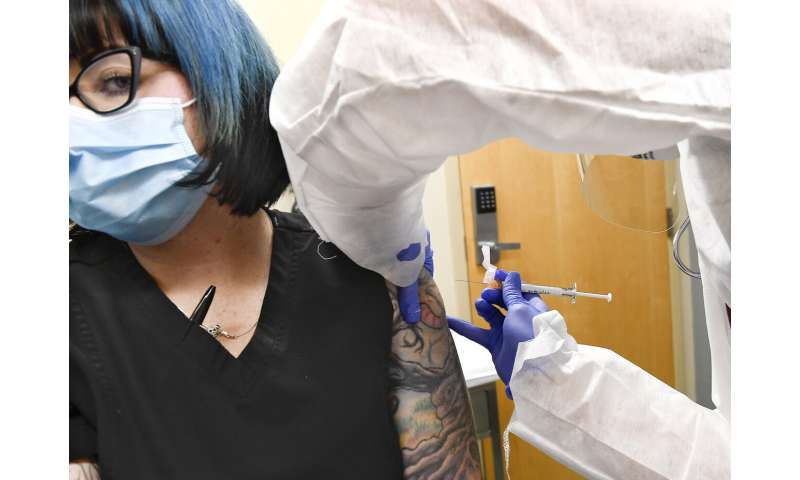 FDA clearance could help pave the way for other countries that are considering the Moderna vaccine. European regulators could authorize its use as soon as Jan. 6. Britain, Canada and a few other countries already have cleared the Pfizer-BioNTech shot, with a European Union decision due Monday.

“What we want to always remember is one size does not fit all. We want to have options,” said Dr. Paul Duprex of the University of Pittsburgh.

Moderna has about 5.9 million doses ready for shipment set to begin over the weekend. Injections of health workers and nursing home residents continue next week, before other essential workers and vulnerable groups are allowed to get in line. 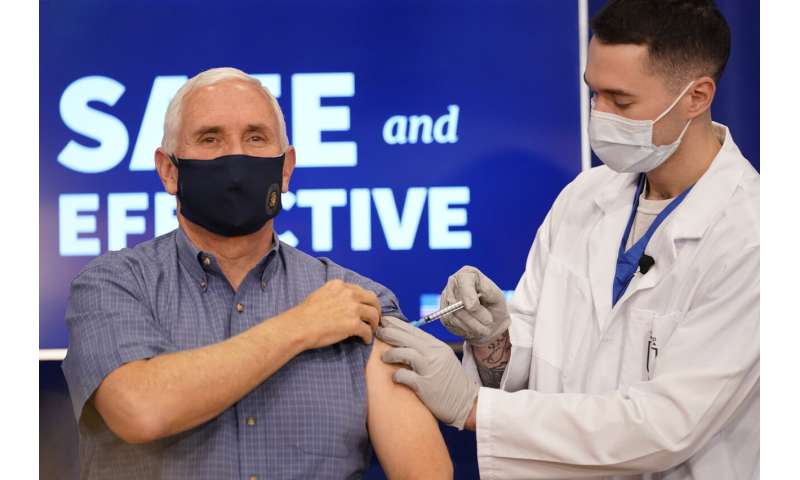 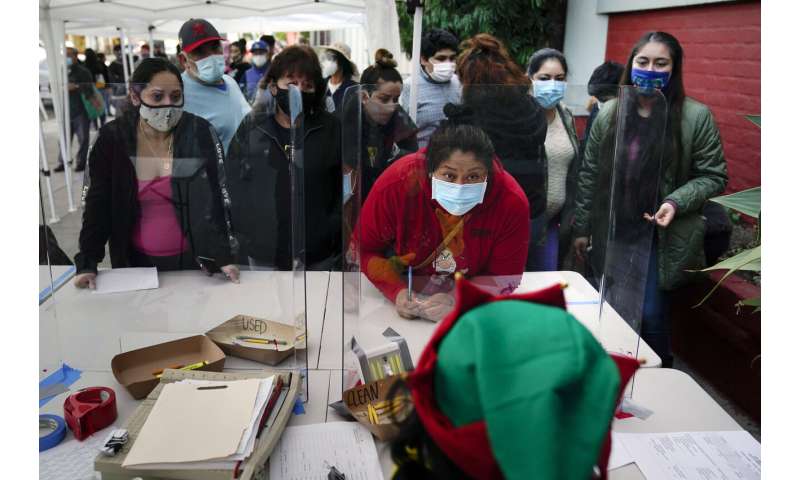 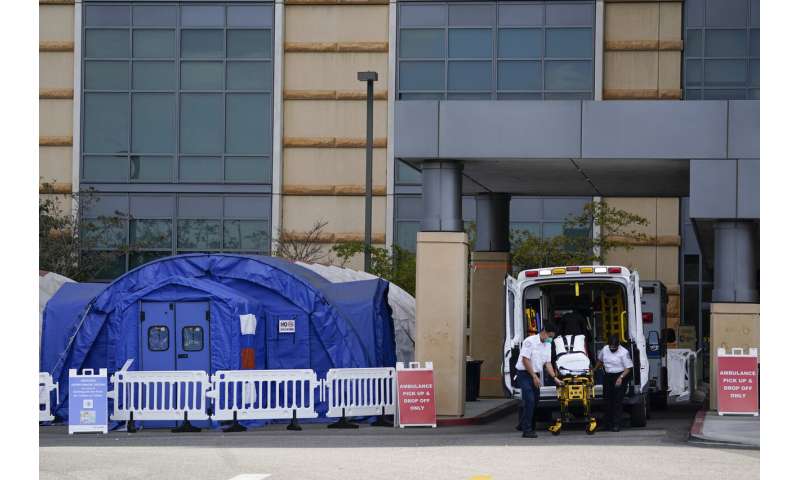 Both Moderna’s and Pfizer-BioNTech’s shots are so-called mRNA vaccines, made with a groundbreaking new technology. They use a piece of genetic code that trains the immune system to recognize the spike protein on the surface of the virus, ready to attack if the real thing comes along.

Experts are hoping the two together will “break the back of the pandemic” when combined with masks and other precautions, said Dr. Arnold Monto of the University of Michigan, who chaired an advisory committee that publicly debated the shots’ evidence ahead of FDA’s decisions.

Emergency authorization from the FDA means a vaccine is still experimental, with studies required to continue to track long-term safety and answer lingering questions.

Data provided to the FDA’s advisers show the Moderna vaccine was more than 94% effective at preventing COVID-19 in people 18 and older and that it strongly protected older adults, who are most vulnerable.