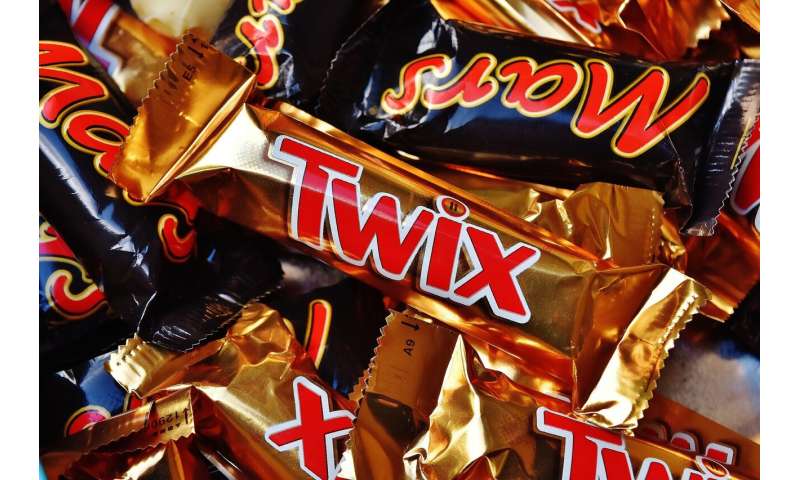 Eating while doing something perceptually-demanding makes it more difficult to notice when you feel full, shows new research from the University of Sussex.

Professor Martin Yeomans, Dr. Sophie Forster and colleagues found that when your senses are taken up by an engaging task, you are less likely to be able to adjust how much extra food or drink you consume. The team tested 120 participants, giving them lower and higher calorie drinks and giving them tasks which demanded both low and high amounts of their attention. The paper “Ingested but not perceived: response to satiety cues disrupted by perceptual load” is published today 12 August 2020 in the journal Appetite.

The team found that participants who were fully engaged in a perceptually-demanding task ate roughly the same amount of follow-up crisps regardless of whether or not they were initially given a high or low calorie drink. But the people who were engaged in a task which demanded less of them could adjust how much of the additional snack they ate. The people in this group ate 45% fewer crisps after the higher energy drink than after the lower energy drink.

Professor Martin Yeomans from the School of Psychology at the University of Sussex, said:

“Our study suggests that if you’re eating or drinking while your attention is distracted by a highly engaging task, you’re less likely to be able to tell how full you feel. You’re more likely to keep snacking than if you’d been eating while doing something less engaging. This is important for anyone wanting to stay a healthy weight: if you’re a habitual TV-watching snacker—watching, say, an engaging thriller or mystery, or a film with a lot of audio or visual effects—you’re not likely to notice when you feel full. Video-gamers and crossword solvers should also take note. We already knew that feeling full could be affected by the texture and appearance of food, as well as pre-existing expectations about how full we think a type of food should make us feel. Now we also know that feeling full depends on how much sensory information our brains are processing at the time.”

One-hundred and twenty participants consumed either a low-satiety (75 kcal) or high-satiety (272 kcal and thicker texture) drink while simultaneously completing a task which was either low or high in perceptual demand. The participants who were given the low perceptual load task, and were given the high-satiety drink felt more full and ate 45% less of the snack offered to them afterwards. However, the participants who were given the higher load perception task were less able to tell when they felt full, and ate more of the snacks offered to them. The researchers conclude that a person’s ability to notice when the body feels full depends on how much available attention there is ‘left’ in the brain.