‘Traditional masculinity’ is harmful, damaging the men who ascribe to it and everyone around them, according America’s top psychologists.

The warning was issued in a 36-page document by the American Psychological Association, its first set of guidelines on male mental health in 127 years.

Experts said the traditional ideology of what makes a man ‘a man’ constrains men.

It also can drive them to feel or act aggressively towards other groups who are not masculine, fueling misogyny, sexism, sexual assault, bullying and homophobia.

‘The main thrust of the subsequent research is that traditional masculinity — marked by stoicism, competitiveness, dominance and aggression — is, on the whole, harmful,’ it reads. 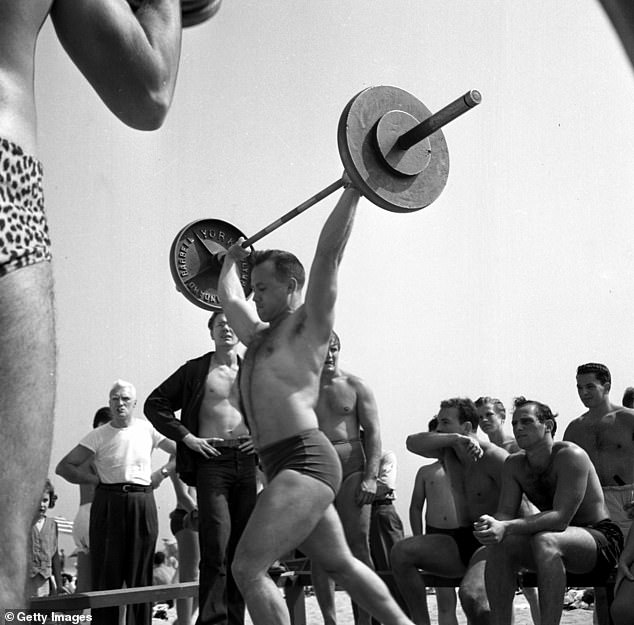 Traditional ideology of what makes a man ‘a man’ constrains men, and can make them act aggressively towards other people, psychologists found

Ronald F Levant, professor emeritus of psychology at the University of Akron, who co-edited a related document for the APA, said: ‘Though men benefit from patriarchy, they are also impinged upon by patriarchy,’

Being deemed ‘masculine’ or ‘a man’ is a narrow tight rope to master in Western society.

Compared to how we define femininity, masculinity is a narrow concept. Women can wear trousers and skirts, pink and blue, carry a bag or not. Men, by traditional standards, have half those options.

And most men feel that pressure acutely, according to a study by psychologist Jennifer K Bosson.

Bosson interviewed men about times they did something that was not masculine, and women about doing things that were not feminine. She found that women couldn’t really come up with any answers, while men had a myriad of scenarios – from wearing a pink shirt to holding their girlfriend’s purse for them.

‘My collaborators and I argue that the male gender role itself is kind of conceptualized as a precarious status. Manhood is something that is hard to earn and easy to lose, relative to womanhood,’ Bosson said in an interview on NPR’s Hidden Brain.

Some say that is shifting.

Instead, being open, empathetic, healthy and generous were the highest-ranking traits.

That has been borne out in other data sets, too.

A YouGov poll from 2016 found that millennial men do not see eye to eye with the narrow definition of ‘masculinity’.