Home » Health News » The naturopathy rebate is going, what could this mean for your health?

By the time she was prescribed a ninth course of antibiotics from a sixth doctor, Kayla Robertson says she would have tried anything to treat her recurring painful and aggressive foot infection.

After four years on a “merry-go-round of antibiotics” the 30-year-old says she visited a Melbourne naturopath and instantly noticed a difference. 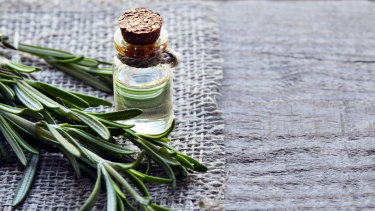 From April 1, people seeking the services of naturopaths will no longer receive a private health insurance rebate.Credit:Shutterstock

“Where the doctor’s visits took 15 minutes or less, this consultation went for over an hour," Robertson says, adding that the naturopath's focus on rebuilding her immune system – and referral to a dermatologist – was the "first time" she felt her concerns were "truly acknowledged".

From 1 April 2019, private health customers will no longer be able to claim rebates on naturopathic treatments. 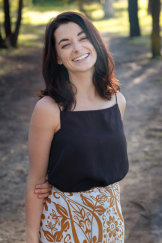 Kayla Robertson had a positive experience when she turned to a naturopath.

The changes, which are supported by the Australian Medical Association, come following a  2017 review examining the clinical efficacy, cost effectiveness, safety and quality of number of natural therapies, including naturopathy, aromatherapy, homeopathy, reflexology, yoga and pilates.

"In most cases there was insufficient evidence to draw definite conclusions regarding the clinical effectiveness of some natural therapies covered by private health insurance,” a Department of Health spokesperson said.

Consequently, the federal government “will no longer subsidise health insurance products that provide cover for some natural therapies where there’s no clear evidence they’re clinically effective”.

President of the Australian Naturopathic Practitioners Association Eta Brand, who sat on the panel for the review, is highly critical of the changes. She believes “the Australian public is being denied a right to their health choice based on a flawed review process” and has started a Change.org petition targeting federal health minister Greg Hunt.

Naturopathy is described by Eta as “more than 100 years of practice for both acute and chronic conditions – preventable lifestyle conditions such as weight, blood pressure, mood issues and more”. Each person’s treatment, she says, is bespoke: it could include dietary and lifestyle changes, counsellor referrals, or "possibly the support of a nutrient or herb".

However, Professor Edzard Ernst from the University of Exeter has an alternative definition.

“Naturopathy is an umbrella term for multiple therapies that all are supposedly supplied by 'mother nature,'" he says. "The problem is that most of them are, in fact, neither truly natural, nor demonstrably effective, nor safe.”

Simon Singh, a renowned UK-based sceptic and co-author of Trick or Treatment?, says, while the diet and exercise advice offered by a naturopath might be helpful, your family doctor will offer equally good, if not better, advice.

“At the other end of the scale, naturopaths offer all sorts of quackery, from potentially harmful herbal medicines to utterly discredited homeopathy,” he says. “Naturopaths are, in short, a one-stop shop for nonsense.”

Australian academia isn’t altogether dismissive of the effectiveness of naturopathy.

"Traditional and complementary is an important and often underestimated part of health care," Chan once said. "It’s found in almost every country in the world and, [when] of proven quality, safety, and efficacy, contributes to the goal of ensuring that all people have access to care.”

In this spirit, Dr Harnett has a relatively open mind about naturopathy.

“There’s sufficient evidence to support the role of a healthy diet and lifestyle, central to naturopathic practice, in the prevention and the overall management of many chronic diseases," she says.

"An appropriately qualified naturopath trained in nutrition and lifestyle counselling is arguably an ‘untapped resource’ by our health system.”

“Currently, the majority of evidence provided to support complementary medicine product claims is obtained from lower level evidence such as animal studies, making it difficult to translate the findings,” she says.

In addition, she issues an outright warning: “Consumers should be very cautious if they’re promised a ‘cure’ for any serious or complex conditions e.g. cancer or if advised against seeking or continuing care from their medical practitioner.”

Part of the problem, Brand says, is naturopathy isn’t a registered profession.

“Right now, the law allows anybody to put up a sign and call themselves a naturopath, even in some instances where people have been seriously harmed. We have no protection over that name.”

In April 2018, a disgraced Sydney naturopath Marilyn Bodnar, who put a breastfeeding mother on a liquid-only diet which nearly starved her eight-month-old baby to death, was sentenced to at least seven months in jail.

US former naturopath Britt Hermes says, after her time in the profession, she would "never want a loved one to get any kind of care from a naturopath, for any reason".

"Naturopaths don’t attend real medical school," she says. "It’s risky for any patient to seek out medical care from a naturopath as they can be misdiagnosed or prescribed dangerous therapies."

“Naturopathy doesn’t rely on evidence based medicine. Research shows many of the treatments, such as homeopathy, don’t work, and some herbal supplements can actually do harm or interact with other medications the patient is taking.”

Brand believes the public will continue to support naturopaths.

“Most will continue because $20 to $25 won’t break the bank for Australians who get extremely good results from naturopathic care,” she says.

However, the University of Melbourne study found cost was a “significant barrier” to those seeking naturopathic treatment.

“More than half of my clients make health fund claims so, yes, it’ll impact [me]," she says. "I’m having to diversify like all other practitioners are, so I can keep providing for my family."

For Robertson, after receiving naturopathic care for her foot infection, the value of naturopathy is in its results.

“I haven’t had the infection since,” she says.