The jab that’s 1,000 times hotter than chilli to beat pain of achy knees

A jab made from a chemical a thousand times hotter than chillies could be a new treatment for sore knees.

The hot jab contains resiniferatoxin (RTX), which burns away the nerve endings inside the knee that are responsible for transmitting pain signals from a damaged joint to the brain.

When these pain messages are stopped from getting through, it seems to ease the patient’s suffering. 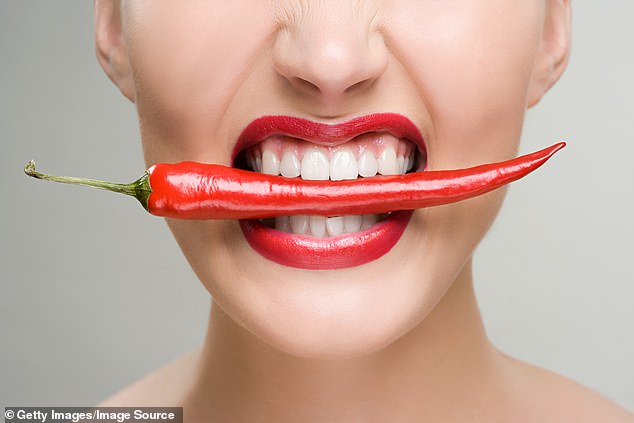 The hot jab contains resiniferatoxin (RTX), which burns away the nerve endings inside the knee that are responsible for transmitting pain signals from a damaged joint to the brain

A new U.S. trial involving 30 patients shows a single jab eases pain from osteoarthritis within 24 hours and many patients were still getting relief three months later.

An estimated nine million people in Britain have osteoarthritis. Joints suffer wear and tear with age (other risk factors include being overweight, a family history of it and sports injuries). As a result, the cushioning cartilage in the joints breaks down, meaning bones rub against each other, causing inflammation and pain.

Patients often need anti-inflammatory painkillers. While these help, they can damage the stomach if used for long periods.

Steroid injections can dampen down inflammation, but these sometimes worsen the condition by causing cortisone flare — where the injected steroid (cortisone) crystallises inside the joint and triggers more inflammation.

Around 100,000 people a year in the UK have a knee replacement as their joints are too badly eroded. The hot jab could ease pain quickly and might only be needed once every few months, reducing the risk of long-term complications.

RTX is a chemical extracted from a cactus-like plant, Euphorbia resinifera.

The chemical is similar to capsaicin — found in chillies — which is used in some painkilling creams, as it also burns away nerve endings that transmit pain signals. But RTX is said to be 1,000 times hotter and, therefore, more effective. As the chemical makes contact with nerves, it binds to a molecule that’s involved with pain signalling, called TRPV1, and generates heat. This burns the nerve endings, damaging their messaging capabilities. 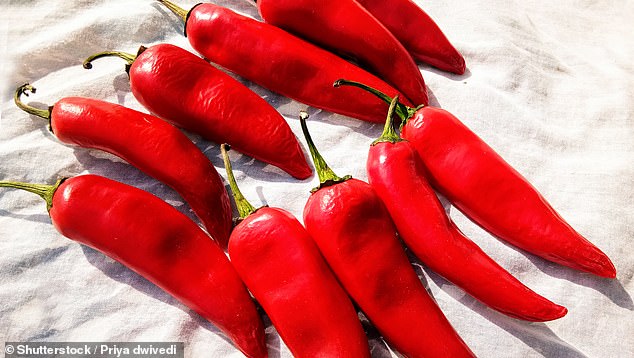 A new U.S. trial involving 30 patients shows a single jab eases pain from osteoarthritis within 24 hours and many patients were still getting relief three months later

Doctors inject it close to the ends of the shin bone and thigh bone, where nerve endings are located. In a trial on 30 patients at U.S. Brigham and Women’s Hospital in Boston, some reported relief within 24 hours and afterwards their pain scores on a scale of discomfort were significantly lower than patients who had a placebo jab. Most of the RTX group were still pain-free nearly three months later.

A further trial with 104 patients in three U.S. hospitals is ongoing; RTX is also being tested in other clinical trials as a potent pain‑reliever for patients with advanced cancer.

Philip Conaghan, a professor of musculoskeletal medicine at the University of Leeds, said RTX is likely to have fewer side-effects than existing painkillers as it is injected directly into the knee joint, rather than circulating round the body as pills do.

‘What’s good about this is it targets the nerves in the joint — where the pain is coming from,’ he says. ‘But this was a very small study, so it’s too soon to make a big call on its effectiveness.’