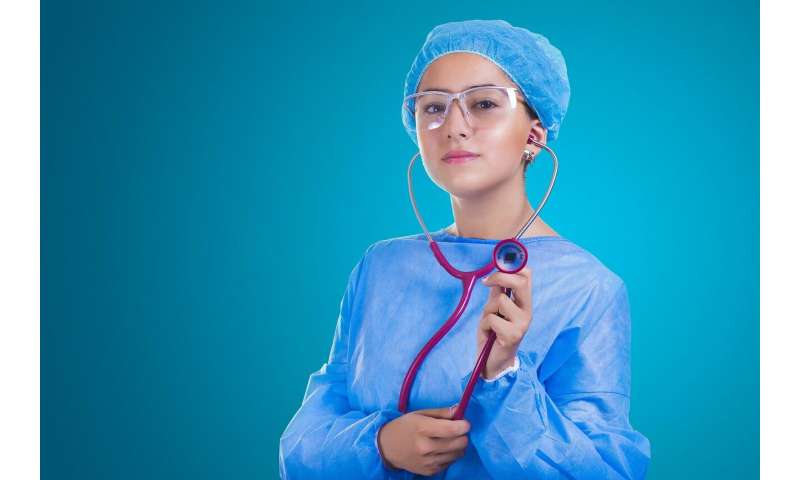 With the national abortion debate entering a new stage, a survey of U.S. obstetricians and gynecologists has found that while nearly 3 out of 4 had a patient who wanted to end a pregnancy in the past year, fewer than 1 in 4 were willing and able to perform one themselves.

Among the doctors who answered questions about the procedure, 1 in 3 cited personal, religious or moral reasons for not providing abortion services.

But conscientious objections to abortion were hardly the only factor influencing OB-GYNs’ decisions. As reported in a study published this week by the journal Obstetrics & Gynecology, 19 percent of the specialists who did not provide abortion care despite having patients who wanted it said that practical considerations—specifically, restrictions imposed on their practice settings—made it difficult or impossible for them to do so. And another 16 percent cited the attitudes of office staff in discouraging them from providing abortions.

OB-GYNs practicing in the Northeast or West were far more likely to offer procedures or drugs to end a pregnancy than were their peers in the South or Midwest, and women doctors were more likely than men to do so. And those practicing in an urban or suburban setting were much more likely to do so than those treating patients in midsize towns, rural areas or communities with a heavy military presence.

The new survey elicited reactions that underscored the central—and uncomfortable—role that physicians play in the abortion debate. In deciding whether and how to meet their patients’ medical needs and preferences, the doctors who care for women and deliver their babies are buffeted by state and federal regulations, fear of physical threats and protests, negative judgments by colleagues or neighbors, and their own complicated convictions.

“We have two patients: both the unborn child and the mother,” said Dr. Donna Harrison, executive director of the Association of Pro-Life Obstetricians & Gynecologists. “As physicians, we’ve taken the Hippocratic oath,” which commits physicians to “do no harm” to their patients, she said. “So we don’t kill our patients.”

Dr. Barbara Levy, vice president for health policy at the American College of Obstetricians and Gynecologists, countered that many physicians in her specialty, like many Americans, “have different concepts of when an embryo or fetus becomes a viable life.” That, she said, “is a deeply personal decision” that will influence an OB-GYN’s decisions about whether and which abortion services to provide.

But Levy stressed that even for those committed to offering their patients a full range of safe and legally protected abortion services, “there are barriers in place that have no medical necessity.” And on a medical landscape where the lone private-practice doctor is an increasing rarity, she said, the concerns of one’s colleagues, employer and institutional allies often dissuade an OB-GYN from providing abortions.

The result is that many patients have limited or no access to services they want or need and are legally entitled to receive, Levy said.

The new survey plumbed the attitudes of members of ACOG, a professional society with more than 58,000 members that represents roughly 90 percent of practicing OB-GYNs in the U.S. Researchers reached out to a sample of 1,000 doctors; 655 responded.

It comes in the midst of a renewed drive by the Trump administration to rally support for measures restricting abortion procedures. With the arrival on the Supreme Court of Justice Brett Kavanaugh, who is expected to swing the high court toward a narrower view of abortion rights, momentum is building for new limits.

But the survey reveals that women’s health specialists have grown more willing to aid patients intent on ending an unwanted pregnancy. In 2008, the last time ACOG asked its members about abortion, 14 percent said they had performed one in the previous year. That 24 percent said they had done so this time around marks a significant uptick.

The poll also suggests that doctors’ attitudes may be changing as abortions shift toward earlier pregnancy and increasingly rely on pills rather than procedures that mechanically aspirate or surgically cut a fetus from the uterus.

After years of steady decline, the abortion rate among U.S. women has reached a historic low, according to the National Academies of Sciences, Engineering and Medicine. In 2014, the latest year for which reliable figures are available, 926,190 abortions were performed legally in the United States. Fully 90 percent were performed in the first trimester of pregnancy, the National Academies found.

That mirrors a rise in so-called medical abortions, which can be performed outside of a hospital or clinic. These procedures involve two drugs—mifepristone (long referred to as RU-486 and known commercially as Mifeprex) and misoprostol—that are taken within 70 days a woman’s last menstrual period. The drugs shut off the flow of hormones necessary to sustain a pregnancy and then prompt contractions to expel the fetus.

The Food and Drug Administration approved their use in 2000 with a stringent “risk management” program that limits their use. The pills can cost as much as $1,000 per procedure, and not all public or private insurers will cover those costs.

In 2014, 31 percent of abortions were medical abortions, up from 6 percent in 2001, according to the Guttmacher Institute, an organization that conducts research and advocates for the expansion of sexual and reproductive health rights.

A recent Guttmacher report asserted that the method “has transformed the practice of abortion care.” Danco Laboratories, the sole manufacturer of mifepristone, has said that 3 million women in the United States have used the drug since 2000.

Today, 14 percent of OB-GYNs offer medical abortions, the new survey found. But among OB-GYNs whose patients have asked for an abortion but who do not now offer it, 28 percent said they would offer the drugs if the FDA lifted its most onerous restrictions on their use.

The FDA requires doctors wishing to provide medical abortions to register and agree to a wide range of conditions for dispensing mifespristone. The agency also mandates that mifespristone be stocked and provided in a physician’s office rather than prescribed by a doctor, dispensed by a pharmacy, and taken by a woman at home.

At least 17 states have added strictures that go beyond those imposed by the FDA. And at least seven states have made it a criminal act for a woman to “self-induce” abortion by taking the pills.

Harrison, who treated patients for 10 years but is not now in practice, called medical abortion “a lousy way to perform an abortion. … The only reason I can understand why it’s being pushed is that it’s easier for the abortion provider—they don’t have to be skilled, and they can dump their failures on the emergency room.”

But safety has not been a widespread concern beyond organizations like Harrison’s that are opposed to abortion.

A report issued last year by the National Academies concluded that complications “such as hemorrhage, hospitalization, persistent pain, infection, or prolonged heavy bleeding, are rare—occurring in no more than a fraction of a percent of patients.” ACOG, the American Academy of Family Physicians and other medical societies have called the FDA’s “risk-management” rules medically unnecessary.

The FDA’s strictures on doctors offering medical abortions are being challenged in a lawsuit by the American Civil Liberties Union. The suit says the conditions imposed by the FDA “harm and burden patients, particularly those in rural and medically underserved areas.”

While the FDA has not yet weighed in on the ACLU’s suit, the agency has given the go-ahead to a clinical trial that will test whether pregnant women can safely and effectively end a pregnancy by collecting the two-drug regimen from a pharmacy and administering those drugs without a doctor’s direct supervision. The trial, expected to be completed in July, will also assess pharmacists’ attitudes about dispensing mifespristone.

“Women are very interested in easier access to an abortion pill, and they don’t understand why these regulations are needed,” said trial leader Dr. Daniel Grossman, director of the Advancing New Standards in Reproductive Health research group at the University of California, San Francisco. Grossman is also the lead author of the new study in Obstetrics & Gynecology.

The survey results suggest that the proportion of OB-GYNs offering medical abortions might increase to as high as 31 percent—if the FDA allowed physicians to write prescriptions for mifespristone as they do for most other drugs.

At the same time, 47 percent of the specialists said that making the pills easier to provide would not change their minds about offering it to patients. Another 22 percent said they were unsure how they would proceed.

“We found the current restrictions (on medication abortions) were a significant barrier” to expanding the availability of medical abortions, Grossman said.

In his State of the Union speech this week, President Donald Trump called for new legislation to ban procedures in which he said “a baby (is) ripped from the mother’s womb moments before birth.” Yet, Grossman said, putting unnecessary constraints on the use of medication abortion drugs runs counter to the widely held view that earlier abortions are preferable.