Several crude foods (fruits, vegetables, drugs, etc.) and processed food products primarily consist of sugars, and carboxylic and amino acids. Thus, the need for quantitative analysis of sugars is gaining critical importance, and various forms of chromatography techniques are being applied for this purpose. 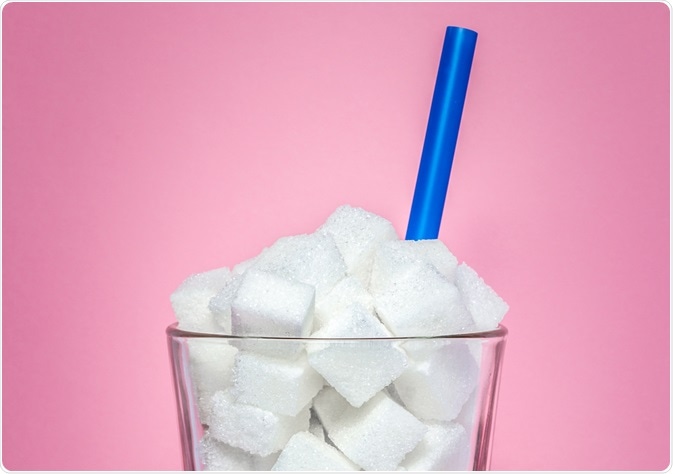 The sensory and textural properties of foods can be attributed to monosaccharides, such as glucose, fructose, sucrose, and oligo and polysaccharides. The main difficulty while analyzing sugars is the variable isomeric forms that they can be present in. For example, glucose can be present in several forms: simple non-glycoside form, hydrated form, and α- or β-glucopyranose.

Also, several monosaccharides differ from each other in minor ways, such as a differently oriented hydroxyl group. Thus, the analysis of glucose, for example, may involve the separation of six different glucose isomers requiring highly selective and sophisticated separation methods.

However, for the analysis of polysaccharides within food, the exact distribution of isomers may not be essential. In fact, in many cases, an abundance of information may lead to misinformation. In such cases, chromatographic techniques, such as high-performance liquid chromatography can separate the sugars with limited resolution, selectivity, and sensitivity.

High-performance liquid chromatography is used to separate and identify components in a mixture. In this method, the liquid solvent is passed through a column that is filled with adsorbent material such as silica. As the solvent passes through it, different components interact with the solvent at different rates, leading to different flow rates. This leads to separation of the individual components.

This method has been extensively used to analyze underivatized sugars. Graphitized carbon columns have been used to separate mono or disaccharides, and maltose sugars. High-performance liquid chromatography has been used in the fields of food analysis, identifying saccharides in plants, fermentation media, and other components.

Even trace levels of sugars have been quantified using reverse-phase high-performance liquid chromatography. This method has also been coupled with electrospray ionization (ESI) to characterize size, sequence, and branch structures of closely related sugars.

Gas chromatography is used in cases where the compound to be analyzed can be vaporized without undergoing decomposition. The uses of gas chromatography include testing the purity of a compound, separating the components of a mixture, or identifying a compound. This method has been used to analyze sugars in environmental samples.

In one study, the fragmentation and retention times of fifty sugars, including monosaccharides, sugar alcohols, anhydrosugars, and di- and trisaccharides was determined. The analysis was performed on aerosol particles, soil and sediment samples and the method was able to detect several environmental sugars, such as glucose, fructose, inositol, mannitol, sorbitol, levoglucosan, sucrose, and mycoses.

Ion chromatography can separate ions and polar molecules depending on their affinity with the ion exchange column. In a study, ion chromatography was used to determine the presence of five monosaccharides, including arabinose, glucose, fructose, xylose, ribose, and disaccharides (sucrose and lactose) from samples of raw sugars.

The analysis was performed on the CarboPac PA 10 column and a gradient elution of sodium hydroxide and water was used as the mobile phase. A working electrode made from gold was used to detect the mono and disaccharides. This method could achieve a detection limit of less than 0.5 µm/ml.

Dr. Surat graduated with a Ph.D. in Cell Biology and Mechanobiology from the Tata Institute of Fundamental Research (Mumbai, India) in 2016. Prior to her Ph.D., Surat studied for a Bachelor of Science (B.Sc.) degree in Zoology, during which she was the recipient of anIndian Academy of SciencesSummer Fellowship to study the proteins involved in AIDs. She produces feature articles on a wide range of topics, such as medical ethics, data manipulation, pseudoscience and superstition, education, and human evolution. She is passionate about science communication and writes articles covering all areas of the life sciences.