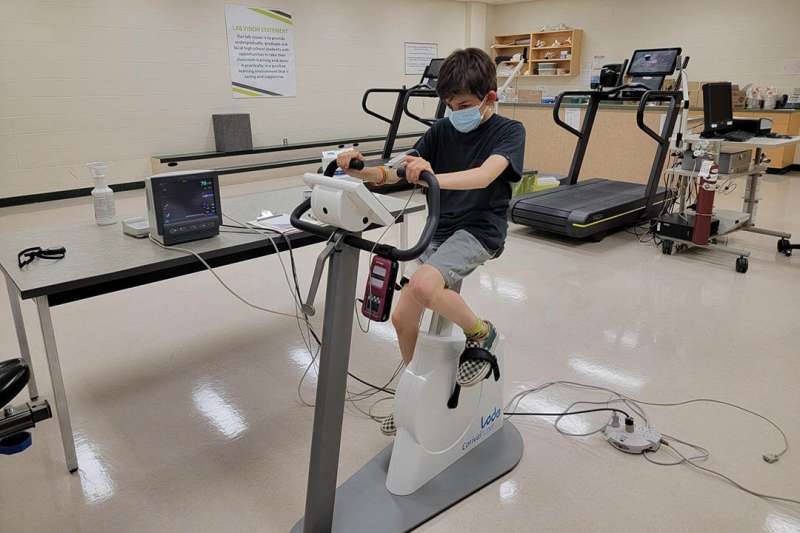 Ice hockey has been linked to the spread of COVID-19 in the sports community—including among youth—with multiple case transmissions in the past year being attributed to infected players exposing their teammates to the virus.

Children under the age of 12 are currently unable to receive a COVID-19 vaccine in Canada. As youth return to their fall and winter sports, it is vitally important to find effective ways to prevent them from becoming infected or spreading COVID-19 to other vulnerable populations.

“COVID spread is very prevalent during ice hockey because of close contact between players, heavy breathing during play, and poor ventilation of arenas,” said Dr. Phil Chilibeck (Ph.D.), a co-author of the study.

To determine if wearing a surgical mask during play affected performance, the interdisciplinary USask College of Kinesiology, College of Pharmacy and Nutrition, and School of Rehabilitation Science research team assessed physiological factors including heart rate and oxygen levels in the blood and muscles, as well as players’ perceived levels of fatigue.

The heart rate and oxygen levels of both male and female youth ice hockey players were measured at different levels of exercise intensity both on and off the ice. One group of youth wore a full face mask while the other wore an adapted version that did not cover the nose or mouth.

“We found that wearing a face mask had no effect on high-intensity exercise performance simulating a hockey shift in boy and girl hockey players who were 9–14 years old,” said Chilibeck.

These findings are similar to the results of other studies that evaluated face mask use and physical exercise—there is generally no difference in heart rate or oxygen saturation in children or adults partaking in exercise while wearing a face mask.