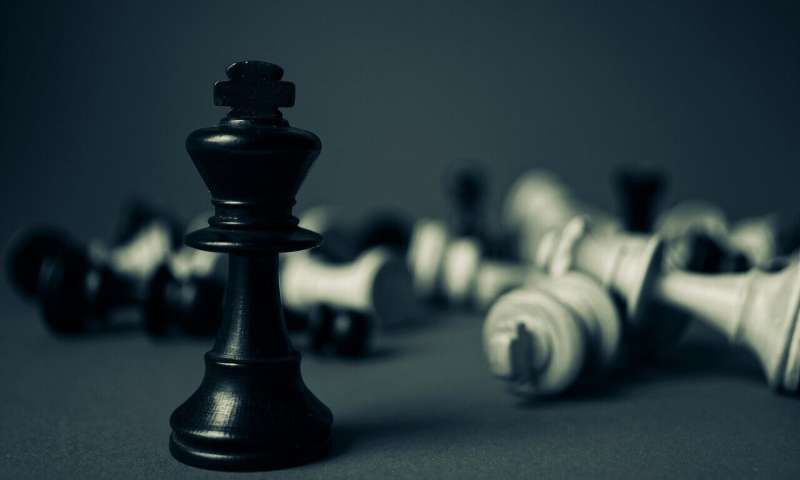 A trio of researchers from Institut Polytechnique Paris, Ludwig-Maximilians-Universitat München, and Erasmus University has found evidence suggesting that cognitive abilities in humans peak at age 35 and begin to decline after age 45. In their paper published in Proceedings of the National Academy of Sciences, Anthony Strittmatter, Uwe Sunde and Dainis Zegners describe their study of chess player skill over a span of 125 years and what they found.

Prior research has shown that cognitive skills for most people begin to decline sometime during mid-life and continue to deteriorate for the rest of a person’s life. In this new effort, the researchers have found a novel way to show such decline—by measuring the skills of professional chess players.

The work involved analyzing player performance over approximately 24,000 professional chess matches from the years 1890 to 2014. In all, they studied the moves of 4,294 players, 20 of whom were world champions—the other 4,274 were their opponents. The researchers’ goal was to follow the skill level of each player over many years of their life to gage their skill level over time. They did this by comparing chess moves made by each player against optimal moves suggested by a computerized chess engine over the course of their career.

They found that performance for most players increased rapidly until they reached the age of 20—after that, their performance improvements slowed until reaching a peak at approximately age 35. Most of the players were able to maintain their peak playing abilities for approximately 10 years—after age 45, skills began to deteriorate. The researchers describe the data for a given individual as representing a “hump-shaped curve.”