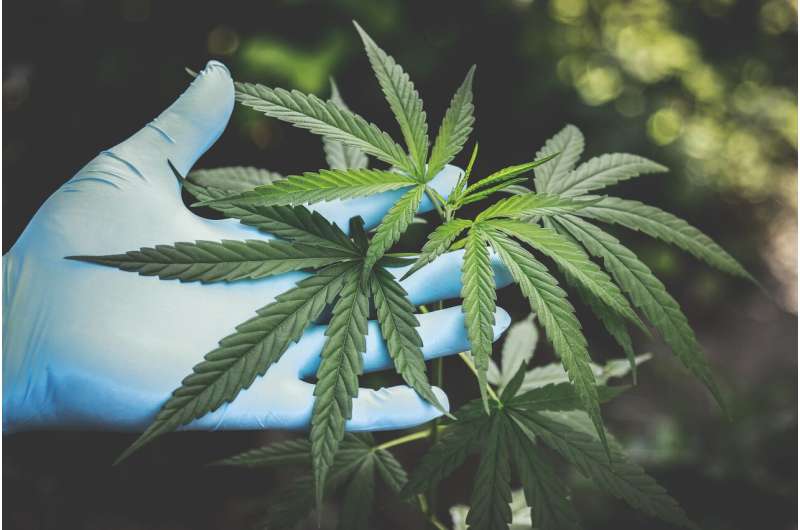 Scientists at Dana-Farber Cancer Institute and the Centers for Disease Control and Prevention have uncovered new evidence of the potential health risks of chemicals in tobacco and marijuana smoke.

In a study published online today by EClinicalMedicine, the researchers report that people who smoked only marijuana had several smoke-related toxic chemicals in their blood and urine, but at lower levels than those who smoked both tobacco and marijuana or tobacco only. Two of those chemicals, acrylonitrile and acrylamide, are known to be toxic at high levels. The investigators also found that exposure to acrolein, a chemical produced by the combustion of a variety of materials, increases with tobacco smoking but not marijuana smoking and contributes to cardiovascular disease in tobacco smokers.

The findings suggest that high acrolein levels may be a sign of increased risk of cardiovascular disease and that reducing exposure to the chemical could lower that risk. This is particularly important for people infected with HIV, the virus that causes AIDS, given high rates of tobacco smoking and the increased risk of heart disease in this group.

“Marijuana use is on the rise in the United States with a growing number of states legalizing it for medical and nonmedical purposes—including five additional states in the 2020 election. The increase has renewed concerns about the potential health effects of marijuana smoke, which is known to contain some of the same toxic combustion products found in tobacco smoke,” said the senior author of the study, Dana Gabuzda, MD, of Dana-Farber. “This is the first study to compare exposure to acrolein and other harmful smoke-related chemicals over time in exclusive marijuana smokers and tobacco smokers, and to see if those exposures are related to cardiovascular disease.”

The study involved 245 HIV-positive and HIV-negative participants in three studies of HIV infection in the United States. (Studies involving people with HIV infection were used because of high tobacco and marijuana smoking rates in this group.) The researchers collected data from participants’ medical records and survey results and analyzed their blood and urine samples for substances produced by the breakdown of nicotine or the combustion of tobacco or marijuana. Combining these datasets enabled them to trace the presence of specific toxic chemicals to tobacco or marijuana smoking and to see if any were associated with an increased risk of heart disease.

The investigators found that participants who exclusively smoked marijuana had higher blood and urine levels of several smoke-related toxic chemicals such as naphthalene, acrylamide, and acrylonitrile metabolites than non-smokers did. However, the concentrations of these substances were lower in marijuana-only smokers than in tobacco smokers.

Investigators also found that acrolein metabolites—substances generated by the breaking down of acrolein—were elevated in tobacco smokers but not marijuana smokers. This increase was associated with cardiovascular disease regardless of whether individuals smoked tobacco or had other risk factors.