To view this video please enable JavaScript, and consider upgrading to a webbrowser thatsupports HTML5video

Have you ever seen a dog so grumpy he doesn’t want to swim?

When Katherine, a 34-year-old University Administrator from San Diego, California, discovered Lil Hobbs on PetFinder in 2016, his ‘sweet’ face didn’t indicate just how grumpy he’d be.

But five years on, the social media-famous pup refuses to take part in his hydrotherapy sessions – a therapeutic, non weight-bearing exercise technique that takes place in warm water – which is meant to help him with a number of health issues, including scar tissue from torn ligaments that never healed, cataracts and arthritis.

In his old age, Lil Hobbs has been left with a permanent hobble in his work.

‘The first time I saw him…I had never seen a dog walk slower than him,’ said Kathryn.

‘After half a block, he had to take a break and just melted into my arms – he doesn’t let most people hold him, so he must have felt comfortable with me.’ 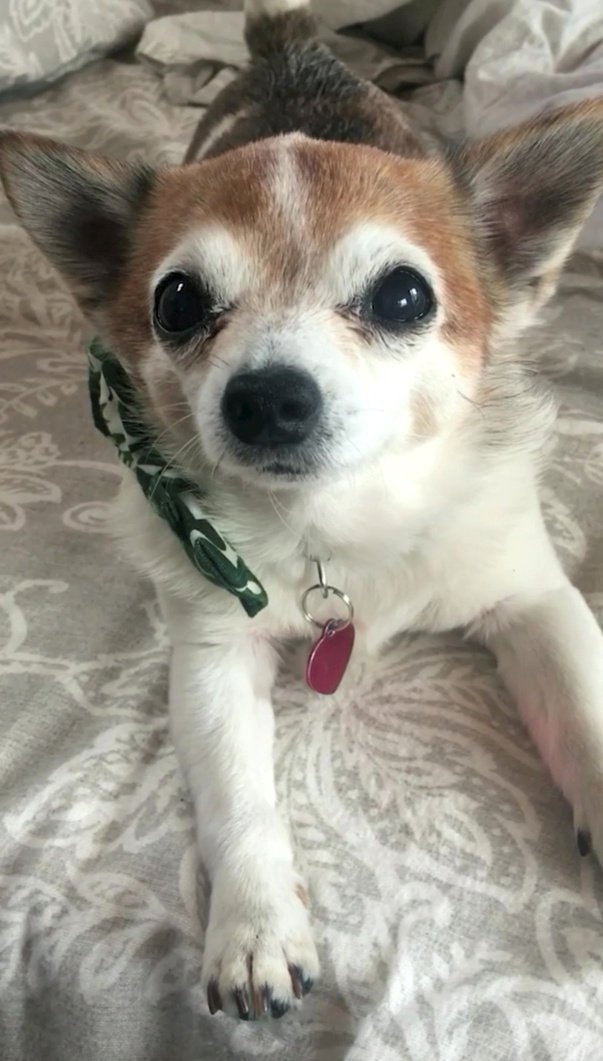 He began hydrotherapy sessions in July 2021 to help him slowly build up his endurance so he can walk or swim for longer.

But Lil Hobbs refuses to swim on his own.

Kathryn said: ‘He is just a generally grumpy dog!

‘He’s not fond of exercising so will just refuse.

‘He is also not great with other people, so he can be a bit spicy at the sessions.

‘I don’t know much about his past, other than that he was a stray found in the Bronx.

‘It’s clear he must have had a hard life.’

Over the years, Lil Hobbs has become very popular across Instagram and TikTok.

On TikTok alone, he has more than 130K followers and 5.3 million likes.

While creating Hobbs content started off as a fun side hobby for Kathryn, she said they have amassed an ‘incredibly kind fanbase from all over the world.’

Kathryn is sure to use her platform for good, donating to local animal rescues and starting an ongoing campaign to raise money for humanitarian aid in Ukraine, where she once lived.

She has even written a children’s book about Lil Hobbs’ adventures.

‘He’s given me an outlet to express my love of art and media, something that isn’t always possible when I’m working on spreadsheets and budgets in my day job,’ said Kathryn.

Which is why, despite his grumpy temperament, she still loves him.

‘He’s still a grumpy old man, but I love him regardless,’ she said.