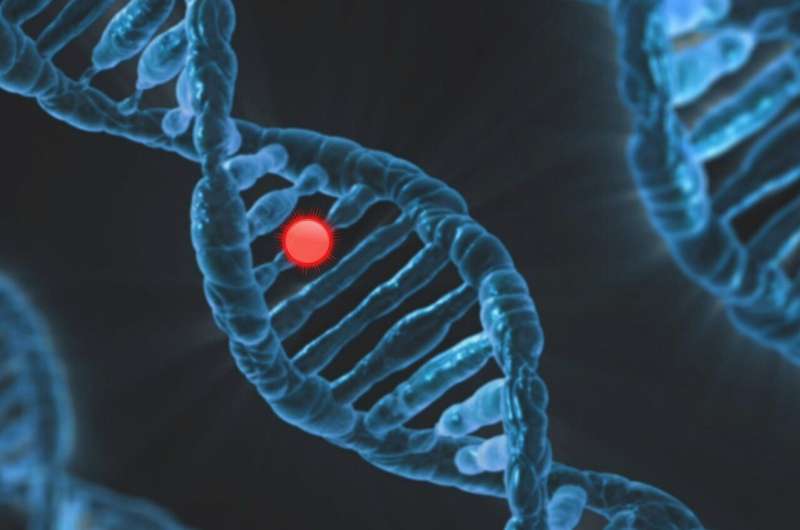 Researchers at the University of East Anglia have solved an 80-year-old medical mystery of the cause of kidney damage in children, which can be fatal in babies.

Those affected by the condition cannot metabolize vitamin D properly, causing a build-up of calcium in the blood and leading to kidney damage and kidney stones.

It led to a wave of baby deaths in the 1930s and 1940s, after foods such as milk, bread, cereal, and margarine were fortified with Vitamin D in a bid to eradicate rickets in children.

Recent research had shown that the condition, now known as infantile hypercalcemia type 1, is caused by a gene mutation. But curiously, around 10 percent of patients experiencing symptoms do not have the genetic mutation.

“This really puzzled us,” said lead researcher Dr. Darrell Green, from UEA’s Norwich Medical School. “So we wanted to find out exactly why this 10 percent appeared to have the condition, but without the gene mutation that was found to cause it.”

The findings are published in the Journal of Bone and Mineral Research.

The puzzle began in the early 1900s, when more than 80 percent of children in industrialized Europe and North America were affected by rickets, which causes bone pain, poor growth and soft, weak, deformed bones.

Dr. Green said, “Foods such as dairy products had been fortified with vitamin D, but it led to a number of baby deaths, and was eventually banned in many countries except for in breakfast cereals and margarine.

“In 2011, researchers found that some people are born with a mutation in the CYP24A1 gene, which means they cannot metabolize vitamin D properly. This causes a buildup of calcium in the blood, leading to kidney stones and kidney damage, which can be fatal in babies. It was the reason why vitamin D-fortified food in the 1930s caused intoxication in some people.

“Today, some people do not realize they have a CYP24A1 mutation until they are adults, after years of recurrent kidney stones and other problems. In most cases, these patients are screened and find out that they have the CYP24A1 mutation and the disorder now known as infantile hypercalcemia type 1, or HCINF1.

“However, in around 10 percent of suspected HCINF1 patients, they do not display an obvious mutation in CYP24A1 and continue to have lifelong problems without a proper diagnosis.”

The UEA team collaborated with colleagues at the Norfolk and Norwich University Hospital, where they worked with 47 patients.

They used a combination of next generation genetic sequencing and computational modeling to study blood samples from those 10 percent of puzzling patients.

Dr. Green said, “A Ph.D. student in my laboratory, Nicole Ball, carried out a more extensive genetic analysis of six patient blood samples and we found that the physical shape of the CYP24A1 gene in these apparent HCINF1 patients is abnormal.

“This tells us that gene shape is important in gene regulation—and that this is the reason why some people lived with HCINF1 but without a definitive diagnosis,” he added.

Prof. Bill Fraser, from both Norwich Medical School and the Norfolk and Norwich University Hospital, co-led the study and treats HCINF1 patients in metabolic bone clinics.

He said, “Genetic causes of vitamin D toxicity can be left undiagnosed for long periods, well into adulthood, sometimes coming to light during pregnancy when fortification of mothers with vitamin D happens. We also see patients with undiagnosed causes of recurrent renal stones who have had this condition for many years.

“Treatment includes avoidance of vitamin D supplementation in subjects with the particular genetic abnormalities we have identified.

“A beneficial side effect to some anti-fungal medications includes alteration of vitamin D metabolism lowering active vitamin D, which decreases calcium levels and can give patients a more normal quality of life, which we have started to prescribe in some patients,” he added.

The researchers now plan to investigate the role of gene shapes in other disorders such as cancer.

Shelley O’Connor, 34, from Norwich, was diagnosed with infantile hypercalcemia type 1 eleven years ago when she became pregnant with her first child at the age of 23.

She had started to take pregnancy supplements, which included vitamin D. But she began to experience a pain so severe that midwives thought she was going into an early labor at just 23 weeks.

“It was very frightening,” she said. “I was in a lot of pain, and the midwives thought I was going into labor. I was really scared for the baby, but when I had an MRI, they found out that it was actually a kidney stone caused by taking vitamin D as a pregnancy supplement.”

Thankfully, her son was born safe and well at full term, and Shelley has since gone on to have another two children.

“I was diagnosed with HCINF1 and it did explain a lot because I had experienced things like abdominal pain and UTIs in childhood,” she said.

But the condition has taken its toll. Shelley now regularly passes kidney stones and needs to take pain medication. She also has to have an operation every six months to clear the calcium build-ups that lead to kidney stones.

“I was really pleased to be invited to take part in the research, and I hope the findings go on to help others like me,” she said.