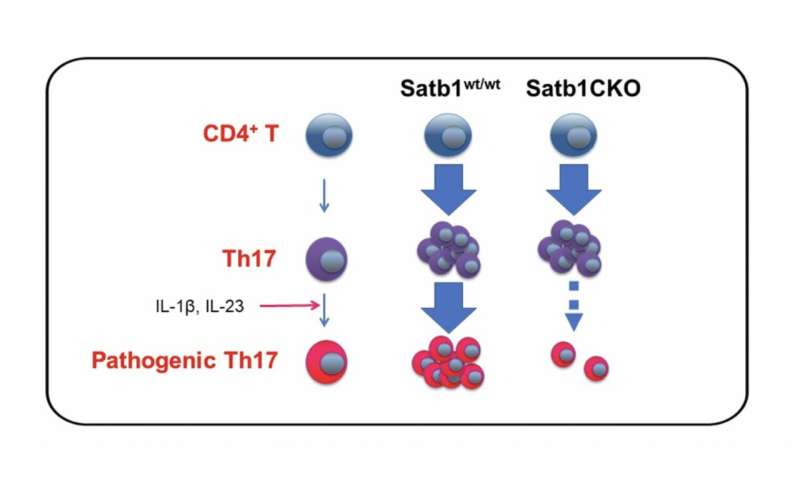 An international study group led by researchers from Osaka University identifies a protein regulator responsible for inducing the pathogenic properties of Th17 cells, leading to multiple sclerosis and other inflammatory autoimmune disorders

Osaka, Japan – Inflammatory and autoimmune diseases such as psoriasis, rheumatoid arthritis, and multiple sclerosis (MS) are a major healthcare burden worldwide and are life-altering conditions for afflicted patients. Yet, while much is known about the mechanisms of disease, in most cases there are very few effective treatment options.

However, a recent study published in Nature Communications provides hope for autoimmune disease sufferers. Led by researchers from Osaka University, the study team found that genome organizer protein Satb1 triggers a shift in immune cells, inducing tissue inflammation and autoimmunity. This breakthrough could lead to new treatments targeting the source of inflammation.

Interleukin 17-producing T-helper (Th17) cells are a recently-identified class of immune cells that play a major role in protecting us against invading pathogens. But, despite their name, Th17 cells aren’t always so helpful. In fact, studies have shown that excessive inflammation induced by Th17 cells is actually one of the underlying causes of many inflammatory and autoimmune disorders. 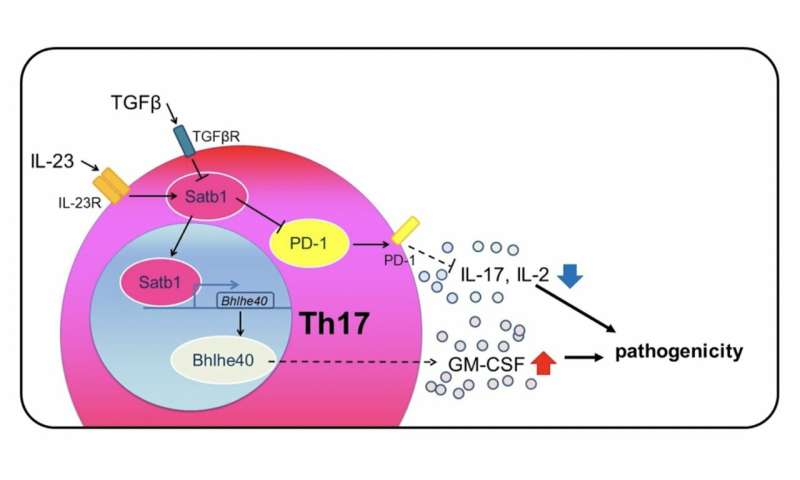 But what causes Th17 cells to cross the line from helpful to harmful?

To answer this question, the researchers examined genome organizer protein Satb1. “We have known for some time that Satb1 is indispensable for the development of T-cells in the thymus. However, how it is involved in the regulation of pathogenic processes of Th17 cells in inflamed tissues had not been examined,” explains lead author Keiko Yasuda.

Using a mouse model of MS, the researchers deleted the Satb1 gene in Th17 cells and found that the disease no longer developed in the mutant mice. Key to this mechanism was the lack of expression of a protein called granulocyte-macrophage colony-stimulating factor (GM-CSF) by the Satb1-defective Th17 cells. GM-CSF is a pathogenic cytokine that causes localized tissue inflammation in MS and other inflammatory autoimmune diseases. Importantly, Satb1 was also found to enhance the expression of the GM-CSF gene, confirming its role in promoting inflammation in diseased individuals.