As a result, there will be more deaths from the disease and life expectancy will be reduced “for many years to come”, Prostate Cancer UK has warned.

The charity’s study comes as experts warn the Covid-induced backlog is becoming “irreversibly worse” with patients facing record waits for lifesaving treatments. It studied records of 120,000 sufferers before and after the start of the pandemic.

Ananlysis showed a three per cent increase in men diagnosed with late-stage disease compared with pre-pandemic levels. It also found fewer men with advanced cancer had received the recommended treatment: 38 per cent compared with 47 per cent before.

The study – presented to the European Society for Medical Oncology in Paris – also reported four per cent fewer younger men – aged 45 to 74 – were diagnosed during the pandemic and more men were diagnosed in emergency departments. 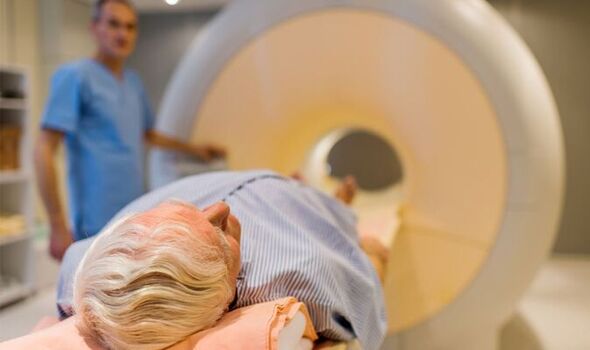 Disturbingly it also found during the first year of lockdown – between April and December 2020 – there was a 19 per cent jump in the number of men with prostate cancer dying of other causes, such as heart disease or dementia, compared with pre-pandemic levels, the equivalent of 3,700 extra deaths.

Chiara De Biase, of Prostate Cancer UK, said: “This data is extremely worrying and shows how vital it is that more is done to raise awareness of prostate cancer, particularly among younger men.

“At least 14,000 fewer men were diagnosed during the pandemic, and we now know that unless things change, we’re facing the distressing prospect of worsening health outcomes for men.”

The death last month of its ambassador, former BBC Breakfast presenter Bill Turnbull, was a reminder of the need for prompt diagnosis.

His determination to raise awareness saw record numbers of men diagnosed in 2018.

Ms De Biase added: “This data is particularly concerning because men treated for stage 1 and 2 prostate cancer have a nearly 100 per cent five-year survival rate, compared with around 50 per cent for those treated at stage 4. Diagnoses in A&E are linked to lower survival rates.”

All cancer patients are facing longer waits to start treatment. Just 61.1 per cent began within the target 62 days of an urgent referral in July.

Oncologist Prof Pat Price, of the #CatchUp With Cancer Campaign, said: “These frightening long waits are yet more evidence that the Covid-induced cancer backlog is spiralling out of control.”

She added: “We don’t have enough frontline staff, machines or IT. We know every four-week delay leads to a reduction in survival. We urgently need a radical new approach from the new Health Secretary.”

“We continue to encourage men most at risk of prostate cancer, including black men, those over 50, or those with a family history, to speak to their GP about having a PSA test if they are concerned.”