Lethargy, bloating, mood swings, breaking out in spots — many people who menstruate experience one or more of these symptoms in the run up to their monthly period. For some, they are merely an inconvenience, but for others they can significantly impact day-to-day life. Why do such symptoms occur, and are some people more susceptible than others? We gathered some personal perspectives and expert advice on how to cope with PMS. 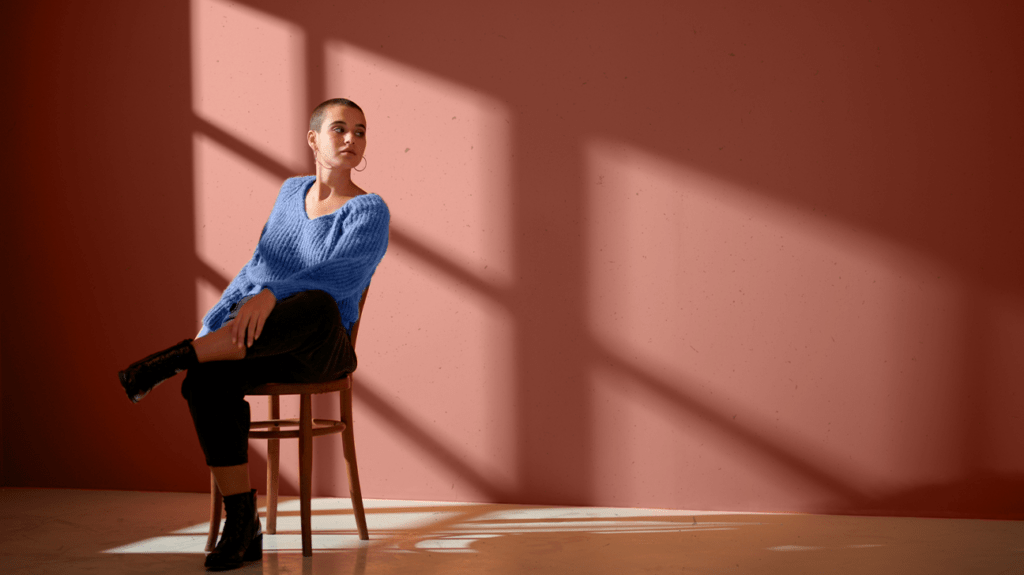 The term pre-menstrual tension (PMT) was first coined in 1931 by an American gynecologist, Robert T. Frank, to describe symptoms experienced by people who menstruate at certain times during their cycles.

Although he described several physical symptoms, such as cyclical asthma, cardiac irregularity, and water retention, his main focus was on what he called “nervous tension,” which caused “improper or undesired” behaviors. He blamed this “hysteria” in the days before menstruation on an excess of estrogen.

Since then, doctors and researchers have discredited the notion of hysteria as a catch-all term used to describe almost any behaviors and conditions that defied the rules and expectations of a traditional patriarchal society.

The term PMT has consequently also fallen out of use. Instead, doctors now refer to premenstrual syndrome (PMS), which can include both mental health and physical symptoms.

And an excess of estrogen is not to blame — levels of both estrogen and progesterone decrease dramatically after ovulation, so they are low in the days leading up to the period. However, even now, the exact cause of PMS is not entirely clear.

“The cause of these physical, emotional, and psychological symptoms is thought to be a result of hormonal changes and fluctuations, involving estrogen and progesterone, during the menstrual cycle especially 1–2 weeks before a period begins.”

What we do know is that a large number of women experience a range of symptoms in the days leading up to their period.

Most of these are a normal part of the cycle, but for some, they can interfere with day-to-day functioning.

According to Dr. Ross, “[p]art of being a woman is experiencing the physical and emotional craziness that happens 1 to 2 weeks before your period.”

“Mood swings and emotional upheaval are common symptoms of PMS. Symptoms can include extreme depression, fits of anger, and overwhelming anxiety. Crying spells, angry outbursts, and feeling worthless are part of the PMS mood swings,” she added.

Psychological symptoms are common. For most, they are inconvenient, but they do not affect day-to-day functioning, as 20-year-old Flora* told Medical News Today: “Like clockwork, the day before my period, I’ll be really moody and short-tempered. […] Often, I forget my period is due, but find myself getting emotional for no reason—then the next day my period comes. The week after my period, I feel great.”

Many women notice physical symptoms too. Dr. Ross described some of the changes that might occur in the days leading up to a period:

Not all women will get all the symptoms, as Flora told MNT: “Physically, I tend to break out the week before my period, and I feel bloated and puffy for a few days.”

Immy*, 25, agreed: “The week before my period, I get really sore breasts, my skin gets oilier and I get skin breakouts.”

However, for some people, the physical and psychological symptoms can be severe and debilitating, which may be a sign of premenstrual dysphoric disorder (PMDD). Dr. Ross advised that PMDD should be considered if “these emotional changes become disruptive with work or your personal life.”

Existing research suggests that approximately 80% of those who menstruate experience at least one premenstrual symptom every month.

The survey respondents for this study were users of the Flo Health mobile app, which is a menstrual cycle tracking tool. The respondents were aged between 18 and 55.

The most common symptom every cycle, reported by a staggering 85.28% of respondents, was food cravings.

Mood swings and anxiety affected almost 65%, while fatigue was reported by 57%. Around 63% of respondents said that their symptoms interfered with their everyday life at least some months, with more than 28% reporting interference every cycle.

The researchers suggest that their data indicate “that premenstrual mood symptoms are a key public health issue globally.“

Dr. Jennifer L. Payne, who led the study, commented that “[t]here are a number of treatment strategies that are available to treat premenstrual symptoms that interfere with a woman’s everyday functioning.”

“Increasing awareness of how common these symptoms are, and that if they impact functioning that there are treatments available, will help women improve their quality of life,” she noted.

However, as many of these symptoms are associated with perimenopause, they may not all be a result of PMS.

Rachel, a 53-year-old company director, agreed: “PMS was slightly more noticeable when I was younger — now perimenopause gives lots of symptoms all the time, but I’m on HRT [hormone replacement therapy] so maybe that helps? When I was younger I definitely used to get spots […] but I think that stopped when I had my babies.”

Although the large sample size and international cohort in the study are its main strength, the authors acknowledge that their figures may overestimate the incidence of symptoms as the data were self-reported. At the same time, users of the app are also more likely to be aware of and report premenstrual symptoms.

If PMS is interfering with your day-to-day life, Dr. Ross recommends seeing a health professional: “Don’t ever be afraid to see your healthcare provider for support and validation. It’s important to discuss any ongoing and disruptive symptoms related to your period with her/ him. Diagnosis and treatment options are available to make PMS manageable.”

However, many people can manage their symptoms without medical intervention. One effective method, according to Menstrual Matters, a nonprofit online information hub, is to track your moods for two or three cycles and identify any pattern in your mood changes.

Lottie, 22, believed that getting in tune with her body has really helped: “Tracking my cycle on an app has made me realise that my symptoms, such as fatigue, bloating and spots are completely normal. So now, I let it happen rather than [fight] against it.”

“If I allow myself to rest when I need to in the day or two before my period, I feel much better and also find that my period is much easier,” she added.

Knowing one’s body can be helpful for many people. A 2013 study found “that the reframing of ‘symptoms’ as normal change, behavioral coping strategies, and self-monitoring, can effectively reduce premenstrual distress.”

“Eat foods that are natural diuretics to reduce the bloating, water retention, and swelling, such as celery, cucumbers, watermelon, tomatoes, asparagus, lemon juice, garlic, melon, and lettuce,” she advised.

A Saudi Arabian study suggested that to alleviate PMS symptoms, people who menstruate may want to “eliminate sweet-tasting food and caffeine-containing beverages, particularly coffee, from their diet.”

Lottie has found this works for her: “Avoiding coffee in the few days before and at the start of my period really helps alleviate symptoms.”

Exercise can also be helpful for many people. One study found that just 8 weeks of exercising three times a week for 60 minutes significantly decreased PMS symptoms in young women. And Dr. Ross agreed: “Regular exercise 4-6 times a week for a minimum of 30 minutes is helpful to reduce bloating and helps with water retention.”

“If I’m already a bit down in the run-up to my period, I find I will feel much more negative and self-critical. If I’m in a happy place mentally and physically, doing more exercise, the PMS and the period aren’t nearly as bad.”

Rachel also commented that increased stress affects her: “I’m lucky, I don’t usually have any major symptoms, just a slight change of mood and feeling more irritable. Often I don’t realise I’m premenstrual until I get my period — then I realise it’s why I’ve been snappy. However, it’s worse when I’m stressed as I probably have more to be irritable about!”

“It is well known that stress and stressors directly affect our health, whether we want to admit it or not. Stress not only affects our body physically but also affects our emotions and behaviors. Stress exacerbates depression, anxiety, weight loss or weight gain and foggy brain. PMS, along with common stress symptoms, can make the 1 to 2 weeks prior to your period debilitating.”

And these observations are backed up by research. Those with anxiety are more likely to experience symptoms of PMS. Another study found that mental health symptoms, such as depression and anxiety symptoms, were significantly higher among those who also reported PMS.

Listen to your body

According to some research, being aware of PMS symptoms makes you more likely to report them and connect physical and psychological symptoms to your monthly cycle.

However, as Dr. Sally King notes for Menstrual Matters: “This does not mean that the menstrual cycle does not affect mood in any way. It just means that the vast majority of menstruating people do not experience moderate to severe cyclical mood changes, and in the vast majority of people who menstruate, mood changes are not restricted to the premenstrual phase only.”

So perhaps a little more understanding and awareness of bodily changes is the answer. As Lottie commented: “Now that I feel more aware of my cycles, I embrace the lows knowing there will be upcoming highs, such as around the time I ovulate when I feel full of energy.”

“I believe we should stop viewing menstruation negatively and learn to celebrate our cycles and our bodies,” she added.

* Disclaimer: We have changed some contributors’ names to protect their identities.