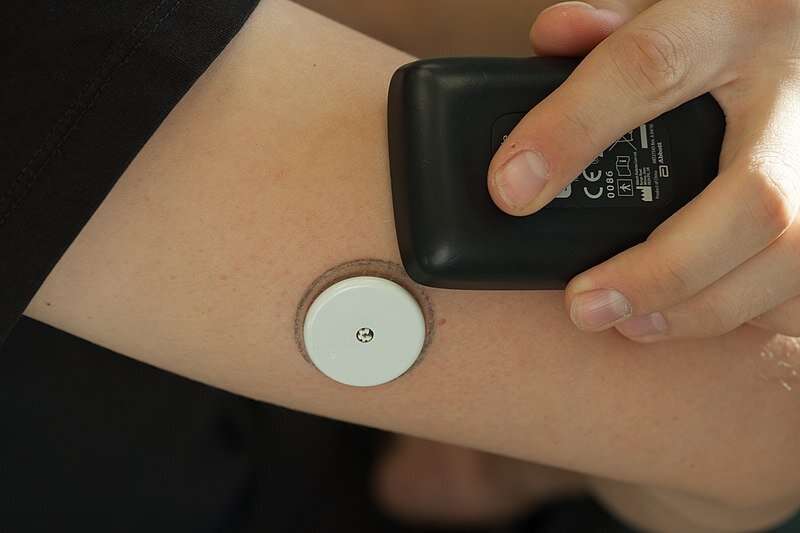 The study shows that the technology not only helps improve blood glucose levels in people with type 1 diabetes, but also has a positive effect on their quality of life. The findings help make the case for more people having access to this life changing technology, particularly because the device has been found to be cost-effective for the NHS, by enabling safer blood glucose levels and, in turn, reducing the risk of devastating diabetes complications.

Funded by Diabetes UK, Dr. Lalantha Leelarathna and his team at The University of Manchester led a clinical trial to learn if second-generation Flash technology is better and more cost-effective than traditional finger-prick testing at helping people with type 1 diabetes manage their condition.

The trial involved 156 people with type 1 diabetes who had above-target blood glucose levels. For 24 weeks, half of the participants monitored their blood glucose with Flash and the other half continued using finger prick testing.

At the start of the study both groups had similar 3-month average blood glucose levels (assessed by an HbA1c blood test).

After 24 weeks, those participants who used Flash had reduced their HbA1c from an average of 71.6 mmol/mol to 62.7 mmol/mol—a reduction of 8.49 mmol/mol. Lowering HbA1c by this amount can decrease the risk of developing diabetes complications in the future by up to 40%. In comparison, those in the finger prick group had reduced their HbA1c on average by only 2.2 mmol/mol by the end of the study.

The researchers further discovered that Flash had a positive impact on quality of life. Participants in the Flash group reported they were happier with their diabetes treatment and that using the technology reduced the day-to-day burden and emotional strain of living with the often-relentless condition.

Crucially, the researchers also assessed the long-term cost-effectiveness of the two approaches, by estimating the cost of using the two different blood glucose monitoring systems and their benefits to a person’s physical health and quality of life.

While Flash was found to be slightly more expensive than finger-pricking over a lifetime, it was shown to be highly cost-effective. This is because Flash was predicted to help people with type 1 diabetes stay healthier for longer, meaning the extra costs to the NHS would be justified.

Type 1 diabetes is a serious and life-long condition. Close monitoring of blood glucose levels is an essential—but often disruptive—part of daily life for people living with it in order to avoid complications.

Flash involves a small sensor that sits just underneath the skin and continuously measures glucose in the fluid that surrounds the body’s cells. To get a reading, you can painlessly swipe a reader or smartphone over the sensor to see what blood glucose levels are doing minute by minute. The device will also alert people when their levels are going too low or too high.

Flash glucose monitoring technology was first made available through the NHS in 2017. Currently, about half of people living with type 1 diabetes are prescribed Flash on the NHS. At the end of 2021, the National Institute of Health and Care Excellence consulted on new guidelines which proposed recommending Flash for all people with type 1 diabetes.

“We want as many people as possible to have access to innovative diabetes technologies. This study confirms the radical improvements Flash can bring to the lives of people living with type 1 diabetes, helping them to reduce their blood glucose levels—protecting against short and long-term diabetes complications—and removing some of the relentless burden of managing the condition.

“By demonstrating the benefits to people living with type 1 diabetes and the value for money to the NHS—which currently spends 10% of its budget on diabetes care—we hope these results encourage healthcare professionals and people with type 1 diabetes to consider flash glucose monitoring as a cost-effective and life-improving intervention.”