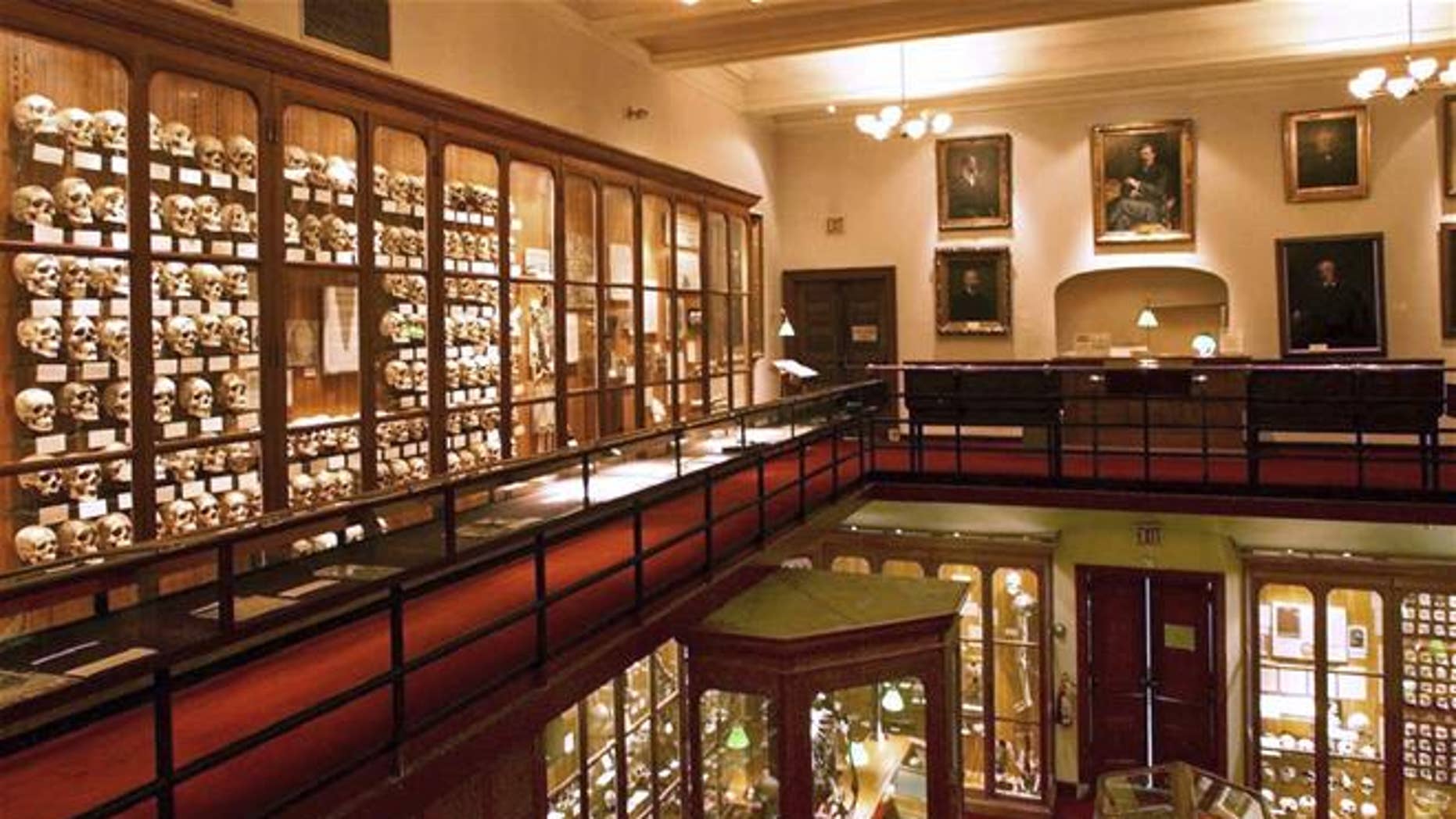 Carol Orzel wanted her skeleton to be displayed at Philadelphia’s Mutter Museum (pictured) alongside Harry Eastlack, who suffered the same rare bone disease that Orzel did.
(AP Photo/Rusty Kennedy, File)

Carol Orzel knew she wanted her skeleton to be displayed in a museum back in 1995.

She had seen the skeleton of Harry Eastlack on loan from Philadelphia’s Mütter Museum, where Eastlack had been displayed since 1979.

Eastlack and Orzel, from Pennsylvania, both suffered from the same rare bone disease called fibrodysplasia ossificans progressiva, or FOP — "one of the rarest diseases in the world," the museum explained in an Instagram post. The disorder causes muscle tissue and connective tissue to be turned into bone outside of the skeleton.

The museum lent Eastlack’s bones to a gathering for families of people with FOP, which Orzel attended. It was then that she told her doctor, Frederick Kaplan, of the University of Pennsylvania, that she wanted to “hang next to Harry,” WHYY.org reported.

Orzel’s dying wish came true when the Mütter debuted the exhibit of her reported 4-foot-7-inch skeleton — along with her costume jewelry collection — on Thursday. She died last February at the age of 58 from heart and lung problems, which usually affect people who suffer from FOP.

"We are honored that we could make this happen with the hard work and collaborative efforts of so many," the Mütter Museum said in an online statement.

Orzel, who lived about 10 years longer than most people with FOP, was passionate about art and fashion, Philly.com reported. She was rightfully dubbed the "Queen of Bling" by the museum.

The Philadelphia-born woman was an artist and proponent of medical education.

"[…] She once took to Belmont Ave to protest a state health regulation! Needless to say, she was a force to be reckoned with," the museum described.

Roughly 900 people in the world have been diagnosed with FOB, according to the outlet. The disease progresses through the body over a lifetime, causing increased loss of mobility over time, according to the U.S. National Library of Medicine.

Kaplan, who was Orzel’s doctor for more than 30 years, reportedly discovered the FOP-causing gene alongside his colleague Eileen Shore more than a decade ago.

“Although FOP is an exceptionally ultra-rare disease, the lessons of FOP are relevant to every condition that affects the formation of the skeleton,” Kaplan said.

FOP caused Orzel’s body to be fully fused together, so turning her into a skeleton was a lot more difficult than it would usually be. What made matters more complicated was that Orzel also suffered bone loss, like many women in their 50s.

“I can’t articulate how delicate her bone is,” Anna Dhody, a Mütter Museum curator told WHYY.org. “It was almost like taking cotton candy and hairspray.”

With the help of an Oklahoma-based osteological specimen supplier, Orzel's body was carefully transformed into a skeleton, so when the museum opened their exhibit on Thursday, her bones were right beside Eastlack — just like she had wished back in 1995.