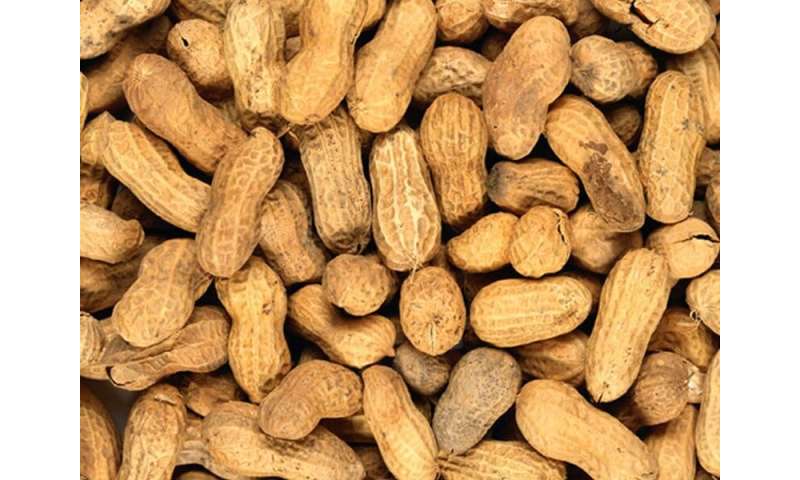 Delivering “exposure therapy” via a patch to help curb peanut allergy in kids is somewhat effective, but not as good as delivering the tiny amounts of peanut by mouth, new research shows.

The international trial involved 356 children, aged 4 to 11, from five countries. All had been diagnosed with peanut allergy and were asked to wear either a skin patch with a very tiny amount of peanut allergen (250 micrograms) or a placebo patch without any allergen.

They were later tested with a “peanut challenge,” where a child is gradually fed an increasing (but still tiny) dose of peanut, from 1 milligram up to 300 milligrams.

The result: About a third of the kids who’d been wearing the patch (35.3 percent) seemed to have benefited, with a lessening of response to the peanut challenge. That was true for just 13.6 percent of children who’d worn the placebo patch, according to a team led by Dr. David Fleischer of Children’s Hospital Colorado in Aurora.

Still, that means the peanut allergy patch did not help two-thirds of the children who used it.

And for ethical reasons, kids with severe peanut allergies who’d experienced a life-threatening reaction—and could benefit most from treatment—weren’t included in the new trial.

One allergist who wasn’t involved in the study believes more tweaking to the therapy may be needed.

“This study confirms that the peanut patch is effective in treatment of peanut allergy, but the response rate is not as robust as previously expected,” said Dr. Punita Ponda. She’s assistant chief of the department of allergy and immunology at Northwell Health in Great Neck, N.Y.

Ponda said it’s generally known that delivery of “exposure therapy” via mouth outperforms methods such as a patch, but risks of sudden anaphylactic reactions may rise with oral administration. So, she remains hopeful that patch therapy may still become an option.

“It is expected that this treatment will have a place in the future treatment of food allergy,” Ponda said, “but the details of dosing and expected response rates will have to be clarified.”

The study was funded by biopharmaceutical company DBV Technologies and was published Feb. 22 in JAMA Network Open.

In an editorial accompanying the study, journal deputy editor Dr. Jody Zylke said that “the theoretical advantages of this [patch] approach include ease of use and a lower risk of allergic reactions.”

In fact, she noted that tolerance of the patch was very high—98.5 percent of patients used the treatment as directed.