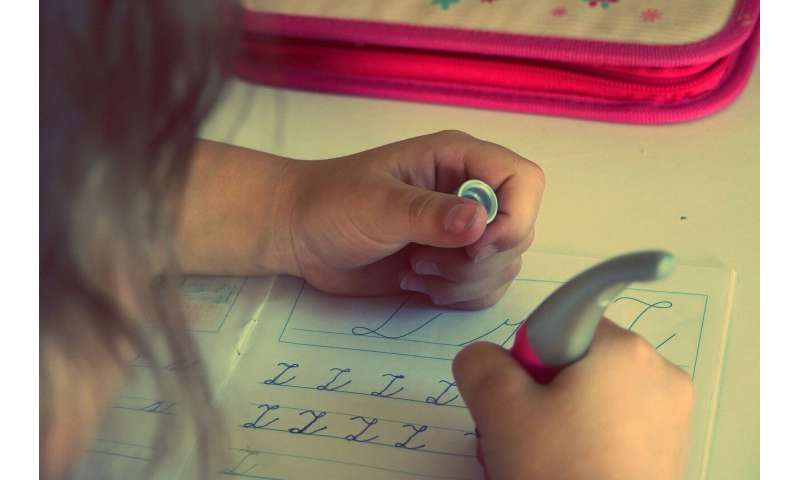 A pair of researchers at the University of Sussex has found that the kind of relationship a child has with his or her parents can have a major impact on how well they do in learning math at school. In their paper published in the journal Royal Society Open Science, Danielle Evans and Andy Field describe their study of data from an ongoing research effort aimed at learning about how children grow up in the U.K. and what they learned from it.

The United Kingdom is in the midst of what the authors describe as a “maths crisis.” Half of all adults in the U.K., they claim, have math skills no better than what would be expected of a child in kindergarten. Such deficiencies are seen as a threat to employment opportunities and give rise to higher rates of people living at the lower end of the economic spectrum. To better understand the origins of the crisis, the researchers looked to the Avon Longitudinal Study of Parents and Children (ALSPAC), a long-term study of children born in the U.K. between April 1, 1991, and December 21, 1992. Both the children and their parents have provided data for the study from the birth of their child to the present day. In this new effort, the researchers looked at the home environment of the children and compared it to scores on math tests taken by the children as they grew older.

The researchers found two factors that clearly stood out: the working relationship between the child and the parents, and the parents’ degree of education. The team at ALSPAC tested the parent/child working relationship by having the child and parent work together on a computerized version of an Etch-a-Sketch. They were tasked with drawing a house together. As they did so, the child and parent were graded on how well they worked together and the emotional state of the pair as they did so. When a parent and child were able to work harmoniously together, the researchers found, the child was more likely to do better in their school math classes. The researchers also noted that children with one or more parents who graduated from college also tended to do better in their math classes.