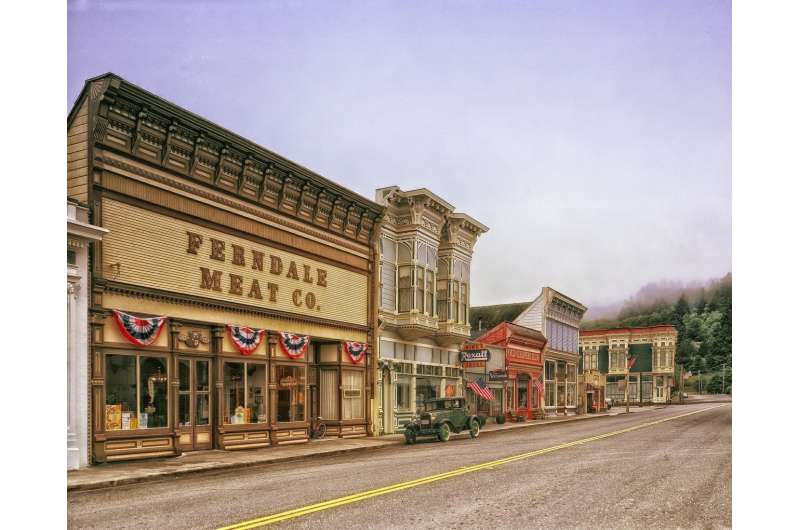 Neighbors singing from balconies above empty Spanish streets, apartment windows filled with people clapping for carers in the UK, a man running a marathon in his living room in China—people living in small homes became some of the iconic images of the COVID-19 pandemic.

They have also brought renewed focus on the link between town planning, health and the importance of the humble public park.

In Australia, ten percent of the population live in an apartment according to the last census, a figure that has risen steadily over the past 25 years.

But University of South Australia architectural historian Dr. Julie Collins says that, if history is anything to go by, the COVID-19 pandemic could have a lasting impact on how—and where—we live.

In a recently published paper, Dr. Collins and co-author, social epidemiologist Dr. Peter Lekkas from the University of Edinburgh, explore the influence on the built environment of one of the most infectious and deadly diseases of the 19th and early 20th centuries—tuberculosis.

Focusing on South Australia as a case study, Dr. Collins says the disease has shaped the State we know today.

“Like COVID-19, prior to vaccine development, tuberculosis had no cure, so prevention and treatment relied on behavioral and environmental interventions,” she says.

“Light, air and space were central to treatment regimens, forming the basis for the environmental planning ideas put forward by reformers who hoped to create a healthier environment in the fight against tuberculosis.

“A key finding from our study was just how closely town planning and public health professionals worked when faced with an epidemic like tuberculosis as barriers between the professions dissolved.

“This resulted in health lying at the heart of many strategies to improve the built environment in South Australia—the layout of towns and spaces we see today were suggested by doctors, architects and town planners in the early twentieth century.

“Take our city streets—the design, width and composition of many were directly connected with the crusade to prevent tuberculosis. The laying of woodblocks and later the asphalting of roads increased when it was promoted that dust was linked with disease spread.”

Other reminders of the so-called ‘white plague’ in South Australia include two sanatoria in the suburb of Belair—Kalyra (1895) and Nunyara (1902), purpose built as open-air treatment locations for pulmonary tuberculosis.

Today lockdowns and quarantine are common strategies used by governments around the world to contain COVID-19, bringing to light issues around social distancing, overcrowding and access to nature, particularly in urban centers where apartment living is common.

Dr. Collins says COVID-19 has put renewed attention on the need for town planners to work with health professionals to create built environments that promote health and wellbeing.

“The experiences of 2020 have highlighted the importance of the designed environment for public health, prompting calls from professional bodies—both medical and design—for better city planning and architecture to counter current infectious disease threats and those of the future,” she says.