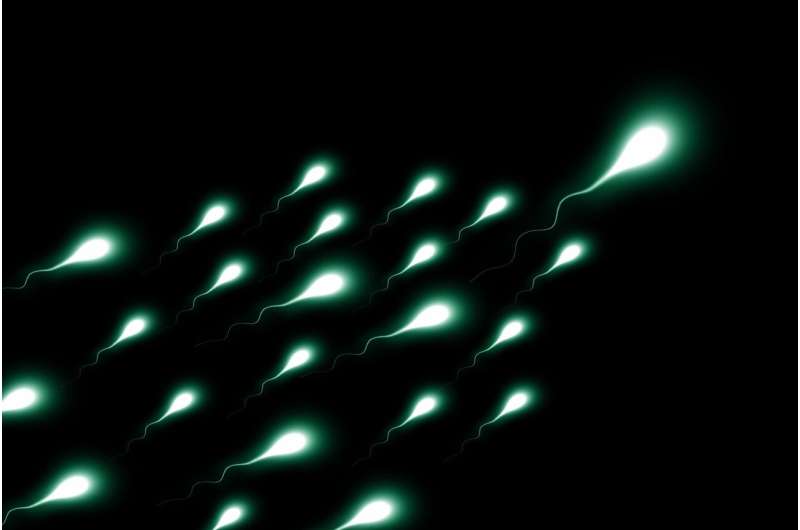 Single-cell analysis of autopsied human testes suggests that abnormalities associated with aging sperm cells might be exacerbated by elevated body mass index (BMI). The research appears May 2nd in the journal Developmental Cell.

Even though it is well established that older men display reduced reproductive health, testis aging remains poorly understood at the molecular and genomic level. Moreover, it has not been clear whether lifestyle or environmental factors affect this decline.

“Aging may confer a combination of modest molecular changes that sensitize the testis for additional dysregulation, with pronounced dysregulation caused when aging is combined with additional factors such as obesity,” says co-senior author Bradley Cairns of the University of Utah School of Medicine.

To address this gap, Cairns and co-senior study author Jingtao Guo, also of the University of Utah School of Medicine, used single-cell RNA sequencing to profile more than 44,000 cells obtained from autopsy testis samples from four young men and eight older men. The older donors were screened for having offspring as young adults to ensure early-adult fertility.

The young samples clustered together and did not display molecular signatures of aging or a disrupted ability to produce sperm cells. Surprisingly, the older samples showed only modest age-related changes in stem cells that give rise to mature sperm, but were clearly classified into two distinct groups. The first group displayed an intact ability to produce sperm cells, with only weak molecular signatures that distinguished them from young samples. By contrast, the second group showed a very limited ability to develop sperm cells.

Notably, BMI emerged as a critical factor among older individuals. All donors from the first group had levels lower than 27, whereas all donors from the second group had levels higher than 30. Taken together, the results reveal possible molecular mechanisms underlying the complex testicular changes associated with aging, and their possible exacerbation by concurrent chronic conditions such as obesity.

Moving forward, larger patient cohorts are needed to fully validate the results. Another avenue for future research is to explore whether the testicular cells of older, heavy-set males show unique aging signatures, or whether they simply display accelerated aging. It is also not clear whether diet, exercise, diabetes, or altered hormone production play a role in testis aging. In addition, determining at what age the dysregulation of supporting testis cells emerges, and whether and how it may be reversible, may lead to improved medical guidance for older men.