The health service is ‘dysfunctional’ with doctors ‘running around like headless chickens’ trying to reach targets, chairman of NHS England says

Hospital waiting times have created a toxic culture in the NHS where targets are put before patients, a health chief has warned.

In the clearest sign the four-hour target for A&E will be scrapped, Lord Prior of Brampton said the performance measures were ‘deeply damaging’ and have ‘had their day’.

The chairman of NHS England said doctors were being forced to ‘run around like headless chickens’ to either treat or discharge patients within the time limit.

He said desperation to meet targets had led to ‘game-playing’ and ‘bad behaviour’ by hospitals which was ultimately risking patient safety. 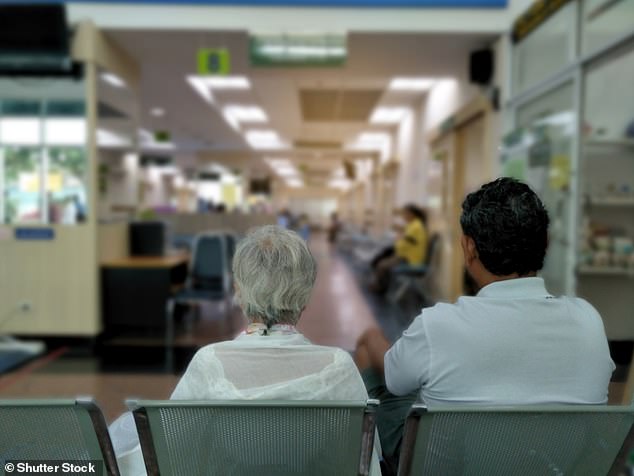 During January, only 84.4 per cent of patients were treated or admitted within four hours, against a 95 per cent target, meaning 330,000 patients waited for longer than they should

In an extraordinarily candid assessment of the NHS, the former health minister said it has become a ‘dysfunctional’ organisation with a culture of ‘learned helplessness’.

Focus on targets has resulted in a ‘deeply fragmented’ system where NHS trusts each work as satellites, prioritising individual performance ahead of patient care, he said.

Lord Prior said the ten-year-plan was an opportunity to rebuild and ‘create a culture of working together.’

‘You could not design something which had inherently at its heart more dysfunctionality,’ he told a leading health think-tank yesterday. ‘I think it’s pretty remarkable, in fact it’s very remarkable, that the NHS has been able to create this 10 year plan when, at its heart, it has been so deeply, deeply fragmented.

‘We’ve had 15 years of this top-down, target driven culture that’s riven the NHS.

‘Go to any A&E department, everyone measures the time. You get to 3 hours 55 minutes, all hell hits. Everyone runs around like headless chickens to get them through or discharged before the four hours.

‘They encourage this kind of top-down, hierarchical control in the NHS, which has been very damaging for the culture and very bad for getting clinicians involved and engaged in improving.’ 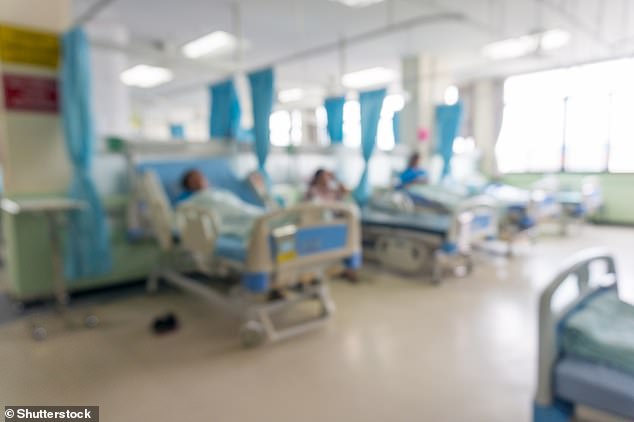 More than 80,000 patients had ‘trolley waits’ meaning they were kept waiting an extra four hours or more to be transferred to a ward after their wait in A&E

His comments come as A&E waiting times in England reached their worst level since the four-hour target was introduced in 2004.

During January, just 84.4 per cent of patients were treated or admitted in four hours, against a 95 per cent target, meaning 330,000 patients waited for longer than they should.

More than 80,000 patients had ‘trolley waits’ meaning they were kept waiting an extra four hours or more to be transferred to a ward after their wait in A&E. The last time the target was hit was in July 2015.

Dr Nick Scriven, of the Society for Acute Medicine, said it was further evidence hospitals were experiencing significant overcrowding and many intensive care units completely full.

He said this had had a knock-on effect on ambulances, which were being delayed dropping off patients at A&E.

He said: ‘Although there is less minor illness associated with flu this year, there are more severely ill people than last year, which is putting an even bigger strain on the critical care facilities in our hospitals. 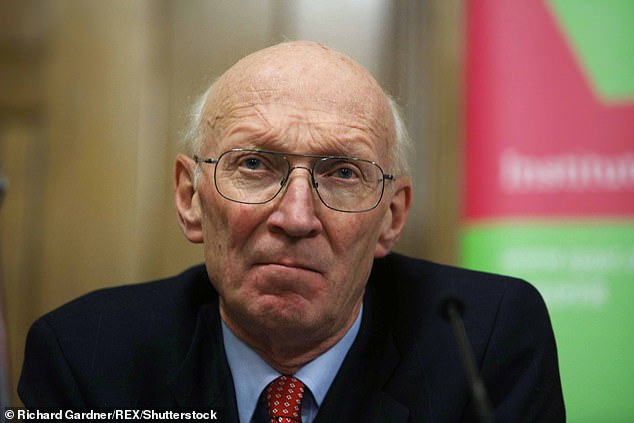 Chairman of the NHS Lord Prior of Brampton told a leading health think-tank yesterday that the service is ‘deeply, deeply fragmented’

Higher numbers of people visit doctors and hospitals in the winter, making staff busier, but too few staff and funding gaps make it even more difficult for hospitals to run smoothly.

There were more than 100,000 empty job posts in September 2018 and analysts feared the situation would only get worse.

NHS trusts across England were also £814 million in deficit at the end of June, a shocking quarterly report also revealed.

Chris Hopson, chief executive of NHS Providers, said trusts – which run local services and spend money – ‘are doing all they can’.

Commenting on the figures, he added: ‘However hard they run, they don’t seem able to outpace the increase in demand.

‘Trusts tell us they are most worried about the workforce shortages they face, and it’s a real concern that these figures have shown such a big increase in vacancy levels.

‘It’s worrying this problem is getting worse rather than better.’

‘Any NHS worker will tell you that the stresses and strains are very real and ongoing with no let-up in sight.’ Dr Taj Hassan, president of the Royal College of Emergency Medicine, said the situation has become ‘normalised’.

‘Sadly the situation afflicting our emergency departments has become seemingly normalised with a ‘chronic crisis mode’ that does not allow staff to deliver the quality of care they would wish and patients should rightly expect.

‘The evidence on resultant crowding in departments is clear – it adds to the risk of harm to patients leading to excess deaths and disability.

‘These figures make clear the true scale of this crisis facing our systems.’

NHS England admitted that while there were significant pressures, more patients were going to A&E this year – with numbers rising year-on-year.

The trend has led health bosses to repeatedly appeal to the public to only visit A&E departments in genuine emergencies.

Last month, Simon Stevens hinted that the A&E target may be replaced with a two-tier system at the launch of the ten-year plan.

The head of NHS England suggested less serious cases could face longer waits, claiming the current policy failed to distinguish between the most and least serious cases.

In its place would be separate standards for emergencies, such as heart attacks and sepsis, and less urgent cases such as broken bones.

Lord Prior said pressures to meet waiting times had eroded the once ‘noble’ culture that attracted people to the profession. ‘It has led to a disempowered culture, a learned helplessness culture, a top-down looking upwards culture, a very hierarchical culture still,’ he said.

‘I see the central theme of the 10-year-plan is putting all this back together again and recreating a different culture within the NHS where people actually work together rather than work against each other.’