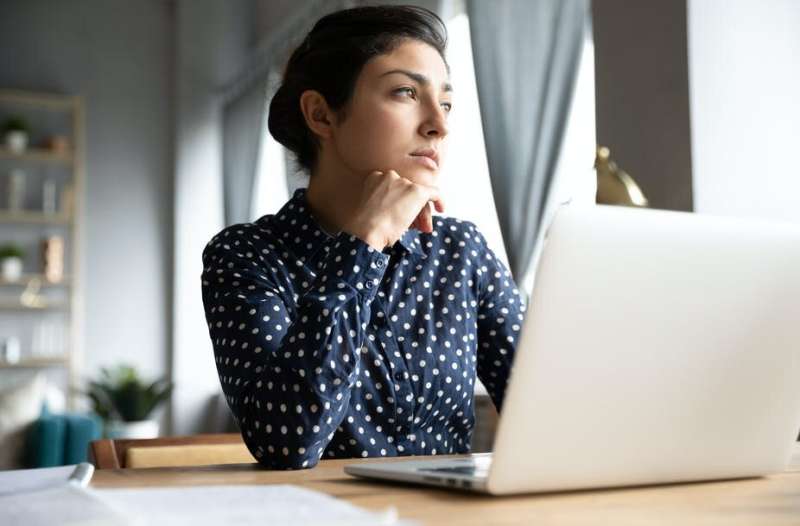 The morning after a difficult night’s sleep, it can feel impossible to wake up. You might press the snooze button just one more time in an attempt to gain a bit more of that restorative slumber.

Later that day, you might notice it’s harder to stay focused. Distractions that would normally go unnoticed—such as the phone ringing in the office next door—can more easily disrupt your concentration when you’ve slept poorly.

Research has shown poor sleep is linked to increased risk of heart disease, stroke and diabetes as well as worsening mental health and a weaker immune system. But much less research has focused on assessing the daytime effects of poor sleep on cognitive processes, such as the ability to stay focused on a given task.

In our new study we investigated the effects of poor sleep on participants’ ability to focus. We did so in a group of people diagnosed with insomnia.

In a collaboration with researchers at the University of Sydney in Australia, we assessed 23 people with chronic insomnia and 23 people without sleep difficulty (the controls). They stayed in a sleep laboratory overnight, and in the evening we gave them an attention test.

We asked participants to focus on a circle of letters at the centre of a computer screen, as seen in the picture below. They had to respond as quickly and as accurately as they could to a target letter (X or N) while ignoring any distracting letters that appeared outside the circle. We gave them three types of task—easy, medium and hard—to mirror the different levels of focus needed for different daytime tasks.

Those with insomnia found it harder to focus on the task and ignore distractions compared with those in the control group who slept well. This finding adds to previous results that found impairments to daytime functioning in those with poor and limited sleep.

We wanted to assess whether the lack of focus in those with insomnia might be due to a reduction in the effectiveness of the core attention mechanism—the brain process that allows us to focus on a task and ignore distractions. To test this, we used a well-established attention task in which we manipulated how challenging the task is.

Research has shown that when we’re focused on an easy task, our brain will automatically process distractions—we can’t prevent that. However, when focusing on a hard task all of our brain power is used by the task at hand and the distractions are eliminated from our awareness—such as when you miss your phone notification when gripped on a TV show. This is what happens when our attention mechanism is intact and working as it should.

Reassuringly, we found the attention mechanism appeared to be working as it should in those with insomnia. However, those with the condition showed a higher baseline level of distractibility—the distracting letters were more intrusive to the insomnia group when they could be perceived.

It could therefore be a compromised cognitive control mechanism—the brain process that controls what we should focus our attention on—that might be driving the effect. That is, poor sleep could be reducing our brain’s ability to correctly decide which stimuli in the environment we should be attending to, resulting in more attention being given to distractions than would otherwise be the case.

It’s important to note that such impairments to frontal cognitive processes, however temporary, can make monotonous tasks such as driving a well-known route more difficult and dangerous, as a moment of inattention, say, to a new billboard, could prevent a driver from noticing a pedestrian stepping into the road. All the more reason for any driver to be well-rested before a journey.

Our study also found those with the most severe symptoms of insomnia were the least able to focus their attention on the task and ignore the distracting letters. With further research, our task could potentially be used to assess the extent to which poor sleep impairs people’s ability to stay focused.