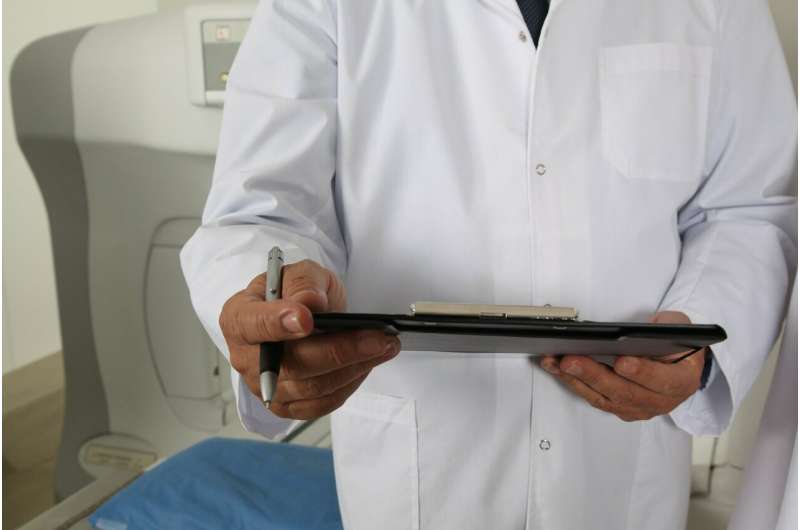 But two new studies identify two groups of first-year residents, also called interns, who may be especially at risk of developing mental health concerns: those who are training to be surgeons, and those who are members of sexual minorities.

The studies, both published this week by teams from the University of Michigan, add to the growing body of knowledge not just about mental health concerns in medical training, but also about the impacts of intense stress on mental health in general.

The data in both papers comes from the Intern Health Study, based at the Michigan Neuroscience Institute and led by the director of the Frances and Kenneth Eisenberg and Family Depression Center.

Every spring, the study recruits physicians who are about to start their first year of residency to volunteer to track their mood, activity, sleep and other measures over the next 12 months through a wearable device and smartphone app. Their medical and life history, and DNA samples, are also collected and analyzed.

A new paper published in JAMA Surgery by a team led by U-M Department of Surgery assistant professor Tasha Hughes, M.D., M.P.H., shows for the first time how surgical residents’ mental health changes over time during their first year of training, and how it compares with non-surgical residents’ experience. The study looked at data from 12,400 interns, including 2,793 surgeons-in-training, between 2016 and 2020.

Training in most surgical disciplines begins with at least one general surgery intern year even if a physician ultimately will pursue specialized training in a particular type of surgery. Hughes and colleagues find that surgical interns actually came into their training with a lower rate of existing depression symptoms than peers of similar ages in the general population.

But by the end of the intern year, 32% of those who had started with no signs of depression had scored high enough on at least one mood survey to be considered depressed. Female surgeons, those with a sexual orientation other than heterosexual, those without partners, those who worked the most hours on average, and those who had a history of adverse childhood experiences were more likely to develop signs of depression.

Even after adjusting for these factors, surgical interns were more likely to develop new-onset depression than new physicians in other disciplines, except when work hours were taken into account.

And only 26% of those who screened positive for depression actually reported seeking mental health care during their intern year, and even among those who had an especially high score on their first screening, only 39% sought help.

“Surgical training, especially in the United States, can be a period of intense stress, which we find is linked to new onset of depression,” says Hughes. “These findings suggest a need for surgical program directors, leaders and health systems to continue to find ways to mitigate the effects of surgical training, normalize help-seeking, make mental health support easily available, and pay special attention to those with characteristics that might put them at increased risk.”

The second study, published in JAMA Health Forum, used data from more than 7,000 interns who started training in medical or surgical specialties in 2016 through 2018 and disclosed their sexual orientation as part of their intake questionnaire. Just over 7% said they were a member of a sexual minority group, including lesbian, gay, bisexual or another non-heterosexual group.

In all, depression scores were higher at the start of the intern year for members of sexual minorities compared with their heterosexual peers, and the gap grew as the year went on, with the biggest differences seen in the second half of the year.

The study’s lead author is Tejal Patel, who will graduate from the U-M this week with her bachelor’s degree and a double major in cognitive science and biology, health and society. Intern Health Study director Elena Frank, Ph.D., notes that the project was part of Patel’s honors thesis and that being first author of a research letter in a top journal as an undergraduate is a rare feat.

“These results indicate that interns who are part of sexual minority groups may experience unique workplace stressors leading to a widening disparity in mental health,” says Patel. “This is important to note because as physicians become more depressed, this can lead to greater risk of medical errors and attrition from medicine. As a result, it may be hard for sexual minority patients to find a physician with whom they can relate, and who will be the right fit for them.”

Frank adds that the experience of LGBTQ+ medical trainees has largely not been studied, and that as many as one in five members of Generation Z identify as a member of a sexual minority.