ME & MY OPERATION: New plastic shoulder means I can pull on my jumpers again 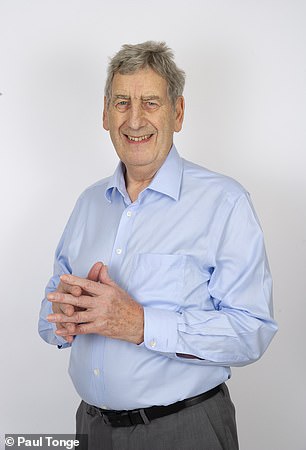 Graham Goff, 72, from Warsop, Nottinghamshire, tells about his experience

Before retiring at 70, I ran my own butcher’s. I was really looking forward to spending time with my wife Lynn, pottering about, cycling and taking trips in our caravan.

But not long after giving up work, a dull pain started in my left shoulder. It was strange — I’m right-handed, and for years I’d chopped joints of meat with heavy cleavers using that arm, yet that shoulder felt fine.

Over the months the discomfort became worse and I suspected it was arthritis. Putting on a sweater or washing my hair became a real struggle because of the pain and stiffness. Chores such as decorating and gardening were soon impossible. It was frustrating. Over-the-counter painkillers helped a bit, but I was always aware of this nagging ache.

In September 2017, an X-ray revealed my joint was in a right mess due to arthritis — the cartilage had totally worn away and I was told I needed a shoulder replacement.

In the meantime, I was given a steroid injection but it didn’t help the pain. By the middle of last year, Lynn had to help me thread my belt or put on my socks and shoes. I gave up driving as I didn’t feel safe on the road. I’d often be awake in the early hours, almost crying with pain. It felt like someone was sticking a knife into my back.

At the end of last summer, I couldn’t even bear the weight of my own left arm and would hold it in my pocket to support it. As I’d effectively stopped using it, the muscles began to waste away.

My GP discovered that the letter putting me on the NHS waiting list had been lost in the system. Luckily it was quickly sorted and in October I saw consultant orthopaedic surgeon Malin Wijeratna.

He said I needed a total shoulder replacement, removing the ball and socket part of the joint and replacing it with a metal one.

Mr Wijeratna said he would like to use the latest computer navigation techniques to place the new socket more accurately — by mapping the joint so he knew exactly where to drill. He said the more precise the placement of the socket the less the chance of the new joint loosening and therefore the longer it is likely to last.

When I saw Mr Wijeratna two weeks later, he showed me a computer image that the software had created of my shoulder — an exact 3D model. I felt very safe in his hands.

I had the two-hour surgery in the second week of December. When I woke up, my shoulder was in a thick dressing and my arm was in a large sling.

I didn’t feel any pain. I stayed in hospital for three nights and before going home was taught exercises to build up the muscles around my shoulder. I did them diligently and gradually felt my strength returning. Even swinging my arms while walking seemed to help. 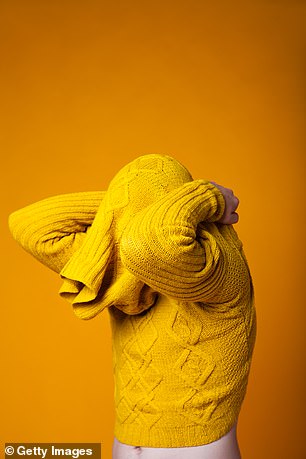 The dressing came off after a fortnight and revealed a neat 6in scar. I was back driving after five weeks and now I have almost total movement back. I saw Mr Wijeratna in February and will see him again in December, when I will hopefully be signed off.

Reaching up high and shopping aren’t a problem any more. I’m enjoying life again and before too long I hope to be riding my mountain bike.

The shoulder joint consists of a ‘ball’ (the humeral head) that fits into the socket (the glenoid). Although some replacements are needed due to injury, the majority are needed because the joint has become arthritic, meaning the cartilage has been lost from the bone surface, which often happens as a result of genetics.

Early indicators are pain and a lack of function in the shoulder. For example, women might struggle to take off their bras. Initially patients will be treated with ibuprofen or paracetamol, but as painkillers become less effective, surgery will be considered.

In 90 per cent of patients, the new joint is expected to last at least ten years. But in ten per cent of cases, the replacement fails sooner. This means they will need revision surgery which, as well as causing discomfort, can be tricky.

We used to replace only the ball part of the socket but now a total shoulder replacement is more usual, replacing both the ball and socket with prosthetic ones.

After removing the ball to make access to the glenoid easier during surgery, we prepare the existing glenoid and fix a plastic cup implant into it using pegs and cement. We then replace the ball with a metal prosthetic one attached to a stem which is pressed into the bone.

Although the ball usually remains firmly in place, the socket can become unstable, causing pain again.

Guided only by the eye of the surgeon alone, the replacement socket could be positioned a few millimetres out of place or set at the wrong angle by just a few degrees, changing the biomechanics of the new joint.

These inaccuracies mean the socket may eventually work loose. But since November I’ve been putting in the socket using computer navigation.

Sophisticated software maps out the patient’s shoulder, so I know exactly where to drill peg holes into the bone to firmly fix the socket in place.

Although it takes longer to prepare and about 15 minutes more during surgery, it’s worth it. I take a CT scan of the shoulder before the operation, which is uploaded to my computer and software calculates where the joint is worn and helps create a ‘road map’ of the shoulder.

What are the risks?

As with any shoulder replacement, there’s a small chance of excessive bleeding, a blood clot and infection, in which case the entire implant may need to be removed.

n There is also a risk of fracture or that the shoulder could dislocate; and a small possibility of nerve damage.

n ‘It will be years before we know this method works,’ says Duncan Learmonth, a consultant orthopaedic surgeon at Spire Parkway Hospital, Solihull.

‘Yet it would stand to reason that, particularly for the socket of the shoulder joint, where you can’t see all of it even when it’s exposed during surgery, computerised navigation should help.’

This helps me decide which kind of implant to use. If the patient’s shoulder is worn unevenly, I use a wedge-style one. If the socket has worn down evenly, a standard implant can be used.

On the day of surgery, I upload the images to an Exactech GPS (guided personalised surgery) station, which looks like a tablet computer and is angled into view as I operate. After the general anaesthetic has taken effect, I make a 6in diagonal incision on the front of the patient’s shoulder and get to work removing the scar tissue around the arthritic joint.

Once I reach the socket, I screw a tracking device into the bone of the shoulder joint or the arm, or both. This tracker is a fixed point and communicates with the Exactech GPS station.

I then use a probe to touch various points of the shoulder which are relayed back to the computer screen to build up a detailed 3D picture. I then carry out the procedure as normal, guided by the ‘map’ to the exact place and angle to drill the peg holes in the bone.

Once I’ve got the replacement joint in place, we do some tests to ensure the shoulder moves correctly and sew up the incision.

The patient stays in hospital three or four days, the same time as traditional surgery.

The dressing is removed after a fortnight and the stitches dissolve. Recovery takes four to six weeks.

I’ve now carried out about 20 of these ‘sat-nav’ operations at Nottingham. There are around a dozen UK centres that do it.

This technology can also be used for reverse shoulder replacements — when the ball goes where the socket was and the socket goes where the ball normally is — which are becoming more common these days. The technique costs about £500 more for the NHS; it would be hard to justify the additional expense for everyone.

Currently we decide on a case-by-case basis after assessing the anatomy of the glenoid and how uneven the wear is when looking at the pre-operative CT scans.

We will only know how effective this technique truly is in ten years once we’ve seen the long-term results. But I believe if we have the technology, we may as well use it.