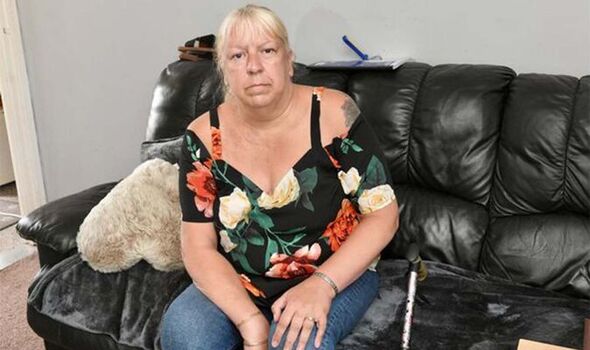 Tracey Cook, 54, says she had been in good health while working three jobs in 2008. However, years later, she was forced to stop working and stay at home because she was too tired to do anything due to a debilitating lung disease.

When Tracey first visited the doctors about her shortness of breath, she was told it was hypersensitivity pneumonitis caused by an allergic reaction.

However, the issue persisted for years and her symptoms significantly worsened. In February this year, after a harrowing doctor’s appointment at Castle Hill Hospital, she learned it was something more sinister.

According to the Hull Daily Mail, the mum-of-three was diagnosed with Pulmonary Fibrosis – a lung disease that scars lung tissue, causing severe shortness of breath.

At the clinic, she was told there is no cure for it or treatment that can stop or reverse the scarring of the lungs. One of her only options would be to undergo a lung transplant. She said: “I was heartbroken when I found out. They asked me how I would feel about a lung transplant and I was gobsmacked and didn’t know what to say, I am only 54.

“This disease causes my oxygen levels to drop, sometimes below 80 and I just can’t do anything. I am too tired to do anything, it has ruined my life.

“Sometimes you want to do things in life but I cannot. I wanted to go out the other day and I could not handle it and had to sleep instead, I am tired all the time. The fatigue is awful and the breathlessness I get really frightens me.”

The heartbroken woman said she had never heard of the illness before she was diagnosed with it, but understands this will change her life for the worse. Because of her own experience, she wants to now raise awareness for the illness as she believes many other people who may be living with mild symptoms could unknowingly have it.

Tracey adds she does not know the cause of her illness. Pulmonary Fibrosis usually affects people who are around 70 to 75 years old and is rare in people under 50. The symptoms tend to develop gradually and get slowly worse over time. According to the NHS, the symptoms can include shortness of breath, a persistent dry cough, tiredness, loss of appetite, and weight loss.

The NHS website states: “Many people ignore their breathlessness at first and blame it on getting old or being out of shape. But eventually, even light activity such as getting dressed can cause shortness of breath.”

In the coming weeks, Tracey will be returning to the hospital to see what options lie ahead for her.